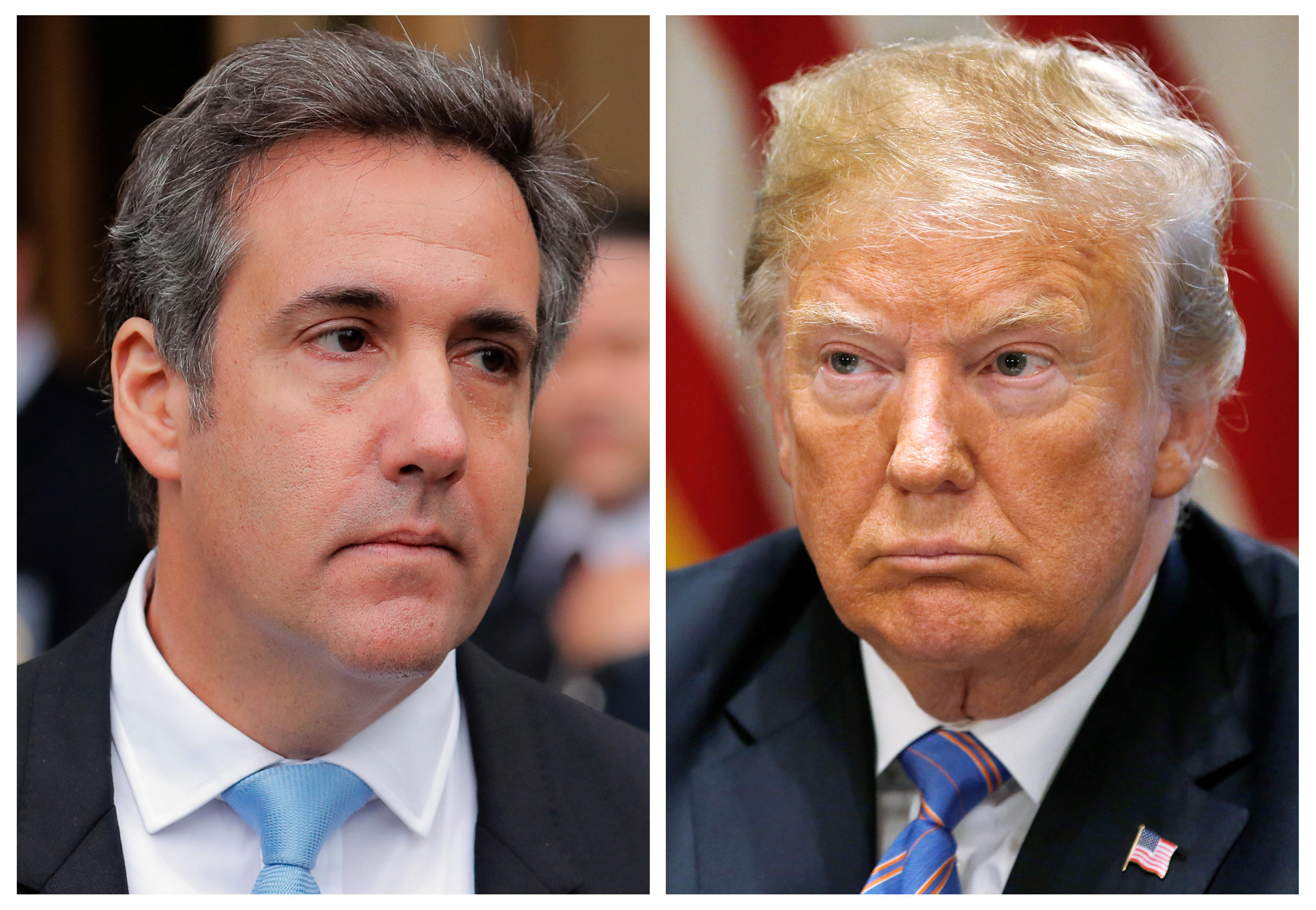 That's what New York City radio host Mark Simone told me on his talk show Thursday morning, even as the wave of Michael Cohen media coverage crashed around us.  He was genuinely surprised by my suggestion that Cohen's plea deal—and his admission of committing a crime at the best of the president-- is a problem for Trump.

"It's not even illegal," Simone assured me. And he's hardly alone.

Anti-Trump cable-news hosts may be hopping up and down over the news, pundits may be declaring Trump the "Crook-in-Chief," but the American Right is just raising an eyebrow.

Message: All is well.

"Donald Trump is in the clear," national radio talker and attorney Mark Levin assured Sean Hannity Tuesday night. "The general counsel for the Clinton mob family, Lanny Davis, he had his client pleaded two counts of criminality that don't exist."

"There is no legal authority on whether paying a woman to keep her mouth shut constitutes a campaign contribution. It strikes me as a foolish interpretation of the law, and forcing Cohen to plead guilty to the 'crime' of paying off Ms. Clifford doesn't transform it into a crime."

And then there's the man in charge:

Or, as White House spokesperson Sarah Huckabee Sanders put it a half-dozen times in the first three minutes of Wednesday's press briefing: "There are no charges against him.  The president has done nothing wrong."

This may sound preposterous — particularly coming from evangelical Christians who are part of the "values voters" movement—to say the president hasn't done anything wrong.  After all, if nothing else, Donald Trump had (at least) two affairs and paid hundreds of thousands of dollars to keep them silent — but Trump's supporters have decided to embrace their inner Bill Clinton and parse words extremely carefully.

And so when they are confronted about supporting a man whose lawyer says they broke the law together, the response is "No charges were filed."

And since the White House and no small number of legal scholars believe President Trump can't be indicted on these crimes while in office — or at least that Robert Mueller isn't willing to indict under current Department of Justice rules, then it's a perfect, pro-Trump circle:

The president hasn't done anything wrong because he hasn't been indicted, and he can't be indicted because he's president.

Trump supporters are quick to point out that Paul Manafort's crimes occurred long before his stint as Trump's campaign chairman, and they're right. But Trump undermines this defense by tweeting out his praise for the convicted tax cheat:

I feel very badly for Paul Manafort and his wonderful family. "Justice" took a 12 year old tax case, among other things, applied tremendous pressure on him and, unlike Michael Cohen, he refused to "break" - make up stories in order to get a "deal." Such respect for a brave man!

In fact, Paul Manafort is the sort of corrupt, DC swamp-dwelling insider many of Trump's voters sent him to Washington to war against. But for Trump's talk-radio base, any enemy of Robert Mueller is their friend.

In fact, the Mueller probe has transformed into a shield used by Trump supporters to defend him.  Anything that isn't collusion isn't a crime.

As the Michael Cohen news broke, Matt Schlapp of the American Conservative Union tweeted out  "So all this illegal activity. Strange, I see no 'Russian collusion' in any of the breaking news. Odd."

Hugh Hewitt, another attorney-turned-radio-talk-show host followed a similar line, declaring Wednesday morning that neither Manafort nor Cohen "have connected the president to Russian collusion or conspiracy. And no collusion means no impeachment."

When confronted over the alleged criminality on the front page of the papers, Hewitt responded "The Russia investigation is the central investigation. A president is not going to be removed over campaign finance laws."

And for the moment, that seems to be the Right's only requirement of Donald Trump: Don't get removed.