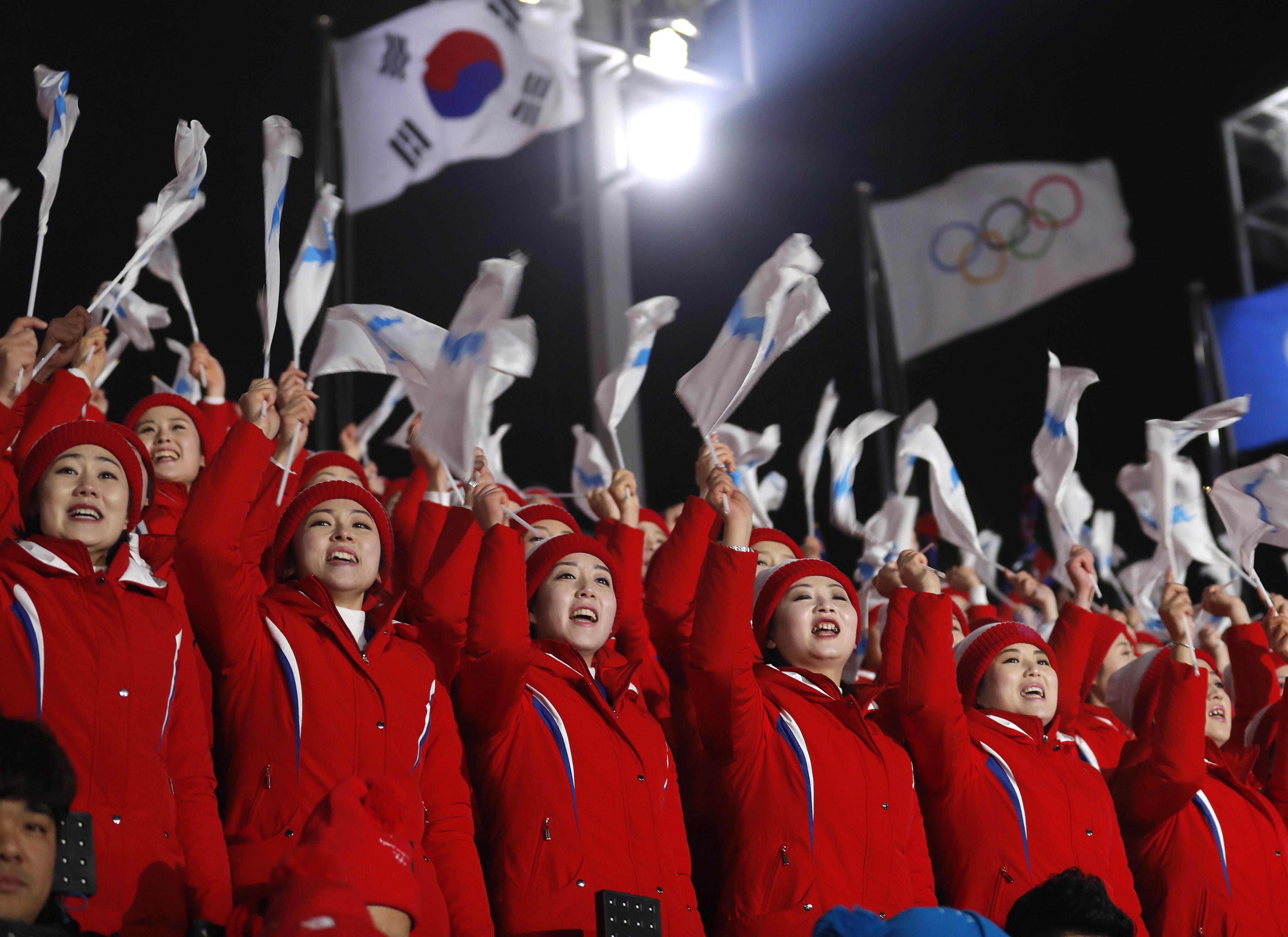 Olympic games are inevitably full of surprises -- from the U.S. men's hockey win over Russia in 1980 to the improbable Jamaican bobsled team in 1988. But could anyone have anticipated that media liberals would be celebrating a member of the brutal Kim regime on the front pages of America's newspapers?  Everyone knows the press hates President Trump. But who knew they hated him enough to make a hero out of one of the most deadly dictators in history?

"Without a word, only flashing smiles, Kim Jong Un's sister outflanked Vice President Mike Pence in diplomacy," was the headline at the New York Times.  The Washington Post called the sister, Kim Yo Jong, the "Ivanka Trump of North Korea," and described her as "captivating."

No doubt, "stealing the show" is an improvement over the Kims' usual approach -- for instance, using poison to assassinate family members at foreign airports.

If the murder of Kim Yo Jong's brother occurred as believed, it's likely the "captivating" Ms. Kim knew about it.  When she's not being celebrated by the press for giving a "deadly side eye" to Vice President Mike Pence (a Twitter comment by the Washington Post's Philip Bump he later deleted), Kim Yo Jong oversees propaganda for the public executioners of the North Korean government.

"A key part of the North Korean system of enslaving people is total control of the media, of the information people are allowed to consume there," says Korea expert Ethan Epstein. "She is the director of the department that oversees it. If there is the perfect poster person for the war on the North Korean people's psyche being waged by the Kim regime, it's Kim Yo Jong."

And it's not just a war on their psyches. Human Rights Watch published a report in 2014 on a U.N. Commission of Inquiry that found that abuses in North Korea had no parallel in the contemporary world. They include extermination, murder, enslavement, torture, imprisonment, rape, forced abortions, and other sexual violence. A veritable worker's paradise.

Even more off-putting than the media's praise for Ms. Kim is its cheerleading for the regime's (literal) cheerleaders. "First stars of the Olympic Games have emerged -- North Korea's cheerleaders" is the headline at the Wall Street Journal.

ABC News reported: "Clad in coordinated outfits of red with white and blue accents, North Korea's throng of more than 200 cheerleaders are stealing the spotlight at the 23rd Winter Olympic Games."

Much harder to find is reporting about who these women are: hand-picked by the regime, under constant surveillance.  "Women with family members missing or living abroad do not qualify, as they could pose potential flight risks," the Korea Herald reported.

According to another South Korean newspaper, 21 North Korea cheerleaders who traveled south in 2006 for an international event and then talked about what they saw when they returned home ended up in a prison camp.

As Epstein observes: "It's actually sort of perfect that the cheerleaders are getting this attention because they are the perfect representation of the way North Korean society is set up: Millions of people with no individual characteristics performing at the beck and call of the regime.

Or as international political analyst Ian Bremmer put it: "North Korea's cheering squad is an amazing spectacle. But they're human hostages of a criminal regime. It's the most heartbreaking thing we'll see at the Olympics."

Conservatives point out that the same Trump haters who accuse him of being a borderline dictator seem to have no problem celebrating members of an actual dictatorial regime; that progressives who insist Trump wants to create a "Handmaid's Tale"-style dystopia in America are delighted when a look-alike cast of literally-living-in-slavery women are used as props by a despotic regime.

According to at least one analysis, North Korea has suffered under one of the 10 deadliest regimes in modern history -- making it onto the same list as Nazi Germany and Soviet Russia. The willingness of some in the media to celebrate it as a way to throw shade on the Trump administration confirms everything the #FakeNews crowd on the Right already believed.