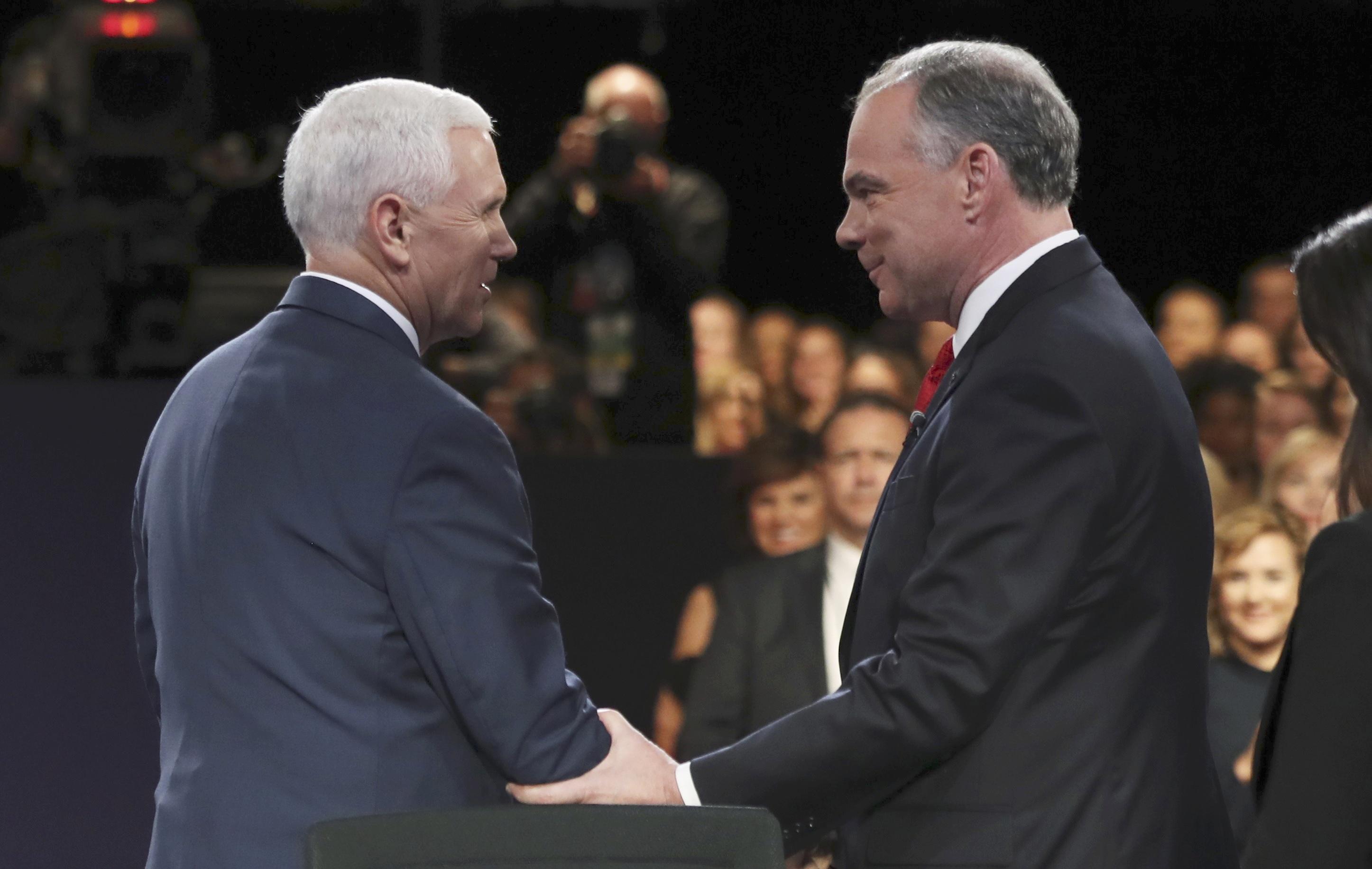 Let’s get the easy, obvious point out of the way first: Mike Pence won that debate, and won it handily. Does it matter? Well, I’ll get to how it might in a moment. But let’s first talk about why and how Pence won.

Pence is of course a successful politician, but he’s never really been seen as – how to put this – well, he’s never been seen as one of the sharpest minds the GOP has in its roster. He’s not a guy you associate with intellectual depth, like Paul Ryan, or having new ideas on where to take the party, like Jeff Sessions.

On Tuesday, though, he at least seemed studied, well-versed, polished. He knew his stuff, and appeared at ease talking about it. That’s an accomplishment for a guy who’s not really all that experienced when it comes to tight races and high-profile debates, which just adds to the sting of Tim Kaine’s loss.

Kaine went into this debate as the favorite. Hillary Clinton wonthe last debate, and did it easily. Donald Trump, meanwhile, keeps giving endless rungs of ammunition to his opponents, which meant Pence would have to defend a guy who is often so bad at defending himself. The initiative, from the onset, belonged to Kaine.

And yet Kaine squandered it. For a guy with such political experience at the local, state, and now national level, he seemed weirdly out of touch with the ways normal humans think and talk. He was all arched eyebrows and smug interruptions, which is a particularly bad tactic against a naturally folksy, seemingly earnest guy like Pence.

At times it felt more like Kaine was running to be the president of a big D.C. think tank like the Brookings Institution. When he tried to defend Hillary Clinton’s tenure as secretary of state, for instance, it was all Beltway insiderisms and platitudinal gobbledygook about “the community of nations.” Not exactly stirring stuff.

Kaine is getting points from some pundits for being a better running mate than Pence, as the latter mostly shied away from defending his boss on specifics. In the process, though, Kaine tarnished his own aura of sincerity, which has perhaps been his most consistent political strength. He came across as slippery.

His Clinton boosterism went too far, and was too dependent on these canned lines the Democratic ticket seems so enamored with. “You really are Donald Trump’s apprentice,” Kaine said early, apparently thinking it was quite the zinger. It wasn’t, and that line and the many others like it made him feel too rehearsed and inauthentic. Save it for the spin room, Democrats.

Back to Pence. By seeming polite, knowledgeable and, most importantly in this ongoing freak show of an election, normal, Pence may have reassured some voters that a Trump White House would at least have one sane, functioning adult walking around.

That’s faint praise, sure, but if you’re a voter who’s inclined to vote for Trump as a change agent but worried he’s not stable enough for the job, a little reassurance could go a long way. In 2000, Dick Cheney’s presence on the Republican ticket surely helped win over some voters worried about George W. Bush’s lack of depth. If Pence can pull a similar trick for Trump, he’s earned his keep and then some.

Both Pence and Kaine were chosen, in part, because they’d be comfortable being rarely seen and rarely heard, and neither would ever threaten to overshadow the top of the ticket. Their dullness is by design.

It’s probably best that the Clinton campaign continues to keep Kaine in a box. But if I were on Team Trump, I’d probably want to reassess that strategy when it comes to Pence, and get him out there more. He may be boring, but in a year like this, boringness can be an awfully attractive thing.