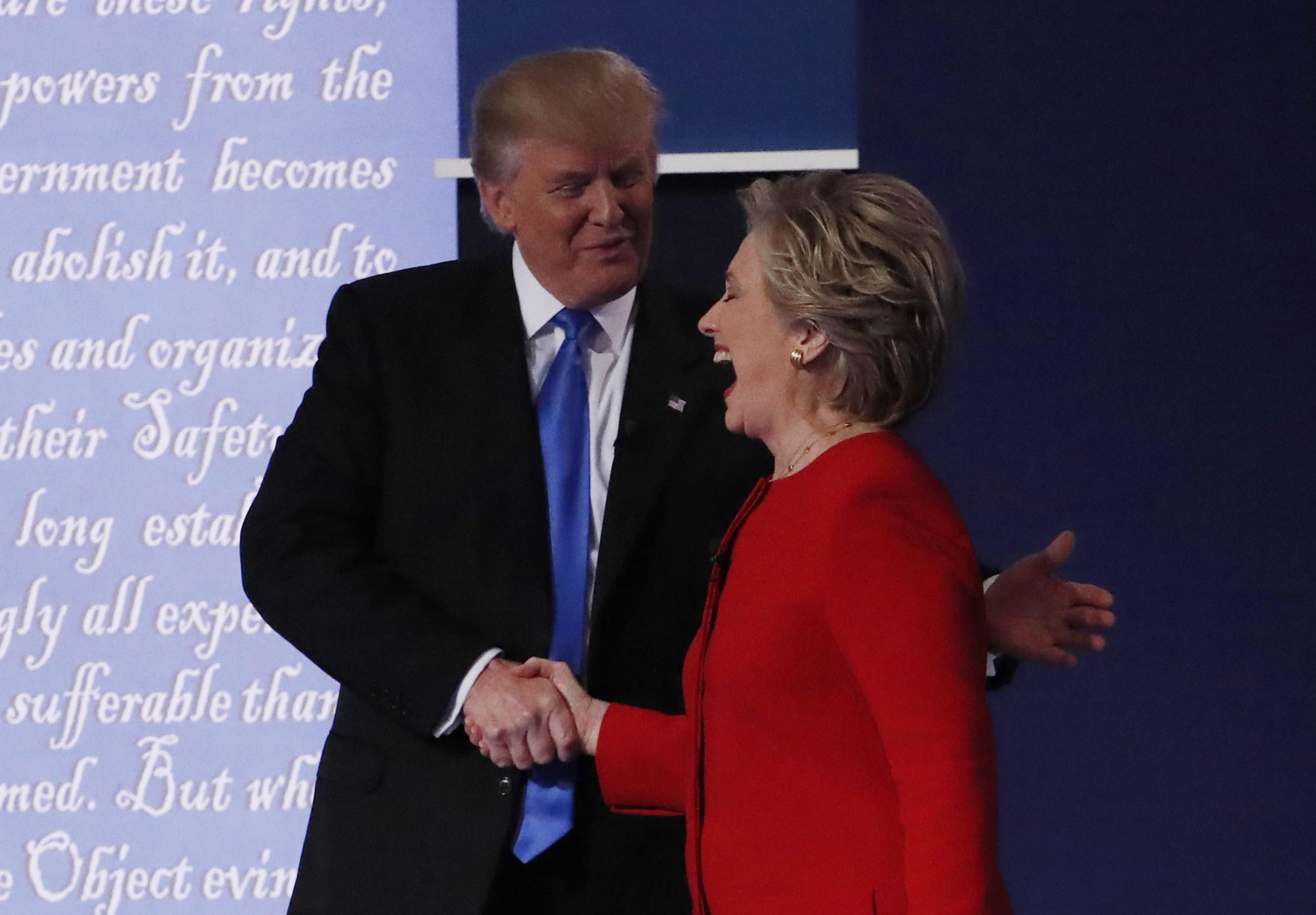 Hillary Clinton won that debate. Or, rather, Donald Trump lost it.

Here’s what I mean by that. Normally, what really lingers in the mind after a presidential debate is an own goal. Think of Al Gore looking like an uptight prig as sighed through his debate with George W. Bush in 2000, or Marco Rubio’s New Hampshire malfunction at the hands of Chris Christie.

That brings us to Trump’s Monday night and a performance that could be very charitably described as uneven. What was the worst moment, I wonder, the one that we’ll all be talking about in a week?

Was it when he directly attacked Clinton’s looks before that ugly pivot to her “stamina” at the end? His “birther” answer and shots at Sid Blumenthal, a person most Americans have never heard of? Or how about his persistent interruptions of the first female major party nominee, a tactic unlikely to endear him to Main Line mothers?

I think my favorite was when he said Clinton had been fighting ISIS her entire adult life. Usually, I think I understand what Trump is trying to get at, trying to communicate. That one, however, left me totally stumped. Please feel free to leave your suggestions on how that should be interpreted in the comments.

Clinton’s performance was less-than-stellar, which may be just a meaner way of saying it was good as we ever could have expected. She has this tendency to look very self-satisfied after delivering a zinger that’s clearly been crafted by someone else in Brooklyn and then tested on voters in a fish tank. It’s grating.

But Clinton looked presidential, in command of the facts, in command of the room. Trump sensed that he’d lost the initiative early, and lashed out. He looked cornered, his eyes at times flurrying around the room as if he were facing off multiple enemies at once. Newt Gingrich has a similar tick when he feels he’s losing; at his worst, in moments like these, Trump comes off like Newt without the intellect, which is a scary thing indeed.

So two scenarios, moving forward. The first is that Trump is finished. He got smoked on Monday night, coming across as too ignorant, narrow-minded and, most importantly, erratic. (Here’s a word you’ll be hearing a lot the next few days or weeks: temperament, as in the one Trump doesn’t have to be president.)

Clinton clearly hoped to have Trump lose his cool, she succeeded, and maybe – to make a reference her team will get – this is the moment when President Bartlet sent his Bush-esque opponent packing.

Scenario two begins with the observation that Trump had a tendency to, by many accounts, lose debates during the primaries, yet always kept his lead. “Maybe this really is the start of a decline that will be as quick and remarkable as his rise to the top of the polls,” some idiot wrote at The Daily Beast after Trump’s performance at the Reagan Library debate in September 2015. (Full disclosure: that idiot was me.)

Yes, yes, this isn’t the primaries anymore, but there should always be a hesitancy to proclaim that Trump has been vanquished. In fact, there have been so many “Trump is finally finished” pieces written since the late 1980s that it might qualify as some kind of journalistic subgenre.

But he’s still there, still standing, still quite close to the presidency. So maybe this does not lead to some collapse. And if doesn’t, well, there are two more of these presidential debates to go. Some will remember that Mitt Romney was widely seen as the winner of his first presidential debate with President Obama in 2012, an outcome that led to some genuinely entertaining liberal pundit freak-outs.

My bet is that Trump manages to survive this. He’ll take a hit in the polls, perhaps a bad one. But this doesn’t quite feel like the moment that finishes him off completely, if only because Clinton’s flaws are still there in abundance, and the more fire Trump takes, the more weirdly sympathetic he can look.

Plus, just to repeat myself: there are two more debates left, in addition to a Mike Pence vs. Tim Kaine fight. In a presidential year, October can be very long month.