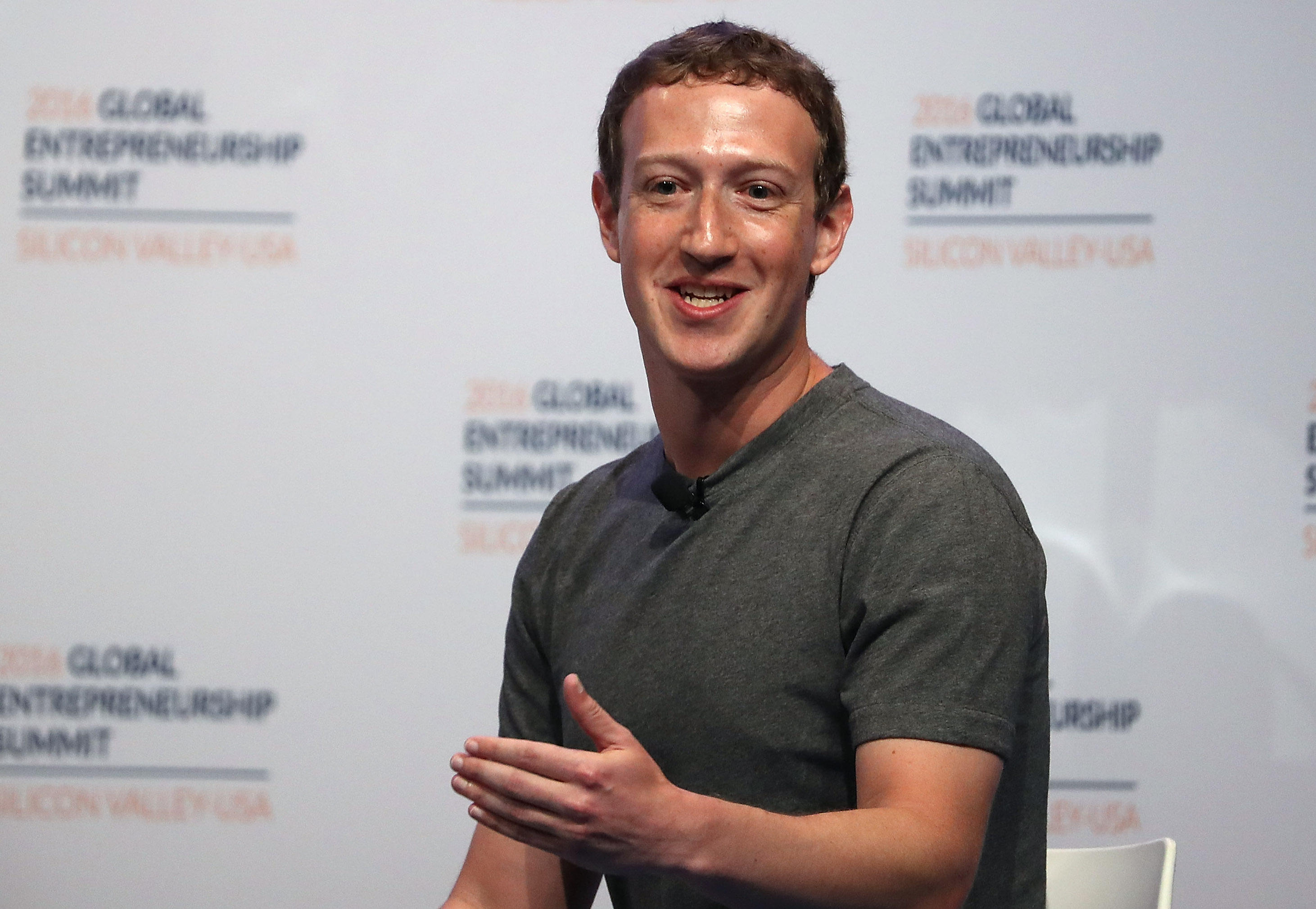 If Mark Zuckerberg doesn't want to be president, he has a peculiar way of showing it.

He's gone on a national listening tour. He's dining with gruff-looking union folk in the heartland. He recently spent a shift at a Ford plant in Michigan. He's renounced atheism and decided that religion is a good thing. So, at the risk of sounding cynical, it certainly seems like he's at least exploring the possibility of running for national office in the near-ish future.

Why wouldn't he? Polls have routinely found that he not only has near-universal name recognition, but that people actually kind of approve of him.

Moreover, Zuckerberg is almost certainly some kind of genius. He invented a tool that changed the world, and has since proven to be a remarkably effective CEO, which is an exceedingly rare combination of gifts. "The Social Network" portrayed him as a creep, but in reality all available evidence suggests he's a relatively stable family man.

And in the Age of Trump, is it wise to discount any famous person's political ambitions, no matter how comically implausible they seem at first? Despite being one of the world's richest men, Zuckerberg would be able to credibly run as an outsider. He could essentially crowd-source his platform via Facebook – who in the world has more information about what people do and don't like than him? Plus, given his enormous personal wealth, he could spend a couple billion dollars of his own money and still have tens of billions left over.

What would his platform look like? Well, let's first assume that it's broadly liberal, in keeping with his somewhat progressive public statements over the years and the center-left milieu of the tech industry.

He would probably run as a technocrat of the Mike Bloomberg school, someone more interested in solutions than ideology etc. etc. In fact, we can expect his vision of the world, at least the one delivered publically, will involve a lot of dodgy clichés like that – hastening innovation, lowering the barriers to success, bringing people together, and all the other odious feel-goodisms that pass for deep thought in Silicon Valley.

Maybe that's a message that will resonate, one that prioritizes efficiency above everything else. Wouldn't it be nice if everything the government does just worked a little better? If the services it provided were just 10 percent improved, and maybe even cost a little less?

There's an audience for such thinking, particularly among pundits and other members of the managerial class. Zuckerberg's resume would allow him to credibly make that pitch to his would-be employers, that he's the kind of guy who excels at identifying problems and fixing them in creative ways. He could, in a sense, run as a kind of millennial Mitt Romney, only a little left leaning and less wedded to the brutal capitalism of outsourcing and union busting.

So what's the problem with Zuckerberg? Well, there's the obvious, which is that he's neither particularly attractive nor charismatic, unlike Emmanuel Macron, another rich centrist outsider who he's sure to be compared to. There's also something robotic about him, and something smug, a sense that he believes he's better than us.

But these are somewhat shallow concerns, and there are deeper faults to consider.

Let's start with Facebook, and more broadly the great experiment in social media that it initiated. It's too soon to say whether social media was good for the country, or for that matter the world. But at this point it's evident that there exist major downsides to all of the programs that keep us in constant, instant contact.

Facebook is the place where people lie to their friends. Everyone on Facebook is doing well, is happy, is loved and loves others. Look at this party I went to! Look at my beautiful new nephew! Meanwhile, back in "meat space" – to use the Silicon Valley term – we know these people, or at least some of them, and realize that their lives are harder and sadder than they're letting on.

We see pictures of the party, but not the hangover. We see the baby, but have heard how the family is fraying, and that the dad can't keep a job. On social media, every one of us is a brand and therefore must think like one. People used to hold the advertising industry in low esteem, but the mechanics of worlds like Facebook are a heavy incentive for everyone to think and act like their own personal Don Draper. Perhaps this isn't entirely a bad thing, but it's distorted the way we look at ourselves and each other in ways we're only beginning to understand.

Facebook is probably the most anodyne of social media networks, which is saying something considering how the "fake news" published there is now supposedly a threat to Western democracy. Still, it's better than the amazing cruelty seen everyday on Twitter, so it's perhaps fair to give Zuckerberg a bit of a pass.

But we also need to consider what a Zuckerberg presidency would represent – a capitulation to Silicon Valley and it's way of thinking about the world. Our government is human, and therefore deeply imperfect, but at least our sweaty retail politicians tend to see voters as the flesh-and-blood people that they are.

The titans of the new economy, meanwhile, don't see people like that; instead, they see numbers that fit into grand algorithms, with appetites and desires and grudges that can all be quantified and manipulated. Zuckerberg is this philosophy in human form, and would look at America the way Robert McNamara looked at Vietnam – as a set of problems to be worked out on a spreadsheet.

There are tremendous dangers to this worldview, whatever benefits it could provide in terms of efficiency and output and metrics like that. There's a soullessness to it that we all recognize, and should Zuckerberg eventually make the jump into politics, it's an issue that will dog him the entire time.