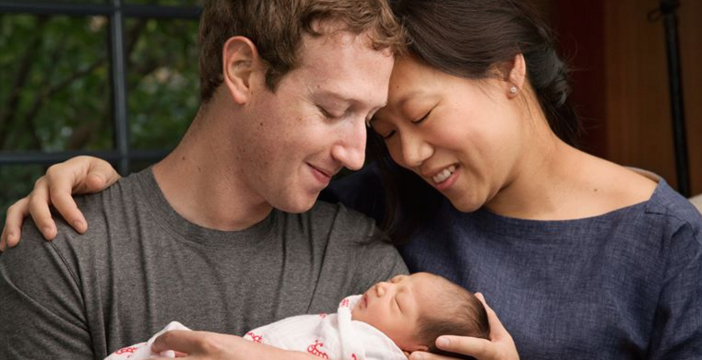 Days after announcing he would donate billions of dollars to charitable causes over his lifetime, Facebook CEO Mark Zuckerberg has drawn some backlash from critics who questioned how that money would be used.

On Tuesday, Zuckerberg and his wife, Priscilla Chan, announced the arrival of their baby daughter Max and pledged to donate 99 percent of their Facebook shares over the course of their lives to the Chan Zuckerberg Initiative.

Those shares are currently worth some $45 billion. The couple said they set up the initiative with the mission to "advance human potential and promote equality in areas such as health, education, scientific research, and energy," according to its Facebook page.

But after Zuckerberg got a windfall of positive publicity, critics started to question his motives and where the money will go.

The controversy stems from the initiative's status as an LLC, or limited liability company, rather than a nonprofit.

"Zuckerberg is not 'giving away' 99% of his FB wealth. He's 'donating' his FB shares to an LLC that he controls, for minimizing taxes," Twitter user @ollieblog wrote.

Zuckerberg is not "giving away" 99% of his FB wealth. He's "donating" his FB shares to an LLC that he controls, for minimizing taxes.

"And b/c Zuckerberg's thing is an LLC, he can give to political organizations, SuperPACs, all that stuff, w/money that was never taxed," tweeted ProPublica reporter Jesse Eisinger.

And b/c Zuckerberg's thing is an LLC, he can give to political organizations, SuperPACs, all that stuff, w/ money that was never taxed.

"A charitable foundation is subject to rules and oversight. It has to allocate a certain percentage of its assets every year. The new Zuckerberg LLC won't be subject to those rules and won't have any transparency requirements," Eisinger explained in a piece published in the New York Times.

"The donation has been characterized a little too simplistically as an outright charitable donation of 99 percent of his wealth," Robert Willens, one of the country's foremost corporate tax experts, told CBS News.

"Certainly it could wind up being that if he directed all of the LLC's funds to charity," Willens added, noting that such charitable arrangements are becoming common among wealthy people. "But the jury is still out regarding what percentage of his wealth will be directed to charity."

To try to address these concerns, Zuckerberg took to the the social media network he helped found.

"The Chan Zuckerberg Initiaitve is structured as an LLC rather than a traditional foundation. This enables us to pursue our mission by funding non-profit organizations, making private investments and participating in policy debates -- in each case with the goal of generating a positive impact in areas of great need," Zuckerberg wrote on his public Facebook. "Any net profits from investments will also be used to advance this mission."

"We receive no tax benefit from transferring our shares to the Chan Zuckerberg Initiative," Zuckerberg wrote. "And just like everyone else, we will pay capital gains taxes when our shares are sold by the LLC."

In fact, he noted that had they donated shares to a more traditional nonprofit foundation, they would have received "an immediate tax benefit."

Zuckerberg said that by using this financial approach, "we gain flexibility to execute our mission more effectively." For example, he said, "our education work has been funded through a non-profit organization, Startup:Education, the recently announced Breakthrough Energy Coalition will make private investments in clean energy, and we also fund public government efforts, like the CDC Ebola response and San Francisco General Hospital."

Willens agreed that for Zuckerberg, the main benefit of shifting his shares to an LLC is control over how the funds are ultimately used.

"He wanted to have more flexibility to invest in profit-making operations," Willens said. "He didn't want to be constrained by rules that govern foundations and other tax-exempt entities, while having maximum control over the funds -- and what's wrong with that?"

As for the suggestion that Zuckerberg's and his wife's formation of an LLC means the money may not actually go to charity, Melissa Berman, CEO of Rockefeller Philanthropy Advisors, whose clients include wealthy families and corporations, downplayed the notion. "They are clearly fairly visible people. If no giving, or impact or social purpose investing ever came of this LLC, I think people would pay attention to that."

In the Facebook post Tuesday first announcing his plans, Zuckerberg said the Initiative will focus on "promoting equality," an objective that Gabriel Zucman, an economics professor at the University of California, Berkeley, found commendable -- and ironic.

"Promoting equality starts with paying one's taxes," Zucman said in an email to CBS News, while noting that Facebook shifts billions of dollars of profits to zero-tax locales like the Cayman Islands. "If billionaires are free to choose how they contribute to society, why shouldn't I? Why do I have to pay taxes?" asked Zucman, who criticized the stance taken by Zuckerberg and other Silicon Valley billionaires as harming the social contract and very goals he "pretends to pursue in his letter."

Like other U.S. multinationals, Facebook has used a range of accounting techniques to minimize its taxes. Those include funneling profits to tax havens overseas, a practice critics say deprives the U.S. government of revenue.

Zuckerberg previously signed The Giving Pledge, joining an elite group of billionaires like Warren Buffett, Bill Gates and Richard Branson in declaring he would give away more than half his fortune over his lifetime.

But some of his past philanthropic efforts have missed the mark. In 2010, Zuckerberg made a splash by announcing on "Oprah" that he was donating $100 million to turn around the failing public school system of Newark, New Jersey.

Five years later, that plan is widely regarded as a failure. Tens of millions of dollars were spent on restructuring and shifting children to charter schools, but "those changes were really not transformational, as hoped," Dale Russakoff, author of "The Prize: Who's in Charge of America's Schools," told CBS News.