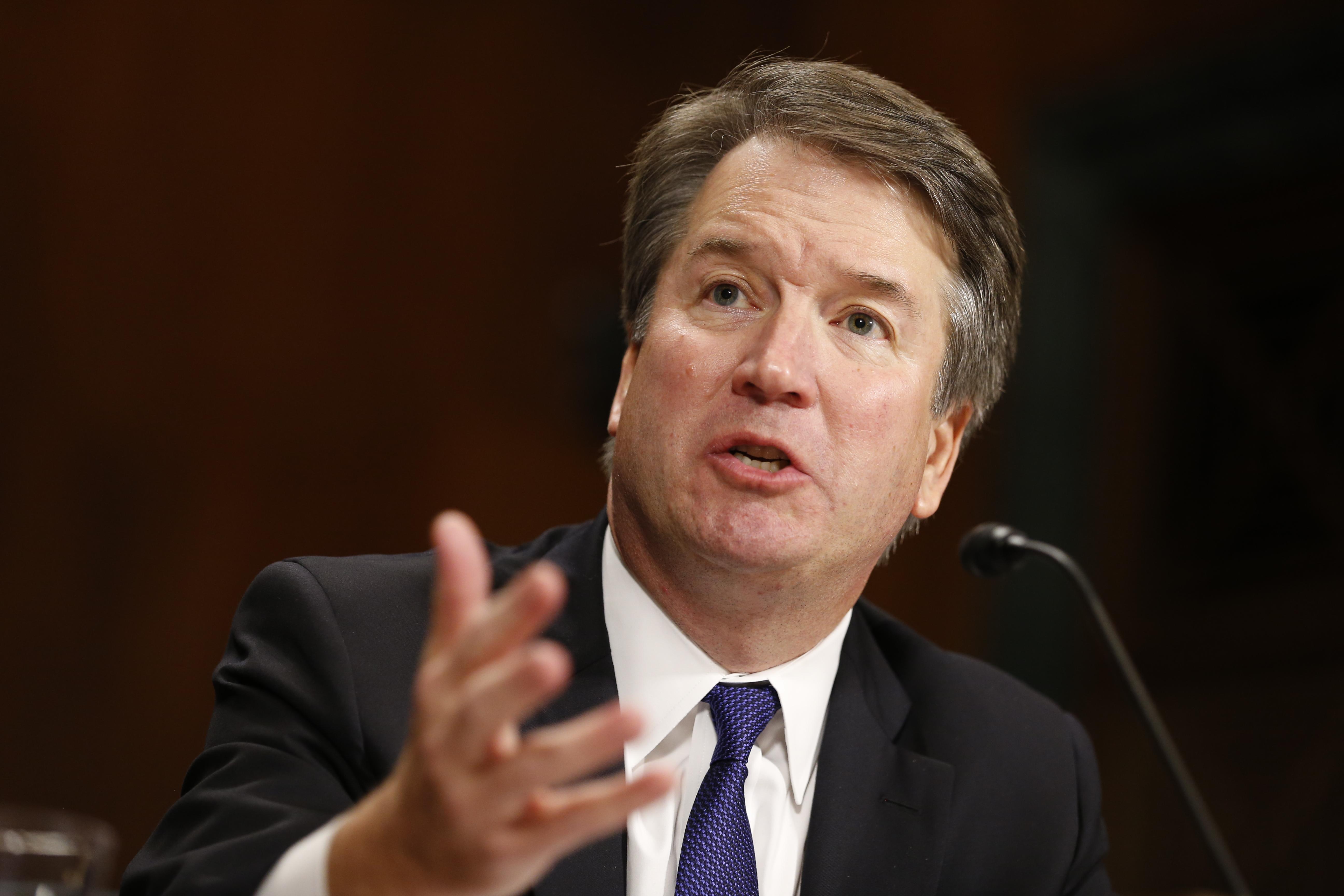 To quote the lady in the TV insurance ad: "That's not how any of this works."

We don't send the FBI to "investigate" alleged sexual assaults from 36 years ago. We don't do CSI: Senate Judiciary Committee. And we don't stand in the way of Supreme Court justice nominees based on activists ambushing senators in elevators.

There were many powerful and moving moments this past week in the Kavanaugh confirmation story. It was impossible to watch Dr. Christine Ford recount her memories of a sexual assault and not feel for her. The same for the righteous anger of Judge Kavanaugh, a man who believes he's the victim of a great injustice.

But there was another moment that scared some on the Right even more: The scene of a U.S. senator trapped in an elevator by anti-Kavanaugh activists, bullied by the power of their passion into changing the policy for picking a judge.

"Don't look away from me," activist Maria Gallagher screamed at Sen. Jeff Flake of Arizona. "That's what you're telling all women in America, that they don't matter. They should just keep it to themselves because if they have told the truth you're just going to help that man to power anyway."

Voting to confirm Judge Kavanaugh isn't "telling women they don't matter," any more than voting against him is telling men that if they're ever accused without evidence of a sexual assault, they deserve to have their lives destroyed. Feelings aren't evidence.

If Flake really wanted an FBI investigation, he was always free to push for one. And perhaps these additional interviews by the FBI will turn up some evidence that has thus far been missing. But if, as reported, he caved in part due to the frantic-but-fact-free screaming of impassioned protesters, this is yet another frightening moment for reason and the rule of law.

Our institutions have rules for a reason -- it's how things work. Without them, you end up with what former assistant U.S. Attorney Andrew McCarthy describes:

"It is a Kafkaesque criminal trial in which Kavanaugh must establish his innocence, his accusers must be presumed credible because of our #MeToo moment, and nothing dispositive can happen until the FBI conducts a full-blown investigation of decades-old allegations of state-law offenses that the Bureau has no jurisdiction over, and that no state would proceed on."

U.S. senators shouted down in elevators and chased out of restaurants. Screaming Code Pink protesters in the Senate gallery. Senate Democrats literally declaring that a man accused of a heinous sexual assault in a case with no corroborating evidence isn't entitled to the presumption of innocence.

Haven't these people read "To Kill a Mockingbird?" Don't they realize that the emotional mob Atticus Finch must face down ... is them?

There's nothing wrong with people being emotional. But if we're going to let emotion override the judicial process, if we're going confirm or reject judges over feelings instead of their records, then the point of the courts is lost already.

"Since Dr. Ford's allegations, the Democratic base has been motivated by what it sees as a sense of fairness and justice -- which has meant denying basic fairness to Judge Kavanaugh," says Chris Scalia, son of Justice Antonin Scalia. "We should hope that this attitude doesn't spread to our courts, but if Americans decide they want judges who emphasize empathy over the rule of law, it may."

Why do we have a Supreme Court -- or any court -- in the first place?  Is it to decide who is the most sympathetic, or who comes across as a jerk? Is it to punish people for being too richer or too poorer, or for coming from a privileged or unpopular group? As in "I know rich, prep-school punks like Kavanaugh -- he must be guilty!"

The Right simply has a fundamentally different view of the court. "Conservatives rightly see the courts as a place to vindicate the rights the Constitution recognizes, while liberals see a 'living Constitution' that works like a legal 'Mad Libs' to create rights without bothering to consult with the voters," says Kurt Schlichter, a Los Angeles area attorney and author of the new book Militant Normals. "A constitution is supposed to be a foundation document fora stable society," Schlichter says, "not a mere annoyance to be overruled by angry protesters."

There's quite a bit of "it's just politics" talk around the Kavanaugh case. Of course the Democrats sat on the letter from Dr. Ford. Of course the call for an FBI investigation is just a delaying tactic. Of course Democrats don't believe that everyone who got drunk in college is disqualified from the Supreme Court. It's all just politics.

For many Americans, it's not. Some people actually believe the accusations they hear and assume there's some evidence to support them. If the day comes when there's a vote, and in the absence of evidence Republicans vote to defend the principle of "innocent until proven guilty," many Americans will have been convinced a "convicted" (in the media and in their minds) sex offender is sitting on the highest court in the land.

This is one reason. Sen. Lindsey Graham was so angry over the treatment of Judge Kavanaugh. Graham doesn't support the jurisprudence of Justices Elena Kagan or Sonia Sotomayor. But the Democrats won the White House and sent over qualified people. So he voted for them. In fact, the last four SCOTUS nominees picked by Democrats got twice as much bipartisan support than the last four picked by Republicans.

When Graham says Republicans "would never do what you've done to this guy [Kavanaugh]," he's right.  Bork, Thomas, Kavanaugh -- All picked by Republicans. All trashed as awful people by Democrats.

Even in the new era of "Party Uber Alles" politics, that's not how any of this is supposed to work.