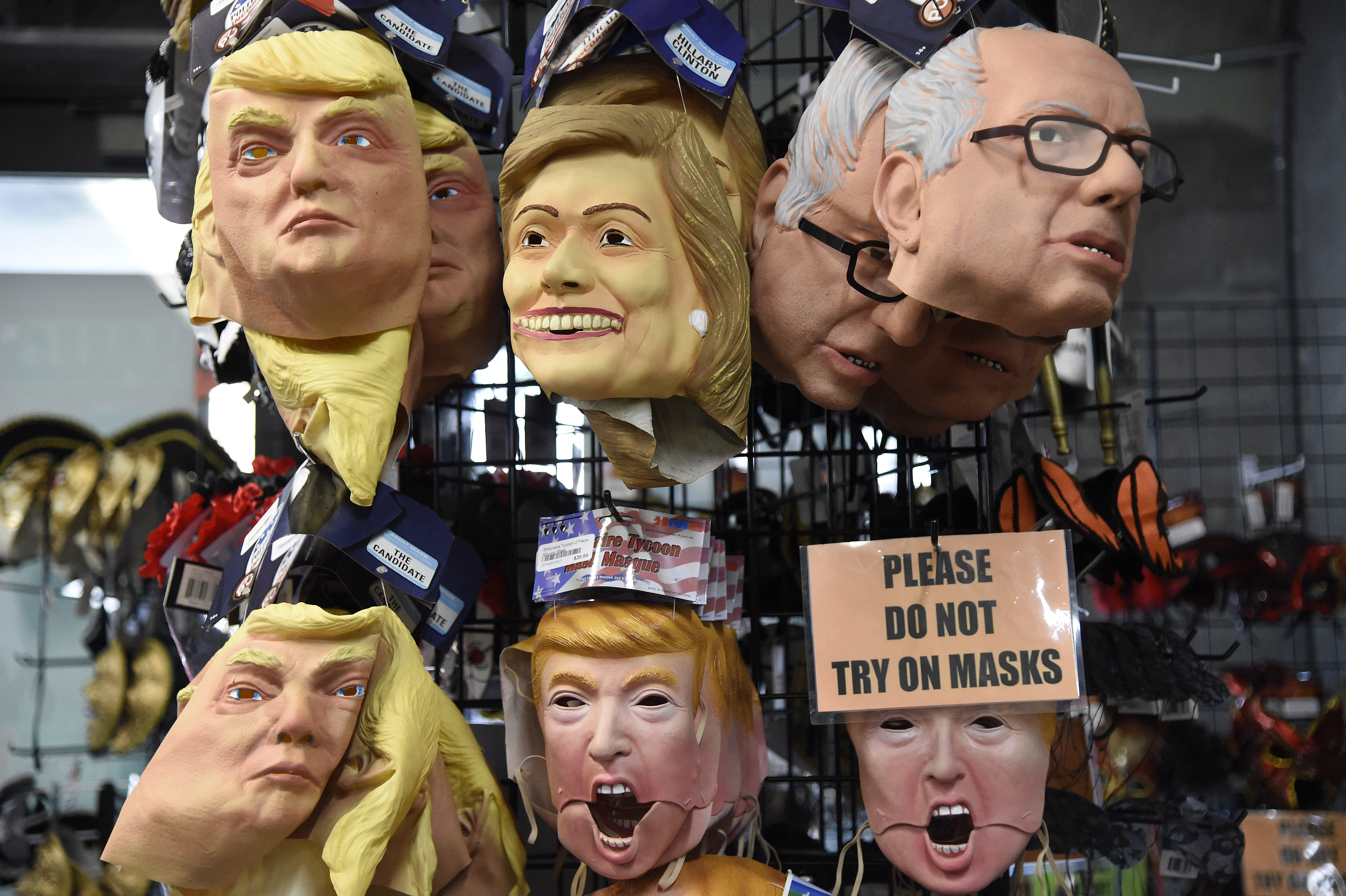 Though we're several years out, we nonetheless already have a sense of the basic shape of the 2020 presidential contest.

On the one hand, we'll have a snakebit and polarizing Republican incumbent who's been largely ineffectual at pushing through a domestic agenda. On the other will be his principal challenger, who will come from the Bernie Sanders wing of a Democratic Party that's moved decidedly leftward, likely embracing positions like single payer that were until recently seen as non-starters in American politics.

More on how all that shapes out in a moment. But first we should realize that, if all that happens, another path to the presidency will have suddenly opened up.

Centrist pundits and much of the political donor class have long dreamed about some charismatic moderate making an independent run at the White House. This fantasy has long been derided by most political observers, and for good reason, because putting aside the obvious difficulties of running outside the two party system, the "centrist" always looks decidedly unappealing to anyone outside a tiny demographic of moneyed elites. The last attempt at generating such a candidate, a well-funded scheme called Americans Elect, collapsed in 2012 despite a spate of glowing profiles in the press.

Obviously, however, our politics have gotten a whole lot weirder since 2012. It can no longer be said that both parties are cut from the same essential ideological cloth, and that it doesn't really matter if voters choose Kang or Kodos to lead them. The vision of America offered by Donald Trump on one side and Bernie Sanders on the other are indeed starkly different.

A few months ago, a well-known political scientist put it to me this way: America had JV politics, with the two parties mostly in agreement about the major issues of the day, while Europe had varsity politics, with the major parties giving voters real choices between capitalism and socialism and how their countries would operate in the global order.

That dynamic is now flipped, he said, with the major European countries working together against radicalism, while over here the GOP and the Democrats adhere more and more to the vastly different wishes of their respective bases.

It seems reasonable to expect, then, that at some point soon a real vacuum will emerge at the center of American politics where there wasn't one before. Trump will run on a record of trying to weaken the social safety net, albeit with a lot of symbolic populism, insult comedy, and a tendency toward retreating from the world stage thrown in. The Democratic nominee will respond with promises of massive new government programs, a renewed emphasis on the needs of marginalized and sometimes miniscule groups, and a colossal tax bill to prepare the way for a new, fairer America.

Maybe, just maybe, we'll come to see there's quite a bit of room between those poles.

There are good and serious arguments that the Democrats will benefit from moving left in the long run, particularly when it comes to economic issues. But Democrats, particularly those of their youthful base, perhaps underestimate how hard it will be to sell these ideas on the stump.

Take single payer, which is quickly becoming a consensus issue for Democrats. Progressives have been pushing hard to set up such a system at the state level in places like Vermont and California. And time after time, Democratic legislators scuttle these plans once they take a glance at the price tag.

In California, for example, Democratic Assembly Speaker Anthony Rendon has become the bête noire of Golden State activists for putting the kibosh on a single player plan once a study found it would cost some $400 billion. The latest California state budget, meanwhile, was just $125 billion in total.

In New York, where progressive Democrats in the state legislature are trying mightily for a similar plan, taxes are estimated to essentially double if single payer is enacted.

And during the 2016 presidential campaign, the liberal-leaning Urban Institute estimated that Bernie Sanders' health care plan would cost a whopping $35 trillion in debt and new spending. Even if that number is wildly overstated, and you're really just looking at $10 trillion, we're talking a massive tax hike that will be paid in part by the middle class, not just the "millionaires and billionaires" of the one percent.

Given the choice between Trump's mean-spirited haplessness and a far-left Democrat who promises social justice via trillions in new taxes and new spending, you can figure a lot of folks might go shopping for a third option. In such a scenario, it stands to reason that a lot of American voters would be looking for an Emmanuel Macron of their own.

Who could this person be? Off the top of my head, here's a list of people who just might be mulling an independent centrist run: Mike Bloomberg, Joe Scarborough, John Kasich, Howard Schultz, Mark Zuckerberg, Oprah Winfrey, Dwayne Johnson, and Sheryl Sandberg. Most of these people could finance such a campaign out of pocket, and would have no shortage of allies within the media. And if it seems implausible that any person I just listed could become president, please recall that the current incumbent is Donald Trump.

The caveats: Figuring out a winning centrist platform would be difficult, and running without a party infrastructure would be an enormous challenge. The two-party system is, after all, as old as the republic itself. The wrong candidate with the wrong message would quickly turn into John Anderson 2.0.

There's also some chance that Trump doesn't run, or that Democrats nominate someone a bit more moderate. But besides Joe Biden, it's hard to imagine any plausible Democratic candidate surviving the primaries without appeasing a newly energized left that is anxious to give something like socialism a shot. Moderate and left-leaning Democrats might be able to forge a compromise and settle for a public option, although Republicans would quickly note that this is really a backdoor way of getting to single payer, and all the new taxes that would ensue with it.

Differently, some polls have shown a greater willingness among voters to experiment with single payer, although other polls have indicated they're less enthused once they're reminded that tax money will pay for it. Still, it's not impossible that a lefty like Elizabeth Warren could beat Trump in 2020, given the president's myriad defects.

However, if there was ever a year for a centrist independent to beat the odds and make a credible run for president, 2020 is already looking like it's it.

Doug Emhoff speaks at lighting of National Menorah
Will Rahn