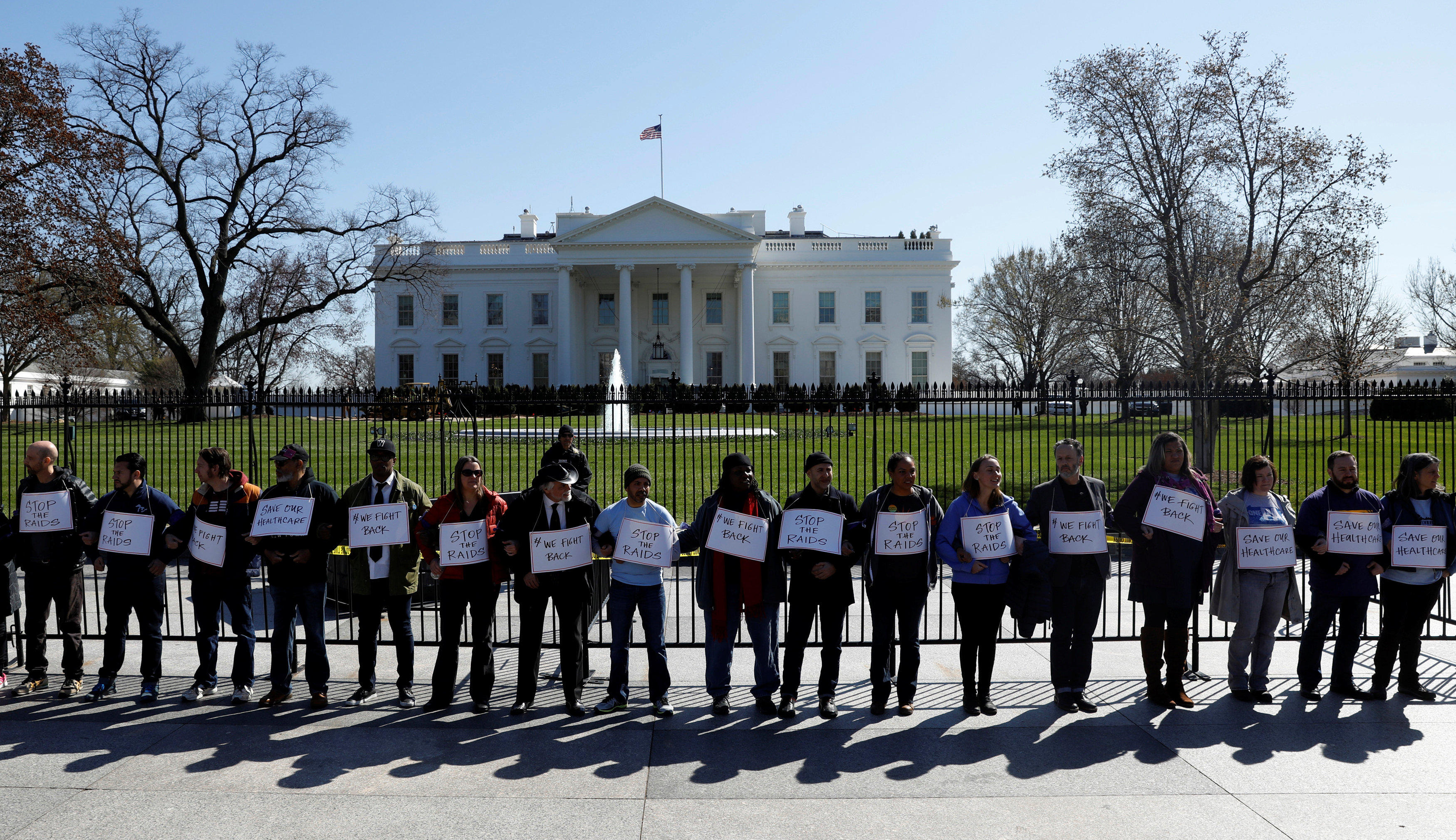 The liberal looks at a decimated Democratic Party and GOP control not only of the federal government, but also of a majority of state legislatures. And bad as the typical Republican president is to them, Trump seems like something far worse: a racist, a sexist, a crook, perhaps even a traitor. This has led to the newfound enthusiasm for conspiracy theorists such as the former British MP Louise Mensch, who according to Buzzfeed has now accused more than 200 people, without evidence, of working with or for the Kremlin.

The conservative, meanwhile, sees a dysfunctional GOP unmoored from respectable ideology. Despite its political victories, conservatism still looks like a losing proposition. To some extent, this sense of defeatism is baked into the conservative temperament; when Whittaker Chambers defected from communism, he told his wife they were leaving the winning side for the losing one.

Yet the conservatives' despair is perhaps even more acute than it was when Chambers came aboard and joined National Review in the 1950s. Back then, at least, they had a slowly rising movement, and an ideology they found serious and worth fighting for. They had a plan, too: the hostile takeover of the GOP, and then the levers of power in Washington.

They got all that. And for what? A government that grows bigger by the day? A charlatan like Trump?

To the conservative, the culture wars are over, and they lost. Now it's all rearguard actions; retreats, compromises. They've moved on from fighting against gay marriage to just arguing that florists shouldn't be compelled by the law to take part in them. One way or another, they know they'll lose that fight too.

We see this desperation play out daily in both camps. Liberals flirt with illiberalism; see Howard Dean's nonsense assertion the other day that Ann Coulter's "hate speech" isn't protected by the First Amendment, and the sympathetic airing that speech restrictions then received in The New York Times.

Dean, it should be noted, is something of a milquetoast liberal at a time when Bernie Sanders is his Party's greatest draw. Dean isn't a radical – he's a former DNC chair. The Times' opinion page is an organ of the center-left. Why would either play footsie with an idea so pernicious as limiting their opponents' speech?

Because they have a bone-deep fear that their project is all coming undone, that's why. Centrist liberalism increasingly looks like the next great loser of American politics, doomed to be replaced by either the young, militant hard left of the college campuses or conservatism-light.

In order to preserve it, some of them feel, it may be necessary to censor their enemies. We fought fair and lost. Time to fight dirty, like they do. It is, in a sense, a mirror image of what conservatives decided to do when Obama came to office. "Read your Alinsky!" their pundits yelled. Learn to fight like them, to put heads on sticks.

Even the right-populists feel like they're losing, despite Trump's victory. Barack Obama celebrated his victory as the moment the seas would stop rising. Before that, Karl Rove talked about George W. Bush's quasi-win in 2000 as the start of a permanent Republican majority. Steve Bannon talked a bit like that after the election, but that was before Kushner and company pushed him off on an ice floe.

Trump's White House now seems poised to embrace populism at a symbolic level – look, it's Sarah Palin and Kid Rock in the Oval Office! We're sure to see more of that kind of posturing when Trump celebrates his 100th day in office at a rally in Pennsylvania. But as far as economic policy is concerned, it's a clique of elite Manhattan Democrats, not the populists, who have taken command.

Trump is conservatives' sense of hopelessness made flesh. He won a greater share of the evangelical vote than any other presidential candidate in modern history even after he told them he had never felt the need to ask God for forgiveness. Republicans broadly fell in line behind a man who obviously cared little for their beliefs.

Professional moralists felt duty bound to try and protect a man they suspect is corrupt, spiritually and otherwise. The most prominent intellectual defense of him during the campaign, pseudonymously written by now-White House aide Michael Anton, was open in its desperation, comparing support for Trump to the storming of Flight 93's cockpit.

It's a remarkable, and perhaps unprecedented, moment in our history. No matter where we stand ideologically, everyone in the mainstream gets the sense that we've somehow already lost, that some past battle has already decided the long war's outcome in our opponents' favor.

If anyone has momentum in our politics today, it's the forces on both the left and the right with an authoritarian bent – the commissars of the quads, the would-be stormtroopers organizing in their online tunnels. Call it a crisis of late capitalism or the inevitable eroding of our national character. Either way, when we feel that we've been defeated, we know in our hearts that the suspicion is at least somewhat correct.