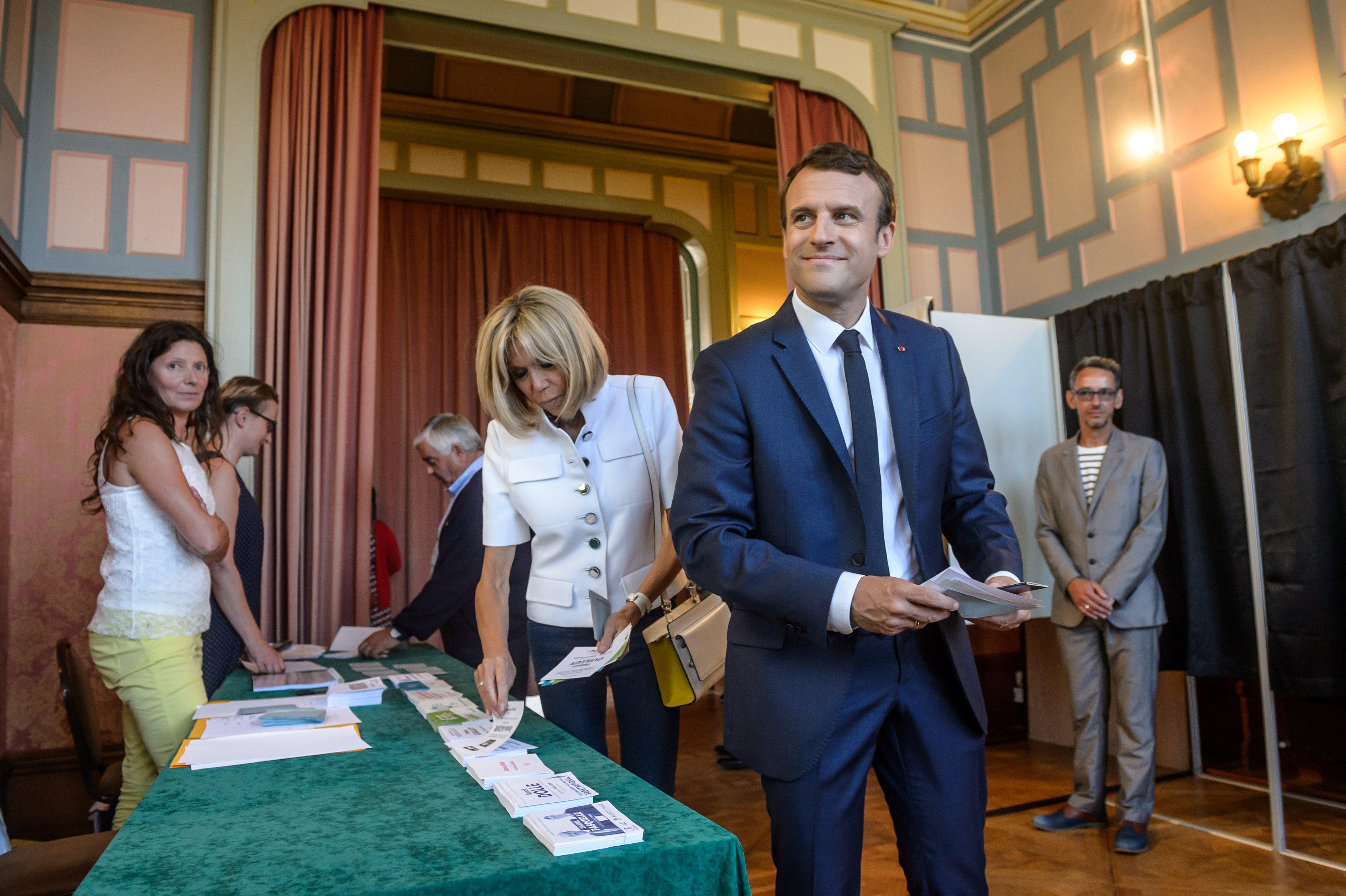 Saying "France is back," Prime Minister Edouard Philippe pledged to move ahead quickly with bold reforms to French worker protections and security policy.

Philippe said voters sent a "message without ambiguity" in the first round elections Sunday that they want a parliament with a "new face." Macron's Republic on the Move party is projected to win a strong majority in the second round June 18.

The prime minister also thanked security services for protecting voting stations and ensuring a safe vote after a string of deadly extremist attacks.

Runner-up in France's presidential election, Le Pen urged "patriotic" voters to turn out en masse in the second round June 18 and boost her party's small presence in the National Assembly. She hopes to be a strong opposition force, but her party is only projected to hold about a dozen seats.

She also slammed the electoral system as unfavorable to smaller parties like hers.

The head of the conservative Republicans party, Francois Baroin, also urged voters to turn out in larger numbers next week to help ensure that Macron's party faces a robust opposition.

French voters stayed away from the polls in large numbers Sunday and were expected to deliver a comfortable majority for Macron to make good on his promises of far-reaching change for France.

The turnout rate was 41 percent by late afternoon, according to the Interior Ministry. That was down from 48 percent in the first round of the last parliamentary elections in 2012.

The voter apathy suggested a sharp drop in voter interest in an election that even Macron's opponents felt was largely lost in advance, with the president's Republic on the Move! party widely expected to secure a majority.

"I think people don't realize how important these elections are," said Pamela Guillou, who voted in the northern town of Henin-Beaumont, where Le Pen was hoping to win a legislative seat for the first time.

"With all the promises that they've made and that they never hold, there's less and less people who go out and vote," he said.

A total of 7,882 candidates were running for 577 seats in the National Assembly. Under France's election rules, low turnout could see fewer candidates advance to the decisive second round next Sunday.

Polls suggest voters will strongly favor Macron's party and dramatically shake up French politics, punishing the traditional left and right parties and leaving no single strong opposition force. An absolute majority for Macron's party would enable him to implement campaign promises to simplify labor rules and make it easier to lay off workers in hopes of boosting hiring.

The government outlined the main themes of a major labor reform that has already angered French unions and is likely to prompt tensions over the summer.

Macron also plans to quickly pass a law to strengthen security measures - effectively making the state of emergency permanent, after multiple Islamic extremist attacks in France -- and another one that he says will put more ethics into French politics.

The government needs a new National Assembly in place to vote on the bills.

Macron called on French voters to give him a "majority to make changes" on the night of his victory May 7. "That's what the country wants and that's what it deserves," he said.

A minimum of 289 seats is required to secure an absolute majority.

Latest polls suggested Macron's movement could potentially win as many as 400 seats.