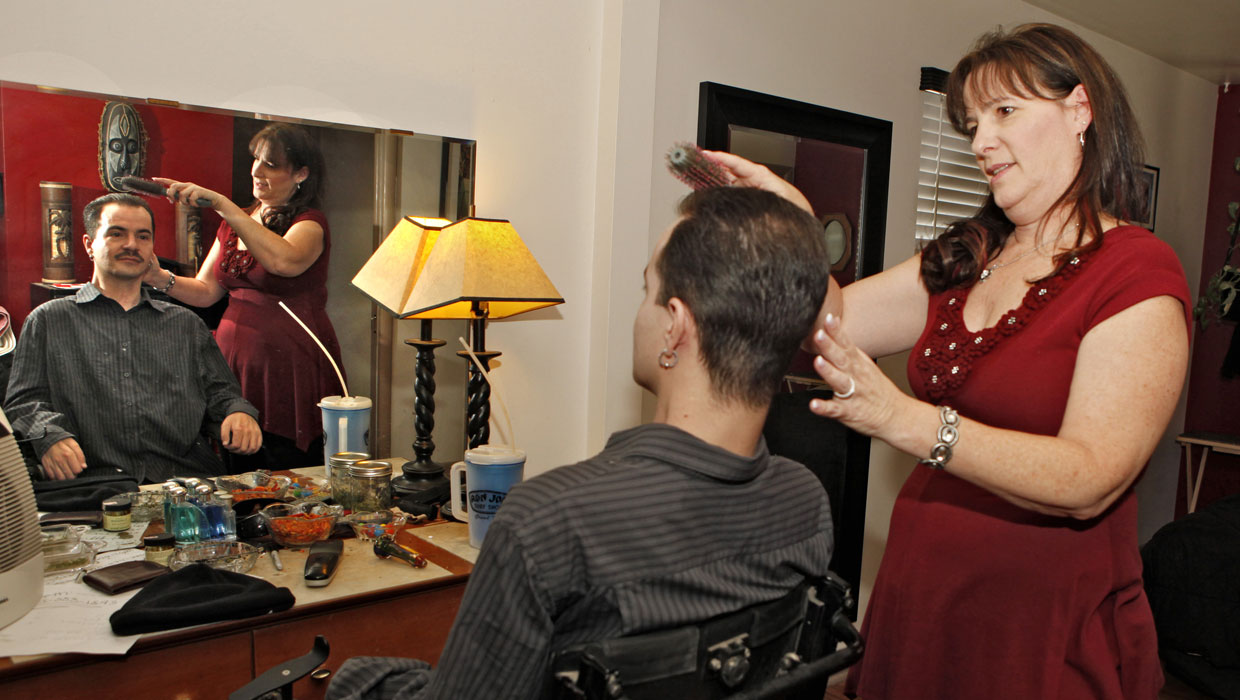 DENVER People who test positive for smoking pot can legally be fired from their job, the Colorado Court of Appeals ruled Thursday in deciding that there is no employment protection for marijuana users.

In a split decision issued on Thursday, the court said marijuana use is still barred by the federal government, even though state-licensed marijuana use has been approved by voters and is considered lawful.

"For an activity to be lawful in Colorado, it must be permitted by, and not contrary to, both state and federal law," the appeals court said.

The case involves Brandon Coats, 33, a telephone operator for Englewood, Colo.-based Dish Network LLC. Paralyzed in a teenage car crash, he's also been a medical marijuana patient in Colorado since 2009.

He was fired in 2010 for failing a company drug test, though his employer didn't claim he was ever impaired on the job. Coats sued to get his job back, but a trial court dismissed his claim in 2011. The judge agreed with Dish Network that medical marijuana use isn't a "lawful activity" covered by the law.

Dish Network did not return a call seeking comment. Coats answered the door Thursday at his Denver home but said he wanted to talk to his lawyer before commenting.

"This case not only impacts Mr. Coats, but also some 127,816 medical marijuana patient-employees in Colorado who could be summarily terminated even if they are in legal compliance with Colorado state law," Evans noted.

The ruling is expected to be appealed.

Morgan Fox, spokesman for the Marijuana Policy Project in Washington, called it a setback.

"It's unfortunate, considering how much support there is for medical marijuana, that employers don't see this like any other medication," Fox said.

The Marijuana Policy Project said the ruling appears to be limited to state law because it does not fall under the federal Americans with Disabilities Act.

Judge John Webb dissented in the 2-1 vote, saying he couldn't find a case addressing whether Colorado judges should consider federal law in determining the meaning of a Colorado statute.

Marijuana supporters say the courts are discriminating against them because Colorado's Lawful Off-Duty Activities law protects cigarette smokers from being fired for legal behavior off the clock and cigarette smoking is also legal in Colorado.

According to the Marijuana Policy Project, last year a federal appeals court ruled against a cancer survivor fired from his job at Wal-Mart in Battle Creek, Mich., after failing a drug test for marijuana.

The California Supreme Court also has ruled that people could be fired for testing positive for marijuana. The Legislature passed a bill to change that in 2008, but it was vetoed.

In 2009, the Montana Supreme Court upheld the firing of a medical marijuana patient who failed a drug test, but the decision isn't considered binding precedent since it was only a memorandum opinion.