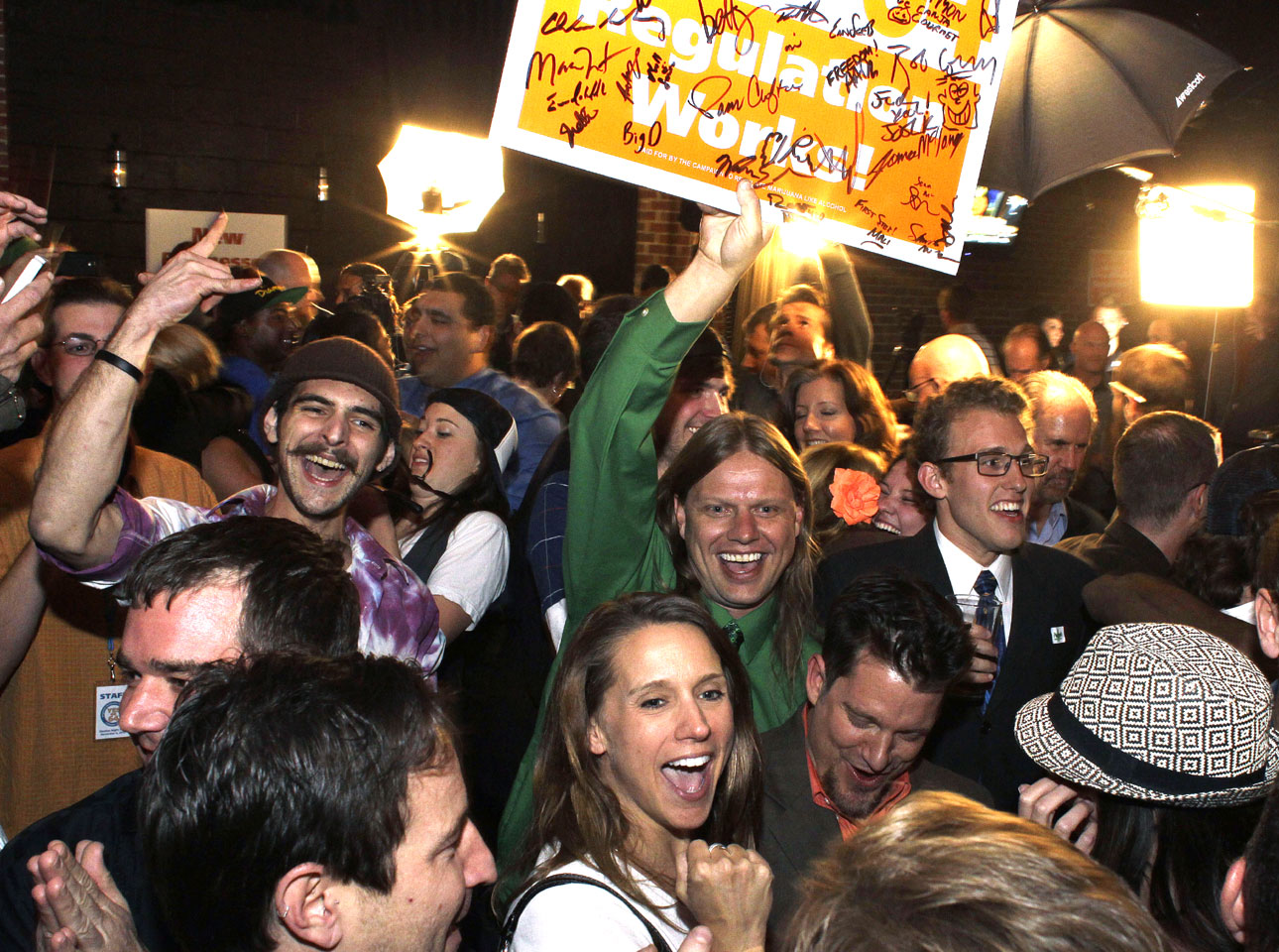 Jon Marley was driving down a snowy country road with a friend, smoking a blunt.

He had done it many times before; getting high, blasting some music and going for a drive. The 23-year-old from Tennessee said it used to be a favorite pastime of his.

These days, he doesn't recommend it.

"I was driving, going slow because it was icy, snowy. I was going 10 to 15 [mph] down these roads," said Marley, who founded the website WeedSmokersGuide.com. "It was secluded. I ended up going around this turn ... and I pushed on my brakes to slow the car down. The car didn't slow down, it went straight into the fence."

It was icy outside and could've happened to someone who was sober. But because he was high, Marley said he didn't "realize what was going on."

"I don't think people should be smoking marijuana and driving at all," Marley said.

Like many Americans, Marley was thrilled to learn that Colorado followed Washington State and is legalizing marijuana. For advocates of the drug, it was a major victory. For lawmakers, however, it's just the beginning in a long list of new regulations that need to be addressed, including driving under the influence.

And for a state government, dealing with DUIs involving marijuana is complicated.

"This is a bit of unprecedented territory, so trying to find the right approach has proven difficult and cumbersome," Rep. Dan Pabon, a Democrat appointed to the task force, told CBS News.

In simplest terms, it's difficult for legislators determine whether or not someone is too high to drive because different amounts of THC, the active chemical in cannabis, affect people differently.

Lenny Frieling, the chair of the National Organization to Reform Marijuana Laws (NORML), says the correlation between consumption amount and inability to drive is not as clear with marijuana as it is with alcohol. The higher one's blood-alcohol level, the more drunk they are -- most people above .08 are too intoxicated to drive, he said. That correlation is not as definite with cannabis, although Frieling notes that marijuana can impair driving. Studies show the drug can cause dizziness and affect attention span.

"We want people to have nice experiences, when something is being enjoyed recreationally," Frieling said. "Car crashes are not recreational."

Eric, a 25-year-old from New York, disagrees with Marley and says smoking weed actually helps him drive. He says he'll smoke when he's feeling tired because the drug makes him more aware.

"I notice the signs more, and the lights," he said. "I think it makes me drive better ... You just want to avoid trouble at all costs. It would be unfair if [the laws] were the same as drunk driving."

Eric, who asked CBS News not to publish his last name because possessing or selling marijuana is illegal in New York, said he's never been in an accident while high.

"My safety becomes way more important to me, just because of what the drug does to you," he said.

Current Colorado law states if someone is caught driving under the influence of codeine, prescription drugs, or marijuana -- Pabon calls it "drug-driving" -- law enforcement must then determine whether or not the person's ability to drive was impaired. But getting that type of proof is difficult.

The Task Force is brand new and they haven't chosen a direction they want to proceed in regarding a nanogram per milliliter limit, Pabon said.

One strategy definitely on the table will be "rebuttable presumption." In this situation, a person caught driving with a certain level of THC in their blood has the opportunity to defend their case and a jury later decides whether or not they were actually impaired.

That certain level, however, is what Colorado legislators are unsure about.

"What we're learning more about is how you measure impaired driving," Frieling, the chair of NORML, said. "If you can stand on one leg and bounce up and down does that mean you can drive or not?"

Pabon agrees there should be a limit, rather than a zero-tolerance policy. "Someone can be high speeding, but that doesn't necessarily mean that their level of THC caused them to speed. They could be a bad driver," Pabon said.

Even if smoking weed and driving is legal to an extent, Marley, the 23-year-old from Tennessee, said he wouldn't risk it. What happened in Washington and Colorado is a big deal, he said, and "you don't want to screw that up."

"They can retract those laws, and then you're back to square one, where [they think] we're just dumb people using it the way we shouldn't be," he said.

The Task Force, which consists of 24 members from all levels of local government, has two months to work out all the complexities of Amendment 64, according to CBS Denver. They are set to have their first meeting on December 17 and are expected to make recommendations by Febuary 28. Rules and regulations are slated to approve on July 1 of next year.