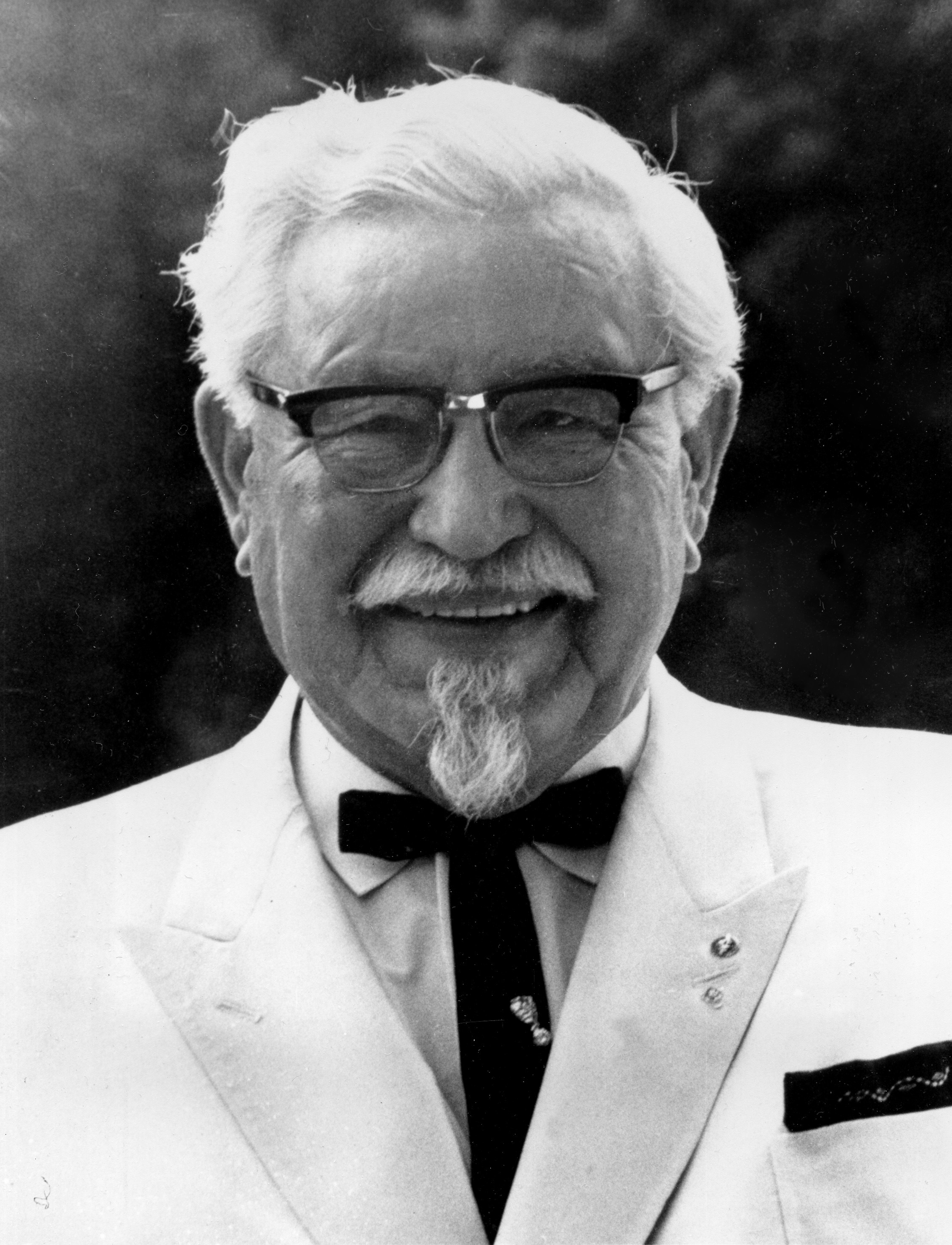 LOUISVILLE, Ky. - Not everyone was a fan of KFC founder and pitchman Colonel Harland Sanders, according to 1970s documents showing the FBI investigated a death threat against the creator of the chicken chain's secret recipe.

A hand-written note addressed to Sanders and his wife told the restaurant entrepreneur from Kentucky that he was in "grave danger of being murdered," according to a batch of newly released FBI documents involving Sanders. The threatening note told Sanders that "for details go to any recruiting station and call the Los Angeles Nike Missile Base."

The letter was signed by someone identified as "The General." The envelope containing the threat was postmarked Dec. 5, 1973, and had a return address in Los Angeles, according to the documents.

However, the threat wasn't reported to the FBI until February 1974 by someone at KFC. The informant's name was blacked out.

Sanders died in 1980 at the age of 90 after being stricken with leukemia. His mix of 11 herbs and spices launched the KFC chain, and the recipe remains one of the world's most enduring corporate secrets.

KFC spokesman Rick Maynard said Thursday that Sanders received millions of letters during his life and virtually all were positive. KFC is owned by Louisville-based Yum Brands Inc., which also owns Taco Bell and Pizza Hut.

"While it was prudent for the Colonel to take this isolated threat seriously, we have no reason to believe the anonymous letter was anything more than a prank," Maynard said in an e-mail.

The FBI files were first reported by the Lexington Herald-Leader on Thursday. The records were released on the FBI's website for publically released records, The Vault.

A federal prosecutor in Kentucky requested the investigation due to Sanders' "extensive travels and international reputation," the documents showed. The FBI's Louisville office opened the case after being notified, and leads were sent to the FBI's Los Angeles office to try to determine who sent the threat, said FBI spokesman Jason Pack.

Pack said the Sanders documents appear to be newly posted on an online resource of FBI records known as "The Vault." The Sanders information had been sought previously through a Freedom of Information Act request, he said.

The file shows that Sanders was interviewed about the threat. He told investigators that the letter arrived at his post office box in Shelbyville, Ky., where he lived. He said he didn't know when it arrived because he was away on a promotional tour in Canada. He said his mail had been left unattended for about 10 days. There was no indication why the threat wasn't reported sooner.

Sanders said at the time he had been in Los Angeles recently for a dinner at the Beverly Hilton hotel for City of Hope, a renowned cancer and medical research center. Sanders said there were no incidents during his stay in Los Angeles or in the recent past that would have prompted him to be the target of a threat, the documents indicated.

The U.S. Attorney in Louisville at the time said the threat did not appear to violate the federal extortion statute, but he requested a "limited investigation" because of Sanders' "extensive travels and international reputation," according to the documents.

Sanders was told the FBI "could not afford him protection," the files said. Local authorities were advised.

Sanders developed the chicken recipe at his restaurant in southeastern Kentucky and used it to launch the KFC chain in the early 1950s. In 1964, Sanders sold Kentucky Fried Chicken for $2 million to a group of investors.

Sanders remained the leading pitchman for the chain, and his likeness still remains central to KFC's marketing.