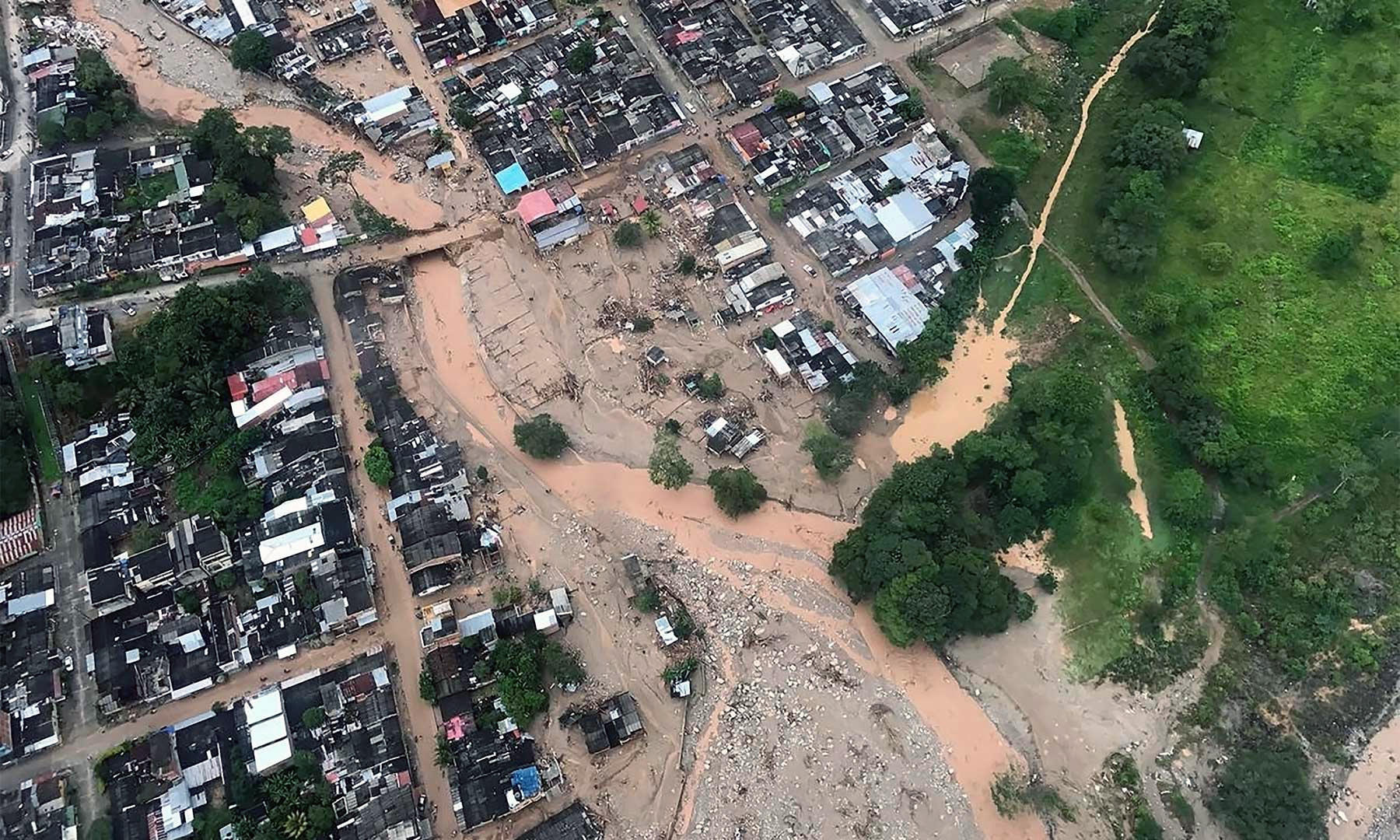 BOGOTA, Colombia -- An avalanche of water from three overflowing rivers swept through a small city in Colombia while people slept, destroying homes and killing at least 193 unsuspecting residents.

The incident triggered by intense rains happened around midnight in Mocoa, a city of about 40,000 tucked between mountains near Colombia’s southern border with Ecuador.

Muddy water and debris quickly surged through the city’s streets, toppling homes, ripping trees from their roots, lifting cars and trucks and carrying them downstream. Many of the residents did not have enough time to climb on top of their roofs or seek refuge on higher ground.

According to the Red Cross, 400 people were injured and 220 believed missing. President Juan Manuel Santos tweeted that 202 were injured.

Santos declared a state of emergency and said the death toll will likely rise but warned against speculating how many people remain missing.

“We don’t know how many there are going to be,” he said of the fatalities when he arrived at the disaster zone. “We’re still looking.”

Witnesses described feeling buildings vibrate and though an alarm reportedly went off to alert residents it could not be heard throughout the city. Videos residents posted online showed vast areas filled with wood planks and debris. Some could be heard calling out the names of people missing.

“In the middle of the night and this morning people lost loved ones,” Minister of Interior Juan Fernando Cristo said. “They lost families, boys, girls, young people, the elderly,”

The Red Cross planned to set up a special unit in Mocoa Saturday afternoon to help relatives search for their loved ones.

“In this moment, it’s chaos,” said Oscar Forero, a spokesman with the Colombian Red Cross. “There are many people missing.”

The slides washed away power stations, knocking out half of the electricity in the department of Putumayo, where Mocoa is located. The city’s water network was also destroyed.

Santos said that at least 200 people were injured, 22 of them seriously, for which they were being airlifted to nearby cities.

He blamed climate change for triggering the avalanche, saying that the accumulated rainfall in one night was almost half the amount Mocoa normally receives in the entire month of March. With the rainy season in much of Colombia just beginning, he said local and national authorities need to redouble their efforts to prevent a similar tragedy.

Herman Granados, an anesthesiologist at the local hospital, said he arrived early Saturday morning and worked throughout the night on victims. He said the hospital doesn’t have a blood bank large enough to deal with the magnitude of the crisis and was quickly running out of supplies.

He said some of the hospital workers came to help even while there are own relatives remained missing.