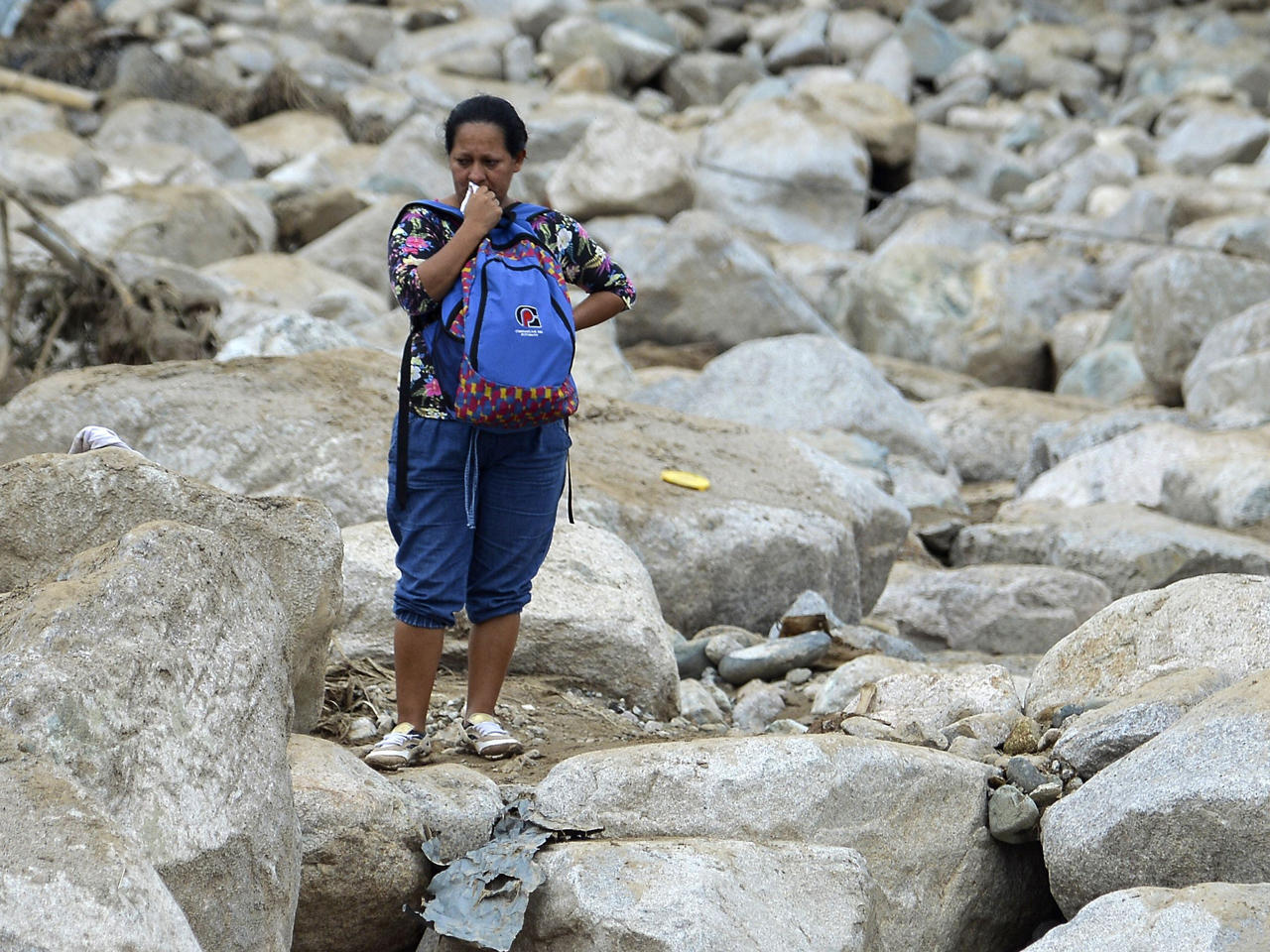 MOCOA, Colombia -- Jose Albeiro Vargas last saw his grandson the night a fierce rain came and unleashed havoc on this small city surrounded by rivers and mountains in southern Colombia.

From what the store owner has been able to gather, the torrents of mud, water and debris unleashed on the city of Mocoa by the rain-swollen river swept away his 18-month-old grandson, Jadir Estiven. On Sunday, Vargas was searching for the boy and the infant’s young mother, his daughter. The baby’s father survived.

“They were hit by the strongest avalanche,” said Vargas, the owner of a clothing store who was so tired from the search effort that he could barely open his eyes or speak.

He is far from the only person in Mocoa searching desperately for young loved ones. At least 43 children were among the confirmed dead from the devastating flood, according to President Juan Manuel Santos. Santos later wrote on his Twitter account that he had been informed the death toll had increased to 254.

The young may have been particularly vulnerable in this disaster because they were in bed when the floods surged through the city of 40,000 Friday night and early Saturday.

Maria Cordoba, a 52-year-old resident, said two of her nephews, ages 6 and 11, were killed when their house was destroyed. “The mother as well was totally beaten up” but managed to save her 18-month-old baby, she said as she used the river to try to clean items she salvaged from her home.

The death toll from the flood, one of the worst natural disasters to strike the country in years, was expected to rise as many people were injured or remained unaccounted for, and bodies were still being pulled from the thick mud, tree limbs and debris that covered much of the city. The deluge smashed houses, tore trees out by the roots and washed cars and trucks away.

Search-and-rescue teams combed through the debris and helped people who had been clawing at huge mounds of mud by hand. Many had little of their former lives left to search through.

“People went to their houses and found nothing but the floor,” said Gilma Diaz, a 42-year-old from another town who came to search for a cousin.

Dozens stood in the door of a hospital, hoping for news of family members who were not on the list of those confirmed dead or injured. Others frantically knocked on relatives’ doors, hoping to find someone with information about their loved ones.

A rescue worker in an orange jumpsuit emerged from one search area with the body of an infant wrapped in a towel. Not far away, Abelardo Solarte, a 48-year-old resident of Mocoa, held a child’s shoe as he helped clear debris.

“You have no idea how many kids there are around here,” Solarte said.

Jair Echarri, who came from a nearby town to help, also struggled to comprehend the loss of so many children. “I am a father and this breaks my heart,” he said.

Santos, who visited Mocoa for a second straight day Sunday, declared the area a disaster zone. The president said the avalanche of water and debris also destroyed roads and bridges, knocked out power in half of the province of Putumayo, where Mocoa is located, and destroyed the area’s fresh water network, creating dangerous and unsanitary conditions.

Mocoa is vulnerable to flooding. It is surrounded by the three rivers in a natural basin created by the surrounding mountains.

The danger has grown worse in recent years because of deforestation, which eliminates some protection from runoff, and because many people built their homes close to the water. But the triggering event was rainfall of more than 5 inches that began late Friday.

“The rain fell on Mocoa with an intensity and force that was without precedent and devastating,” Santos said. “It rained in two hours what falls in a month in Bogota.”

A 1989 hydrology report for the Agricultural Ministry warned that just such a disaster could happen unless steps were taken to reinforce the riverbanks, channel water away from the town and restore some of the forest. It was not immediately clear why those steps had not been taken.

Juan Chanchi de Ruiz, 74, said the noise of the surging flood woke her up and gave her enough time to get to higher ground. Her house was unscathed, but several neighbors’ homes were heavily damaged and many people fled with some of their belongings.

“Around here, there’s nobody. Everybody left,” she said.

Colombian officials pledged aid to rebuild homes, and the attorney general launched an investigation into whether local and national authorities responded adequately to the disaster. Santos also said they would launch a health and vaccination campaign in the city to prevent an outbreak of disease.

“Mocoa needs to rise up from this blow,” he said. “And it will.”