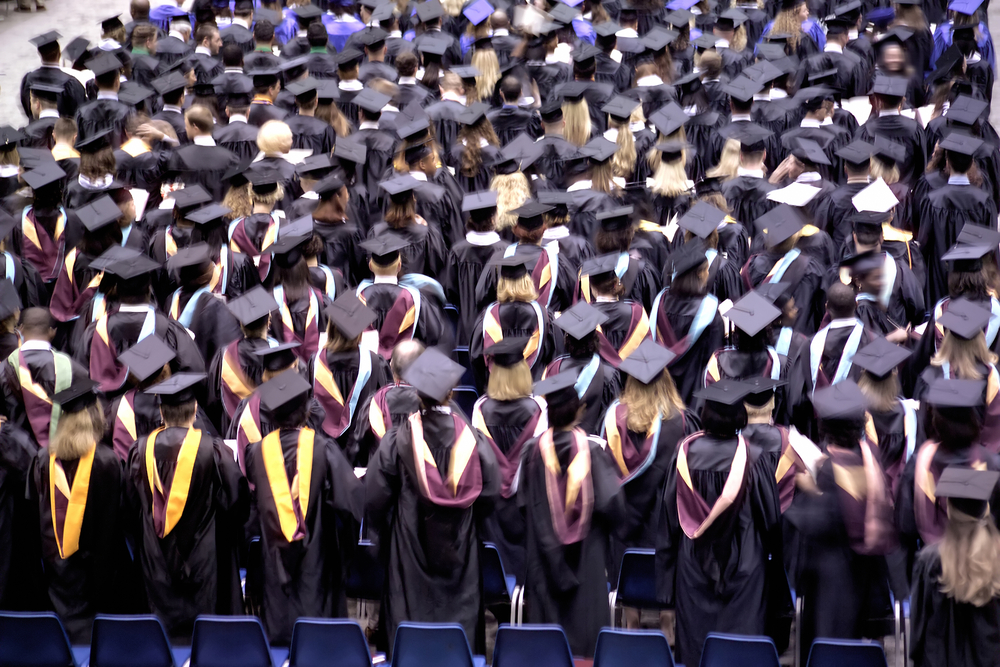 (MoneyWatch) A common misperception among many Americans is that both the rich and the poor can afford to pay for college. Under this view, affluent families have the money to pay the full price, while low-income households can rely on government grants and assistance from colleges. It's the middle-class families that get clobbered financially.

Except that this scenario isn't true. The middle class is indeed struggling to pay for college -- but so are poorer families. Federal data shows that states, as well as colleges and universities, have been trimming the aid they provide to lower-income students for years. By contrast, schools are funneling more money to affluent students.

Back in the mid 1990s, only eight percent of undergraduates at state universities received so-called merit aid, which is money students receive regardless of their financial need. More than two decades later, the number has risen to 18 percent.

The merit aid priorities are even more glaring at private institutions. In the earlier period, 24 percent of students received merit aid; these days, roughly 44 percent do regardless of whether they need or not.

An new analysis of federal data by ProPublica reveals that from 1996 to 2012, public institutions have awarded a shrinking portion of grants to the poorest students (see chart below). The investigative media outlet noted that this trend didn't ease up during the Great Recession.

The upshot is that four-year state schools are educating a shrinking percentage of the country's poorest students, who have instead been turning to community colleges and for-profit schools.

Why the rise in merit scholarships

Two major reasons explain why schools are courting high-income students with merit scholarships. For starters, schools can maximize their revenue by recruiting wealthy students. Even when these students receive merit scholarships, their families usually end up paying more than students who are financially strapped.

Schools also target wealthier students because they are more likely to help institutions inch up U.S. News & World Report's influential college rankings. Here's how a New America Foundation study, "Undermining Pell: How Colleges Compete for Wealthy Students and Leave the Low-Income Behind," sums up the phenomenon:

Over the past several decades, a highly influential enrollment management industry has emerged to show colleges and universities how they can use their institutional dollars strategically in order to increase both their prestige and revenue. Financial aid has increasingly become a weapon that four-year colleges wield as they fiercely compete for students they most desire.