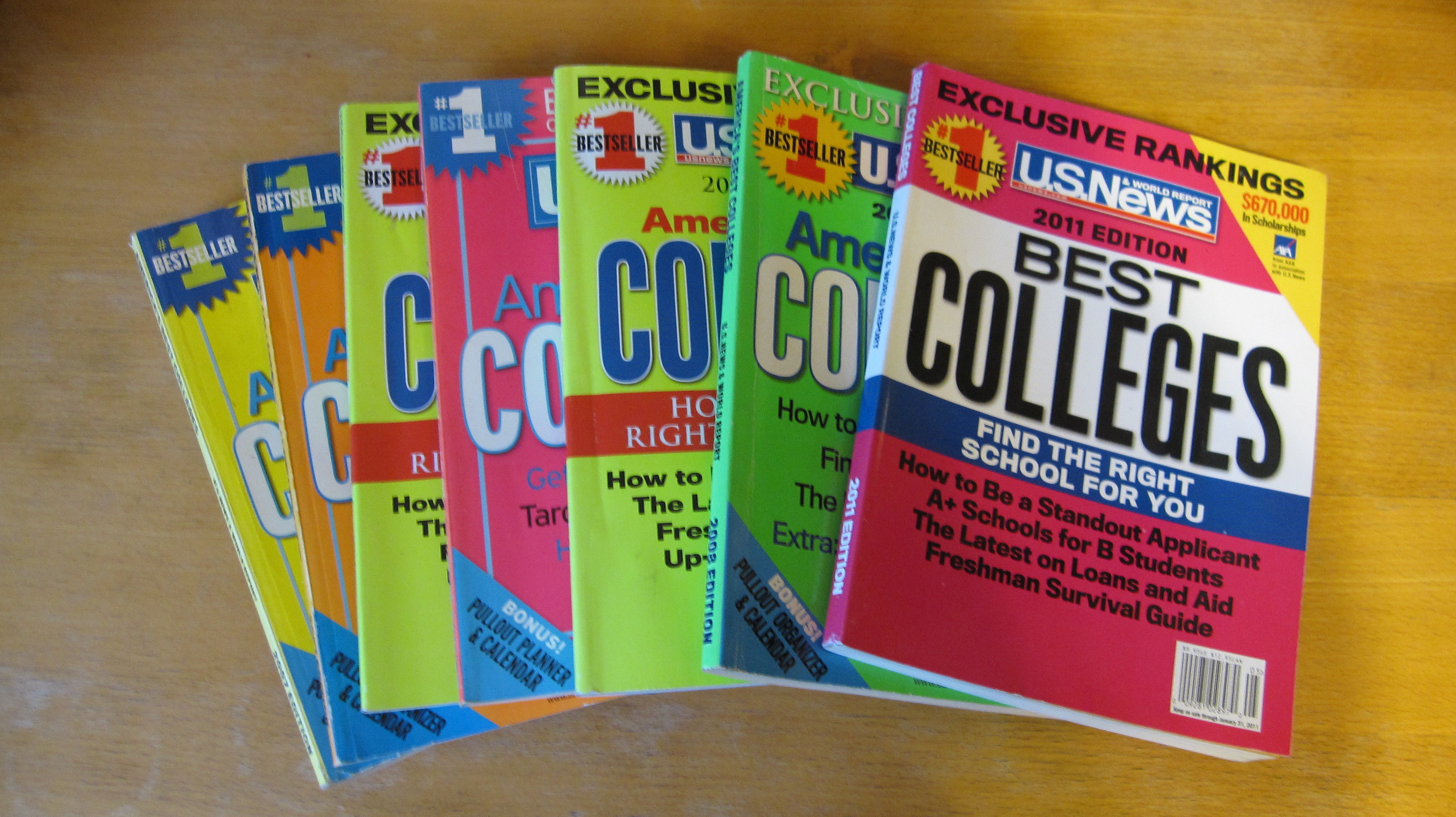 (MoneyWatch) U.S. News & World Report released its college rankings at midnight and, as usual, there was no suspense in which university was crowned No. 1.

During this annual autumn rite, Harvard University sometimes grabs the No. 1 spot and in other years Princeton does. Last year both shared the title. For the 2014 rankings, Princeton came out on top.

In reaction to the criticism that mars this annual collegiate beauty pageant, U.S. News once again tinkered with its college rankings methodology. The rankings goliath gave less weight to class rank, which fewer high schools are reporting. On the other hand, U.S. News put more weight on ACT and SAT scores, which are correlated by family income.

Despite these cosmetic changes, here are five reasons why you should ignore this year's college rankings:

Schools care deeply about inching up U.S. News' college rankings and this is reflected in how they spend their money. Institutions have been focused on devoting more of their revenue to attract students with higher test scores, class rankings and grade point averages. That's to impress the rankings king.

Consequently, public and private colleges and universities have been pouring a growing amount of money into merit scholarships for affluent students at the expense of students who desperately need financial help.

You can see from the chart below that the amount of cash being diverted to attract students with no financial need has climbed significantly since the 1990's. At private schools, the percentage of students receiving need-based aid has actually declined!

You can learn more about how rankings has helped make college more costly for low and middle-income students by reading an important report issued this year by the New America Foundation entitled, Undermining Pell: How Colleges Compete for Wealthy Students and Leave the Low-Income Behind.

Students today want to know what colleges and universities will provide them with a pathway to good-paying jobs. The rankings, however, don't reward schools that graduate students who find solid employment. In fact, U.S. News doesn't even ask about employment success.

U.S. News fixates on how selective a school is. It focuses on the academic caliber of a school's freshmen, not on what happens once students arrive at their schools. That's like judging a hospital by how sick the patients are when they arrive. Are schools doing an excellent job of educating their charges or do they fail? U.S. News sure doesn't know and doesn't attempt to find out.

For a wonderful take on how flawed the rankings are, read this classic New Yorker piece by Malcolm Gladwell: The order of things: What college rankings really tell us.

A major factor in the rankings is what everybody else thinks about each other. Three administrators at each of the institutions in the national university category, for instance, must assess what they think about all their peers on a one-to-five grading scale. What do administrators at UCLA and Notre Dame, however, know about what's going on at the University of Texas, Oregon State or the University of South Florida?

Because it's a beauty contest, the oldest, best-known schools like Princeton, Harvard, Yale, as well as liberal arts colleges such Williams, Amherst, and Swarthmore will always command the top spots, because they will always automatically ace the reputational hurdle.

Colleges receive brownie points for sinking money into making their campuses look beautiful. Swank student unions, LEED-certified academic buildings and athletic shrines to the jocks and their fans are musts. The rankings reward spending money, but they don't penalize schools for charging too much and pushing students into greater debt than necessary. In fact, the defunct magazine doesn't even ask about the average student debt of a school's graduates.

Bottom Line: With all its flaws and its harmful impact on college behavior, why is anyone still paying attention to these college rankings?