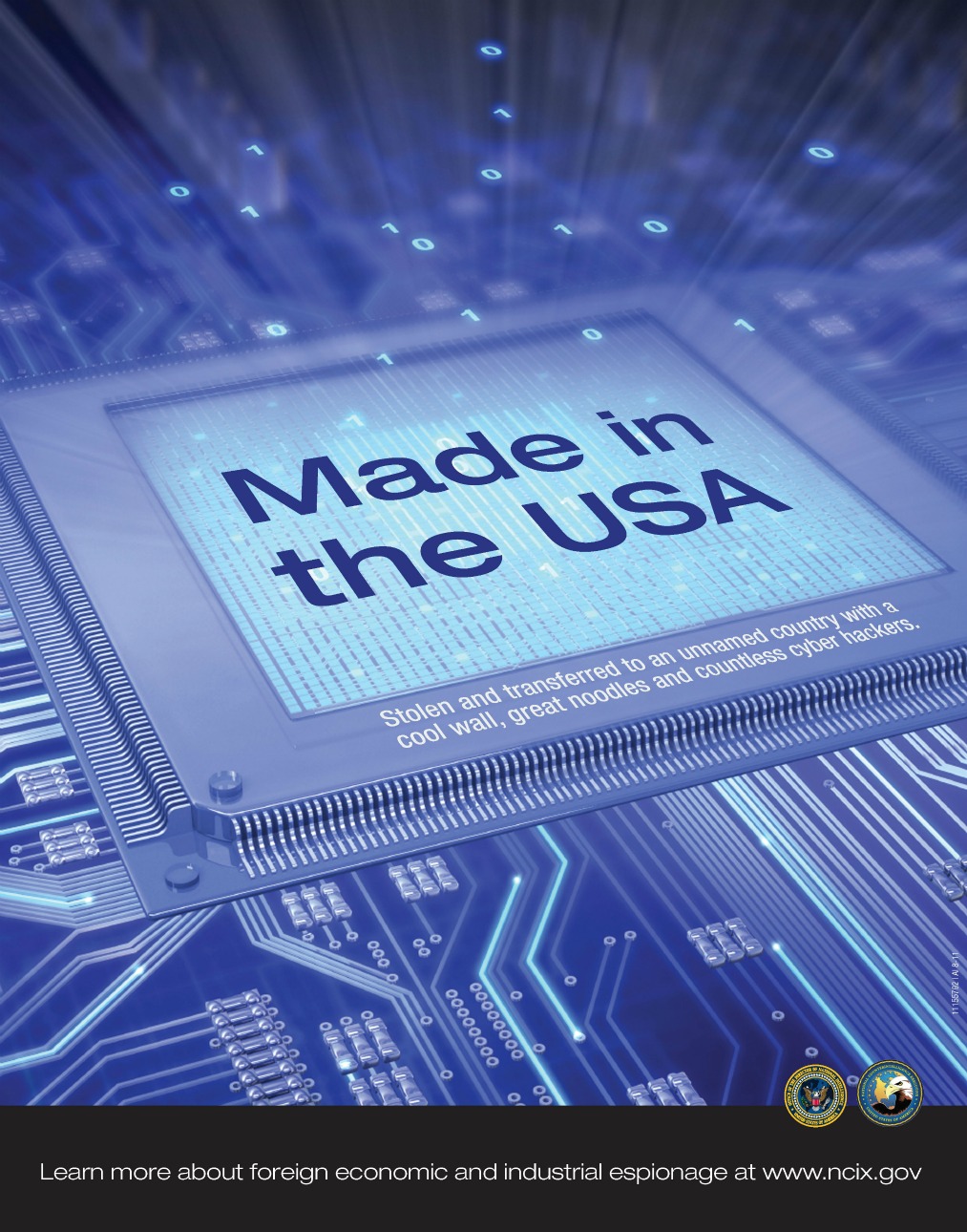 It's like the Cold War never ended: U.S. intelligence agencies see Russia and China as the most significant threats to the nation's interests.

Cyberattacks by Chinese and Russian intelligence services, as well corporate hackers in those countries, have swallowed up large amounts of high-tech American research and development data, and that stolen information has helped build their economies, U.S. intelligence agencies have concluded.

In a new report to Congress, titled "Foreign Spies Stealing US Economic Secrets in Cyberspace," the Office of the National Counterintelligence Executive (ONCIX) points to "significant and growing threats to the nation's prosperity and security" from other nation states, including historic foes and even some U.S. partners and allies.

Assessing the implications, the report said "the governments of China and Russia will remain aggressive and capable collectors of sensitive U.S. economic information and technologies, particularly in cyberspace."

• Chinese actors are the world's most active and persistent perpetrators of economic espionage. US private sector firms and cybersecurity specialists have reported an onslaught of computer network intrusions that have originated in China, but the IC [intelligence community] cannot confirm who was responsible.

• Russia's intelligence services are conducting a range of activities to collect economic information and technology from US targets.

"We judge that the governments of China and Russia will remain aggressive and capable collectors of sensitive US economic information and technologies, particularly in cyberspace," the report says.

The ONCIX has released a number of economic espionage posters intended to promote greater counterintelligence awareness. One that clearly has China in mind features a computer chip labeled "Made in the USA" and the coy but pointed phrase "Stolen and transferred to an unnamed country with a cool wall, great noodles and countless cyber hackers."

The areas of greatest interest to foreign cyper-interlopers, the report says, include "backbone" information and communication technology; business information on scarce natural resources or that gives an edge in negotiations; military technologies such as unmanned aerial vehicles; and civilian and dual-use technologies in fast-growth areas such as clean energy and pharmaceuticals.

The report also points to threats from "disgruntled insiders" who may leak corporate trade secrets or critical U.S. technology to the likes of WikiLeaks and other "hactivist" groups.

The report, offering the first such detailed public accusations from U.S. officials, said computer attacks by foreign governments are on the rise and represent a "persistent threat to U.S. economic security." For years, experts and officials have complained about cyberattacks emanating from China. But this report, released Thursday, provides some of the sharpest and most direct criticism from the U.S. government about those intrusions. A senior U.S. intelligence official, speaking on condition of anonymity to discuss the report before its public release, said the Chinese and Russians are using the high-tech espionage to boost their own development. Despite the broad accusations, neither the report nor the U.S. officials offered many details about the Chinese or Russian cyber-attacks. They also did not say how many of the attacks are government-sponsored. While they said attacks can be traced to the two countries, they noted that identifying the exact culprit is difficult.

China had no immediate response to the report, which was issued well after working hours Thursday in Beijing. However, China has consistently denied engaging in cyberspying and, at a regularly scheduled news briefing Wednesday, Foreign Ministry spokesman Hong Lei reiterated Beijing's insistence that it, too, has been attacked.

"China is a major victim of hacking," Hong said. "China is ready to build, together with other countries, a peaceful, secure and open cyberspace order."

He added, "As for the remarks from certain quarters, I would point out that hacking attacks have no boundaries and are anonymous. Speculating on the origin of the attacks without investigation is neither professional or responsible."

The report did note several instances in the past year or so where cybersecurity experts have traced attacks to Internet protocol addresses in China but were unable to determine exactly who was behind them. Among the examples were the breach of Google's networks in January 2010 and an instance where data was stolen from a Fortune 500 manufacturing company during business negotiations when the company was trying to buy a Chinese firm.

Officials said the National Science Foundation has put the value of public and private research and development at about $400 billion in 2009, and the U.S. International Trade Commission estimates that as much as $50 billion was lost due to espionage, cyber-attacks and other counterfeit and trademark crimes. Officials said they could not determine how much of the total was lost due to cyber-attacks.

The report is part of an increasing drumbeat by U.S. officials about the risks of cyberattacks in a growing high-tech society. People, businesses and governments are storing an increasing amount of valuable and sensitive information online or accessing data through mobile devices that may not be as secure as some computers.

The Obama administration has tried to raise the level of awareness about these threats so individuals and the corporate world will better protect their data.

This report included material from the Associated Press and CNET News.com