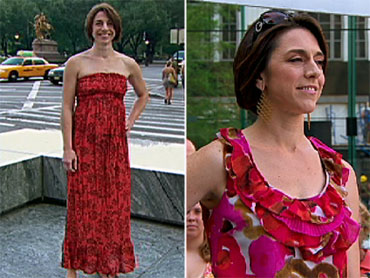 The Borgata Hotel Casino & Spa has told cocktail servers if they pack on too many pounds, they'll get an unpaid suspension to lose the weight - or be fired.

The policy will apply to anyone gaining more than 7 percent of their body weight; weight gain related to pregnancy or a medical condition will be exempt, casino officials said. The company will pay to put the offender through a weight-loss program during the up-to-90-day suspension.

The policy was laid out in a letter to employees last week - and has infuriated some women's advocates.

"Women should not have to starve themselves just to keep their jobs," said Diana Zuckerman, president of the National Research Center for Women & Families, a Washington, D.C.-based advocacy group. "The policy places enormous stress on all the women and encourages eating disorders to reach a totally arbitrary goal."

The New York Post quoted a spokesman for the Equal Employment Opportunity Commission saying federal anti-discrimination laws if the hotel fails to take into account such factors as pregnancy or a medical condition, such as diabetes.

The casino, whose edgy marketing themes and sexy accents have helped bowl over the competition since opening in July 2003, contends there's nothing wrong with setting weight limits for its 210 costumed beverage servers: 160 servers dubbed Borgata Babes and 50 other male and female bartenders.

A Borgata vice president, Cassie Fireman, said the policy clarifies existing appearance standards: that women servers should have "natural hourglass figures" and men "V-shaped torsos, broad shoulders and slim waists." No weight limits were ever set, however, she said.

"Our costumed beverage servers are a huge part of our marketing and our branding image," she said. "We feel it's fair, we feel it's legal, we feel it's what our customers have come to expect at Borgata."

Borgata Babes, who wear black, low-cut designer bustiers with crossing straps above the breasts, have appeared in pinup style photographs in the casino's calendar.

Borgata officials refused to allow cocktail servers to be interviewed Thursday; one who was asked her opinion of the weight limits declined to comment.

Local 54 of the Hotel Employees and Restaurant Employees union has filed a grievance.

"It's going to cause girls to binge, purge, whatever," she said. "It's already causing stress."

Some gamblers don't think it's fair either.

"So what if they gain a little weight? They're serving drinks, they're smiling. All people are interested in is gambling, anyway," said Karen DiCaprio, 41, of Philadelphia, who was sitting at a roulette table.