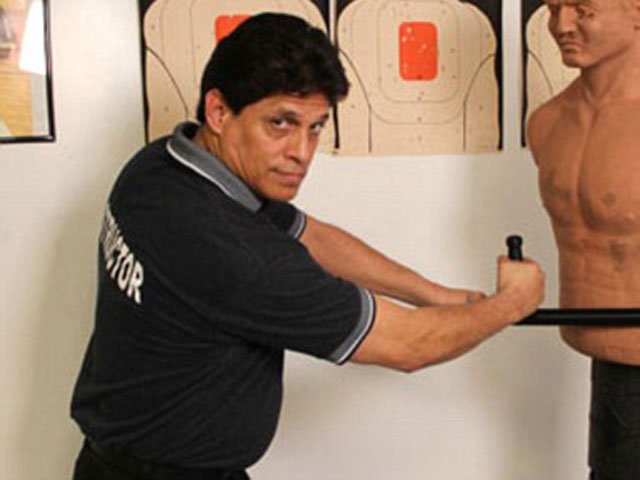 Police Lt. Rick Banks says Herrera was teaching a class Wednesday at Coast Career Institute when he got in a verbal dispute with one of the students.

Banks says the 22-year-old student, Law Thien Huynh, stormed out of class, returned with a gun and shot the instructor several times.

According to CBS station KCBS, Herrera worked in the security industry and taught at the school as a side job for three years.

He died at the scene from multiple gunshot wounds.

KCBS reports that Huynh was initially resistant to arrest - wanting to finish smoking a cigarette - but he was handcuffed a short time later.

Police say Huynh, who lives in Gardena, will be booked for murder at the downtown Metropolitan Jail.

None of the students in the class were injured.