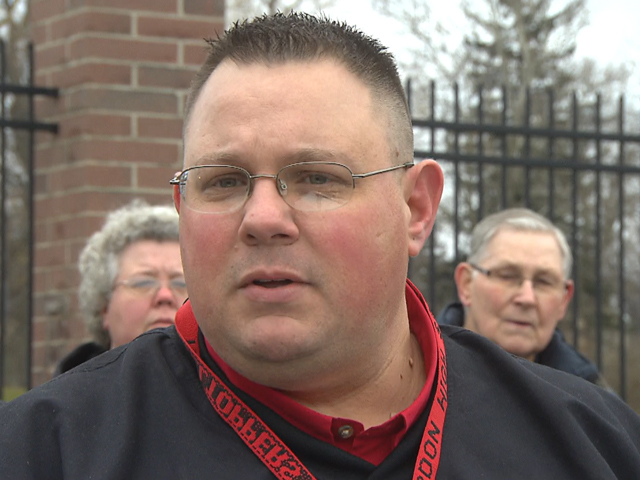 (CBS/AP) Monday's shooting at Chardon High School in Ohio claimed the lives of three students, but it could have been far worse had it not been for Frank Hall, the school's assistant football coach and teacher, who chased suspected shooter TJ Lane out of the cafeteria.

"I'm not a hero," said an emotional Hall, who spoke publicly for the first time since the shooting at a news conference Thursday. "I'm just a football coach and study hall teacher. The law enforcement, first-responders that came to our aid that day -- they are the heroes. "

The news conference was held moments after Lane was charged with three juvenile counts of aggravated murder. Chardon students will return to school Friday.

Watch the full video of Hall's remarks below:

Three students -- Demetrius Hewlin, 16, Russell King Jr., 17, and Daniel Parmertor, 16 -- were killed and two were seriously hurt in the shootings Monday at Chardon High School, about 30 miles east of Cleveland.

The coach also referred to reading a book about Tel Aviv in which a market suffered a terrorist attack and the city's mayor insisted on reopening the market the following day to show resolution that terror would not win out.

"I'm here to tell you that tomorrow our schools will be open," said Hall. "Our teachers will be there, our administration will be there ... But more importantly our children will be there. I can't tell you how great these children are," Hall said.