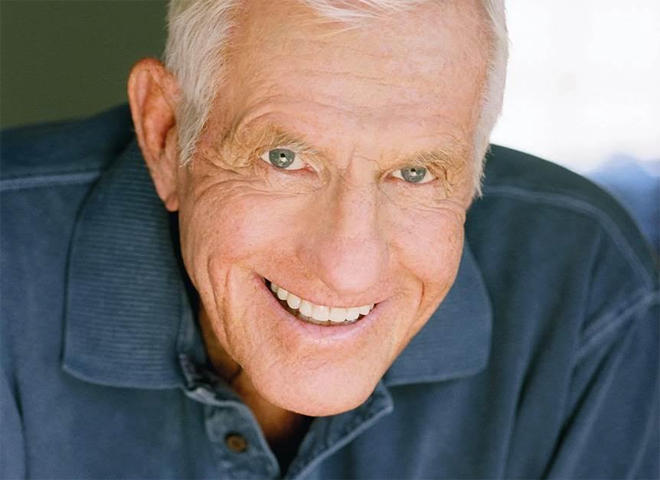 Jerry Van Dyke, the actor and comedian who played lead or second banana in such TV series as "Coach" and "My Mother the Car," has died. He was 86.

The brother of actor Dick Van Dyke, Jerry -- who possessed the same likability -- even made guest appearances on "The Dick Van Dyke Show," playing the star's banjo-playing brother.

Born and raised in Danville, Illinois, Van Dyke started in stand-up, including entertaining troops during the Korean War while serving in the Air Force, before appearing on his brother's series in the early 1960s -- his first acting gig. He later told the Associated Press, "I came away thinking, 'TV is a piece of cake; I want more of this!'"

He would make regular appearances on "The Judy Garland Show," "The Ed Sullivan Show" and other variety showcases, and was featured in several film, including "The Courtship of Eddie's Father," and the John Wayne comedy "McLintock!"

He then starred in one of the most high-concept situation comedies ever: "My Mother the Car," in which his character's deceased mother is reincarnated as a 1928 Porter automobile.

He remarked in 1990 that his brother told him the show sounded promising -- this at a time when a show featuring a talking horse was a hit. "I never asked him for advice after that," Jerry added.

He followed up that short-lived show with another, "Accidental Family."

Of "Coach," Van Dyke told the Associated Press: "I never knew what success was like, or having a hit series, or even doing something good. Finally I got a job that I enjoy doing, that's not hard to do -- and I get paid a lot of money."

Nelson paid homage to his costar Saturday:"I am incredibly sad to hear of Jerry's passing. He was such a brilliant comedian and we had a great time working together on 'Coach.' It is just devastating news."

Other recent credits included "Yes, Dear," "Teen Angel," "You Wish," and "The Middle."

Van Dyke is survived by his wife; two children, Jerri and Ronald, from his previous marriage to Carol Johnson; and his brother.