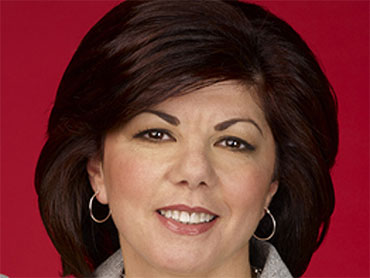 CNN has fired an editor responsible for Middle Eastern coverage after she posted a note on Twitter expressing admiration for a late Lebanese cleric considered an inspiration for the Hezbollah militant movement.

The Atlanta-based Nasr worked at CNN for 20 years, starting as an assignment editor on the international desk. Her job was mostly off the air, but she occasionally would appear as an onscreen analyst during discussions of Middle Eastern news.

Lebanon's Grand Ayatollah Mohammed Hussein Fadlallah died Sunday after a long illness. He was staunchly anti-American and linked to bombings that killed more than 260 Americans, a charge he denied.

In a Twitter posting over the weekend, Nasr said she was sad to hear of Fadlallah's death. She called him "one of Hezbollah's giants I respect a lot."

CNN issued a statement on Tuesday calling it an error in judgment for Nasr to write such a simplistic tweet.

Nasr later said in a blog that she had been referring to Fadlallah's attitude toward women's rights. The cleric had issued edicts banning so-called "honor killing" of women and giving women the right to hit their husbands if attacked first.

She wrote that Fadlallah was "revered across borders yet designated a terrorist. Not the kind of life to be commenting about in a brief tweet. It's something I deeply regret."

But Khosravi said in a memo Wednesday that she spoke with Nasr and "we have decided that she will be leaving the company."