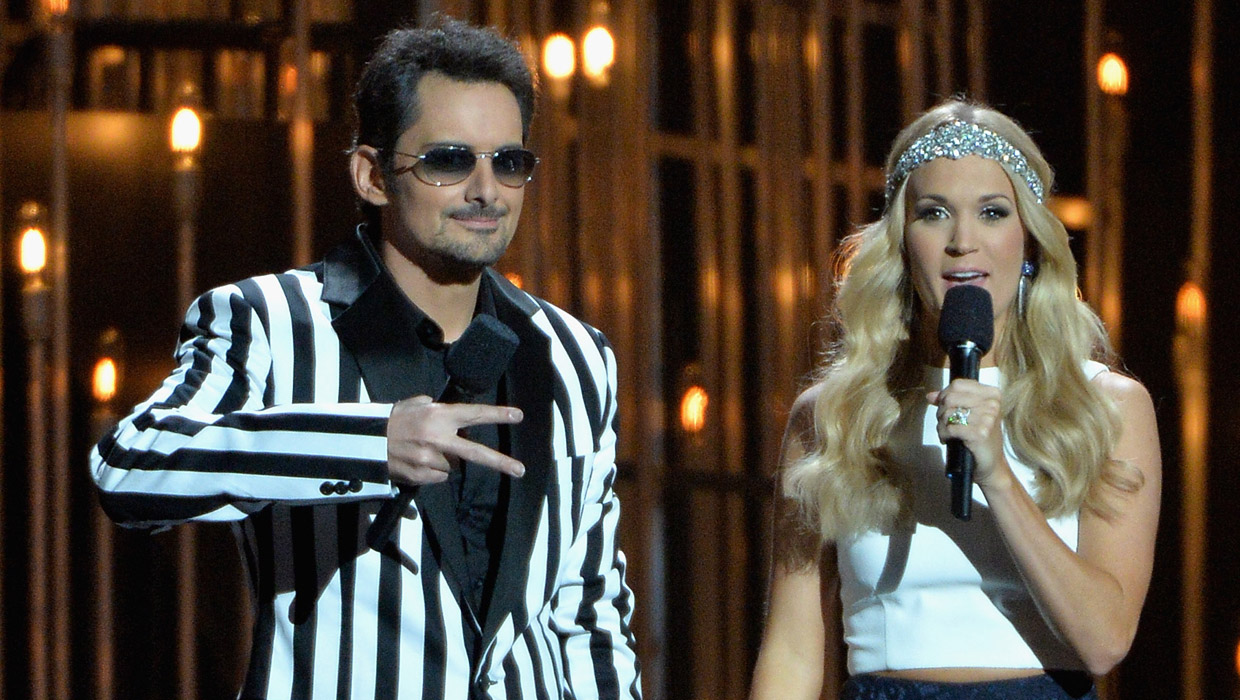 It's always a safe bet that the Country Music Association Awards will include a surprise moment or two each year, whether it's an unexpected win or a never-before-seen performance.

Some of the biggest country stars weigh in on their favorite surprising element of the annual awards show which airs on ABC from 8-11 p.m. ET Wednesday.

WHAT WILL BRAD AND CARRIE SAY?

Brad and Carrie's opening is so fun to see what they have concocted for the year," Bryan said. "That sets the tone for the night."

Kenny Chesney was nominated for several years before he ever won a CMA Award, but he was shocked when they called his name twice."I had been doing this for 12 years before I won my first CMA Award and it was for album of the year and the same night I also won my first entertainer of the year award, the first of four," Chesney said.

Florida Georgia Line surprised a lot of their female fans when they showed up on last year's CMA Awards' red carpet with unexpected arm candy: their moms."

For us, we both have great relationships with our mothers and that was just something that was a once-in-a-lifetime opportunity for us," said Brian Kelley, who along with Tyler Hubbard took home last year's duo of the year award. "They got to meet George Strait and we won some awards."

The leading nominee with nine nominations, Miranda Lambert hinted at what might be this year's biggest moment, when she teams up with pop singer Meghan Trainor to do their version of the doo-wop hit "All About That Bass."

"I like the collaborations," Lambert said. "They always bring in, like Meghan, a pop or rock artist to collaborate with country. Maybe I'll be the surprise."