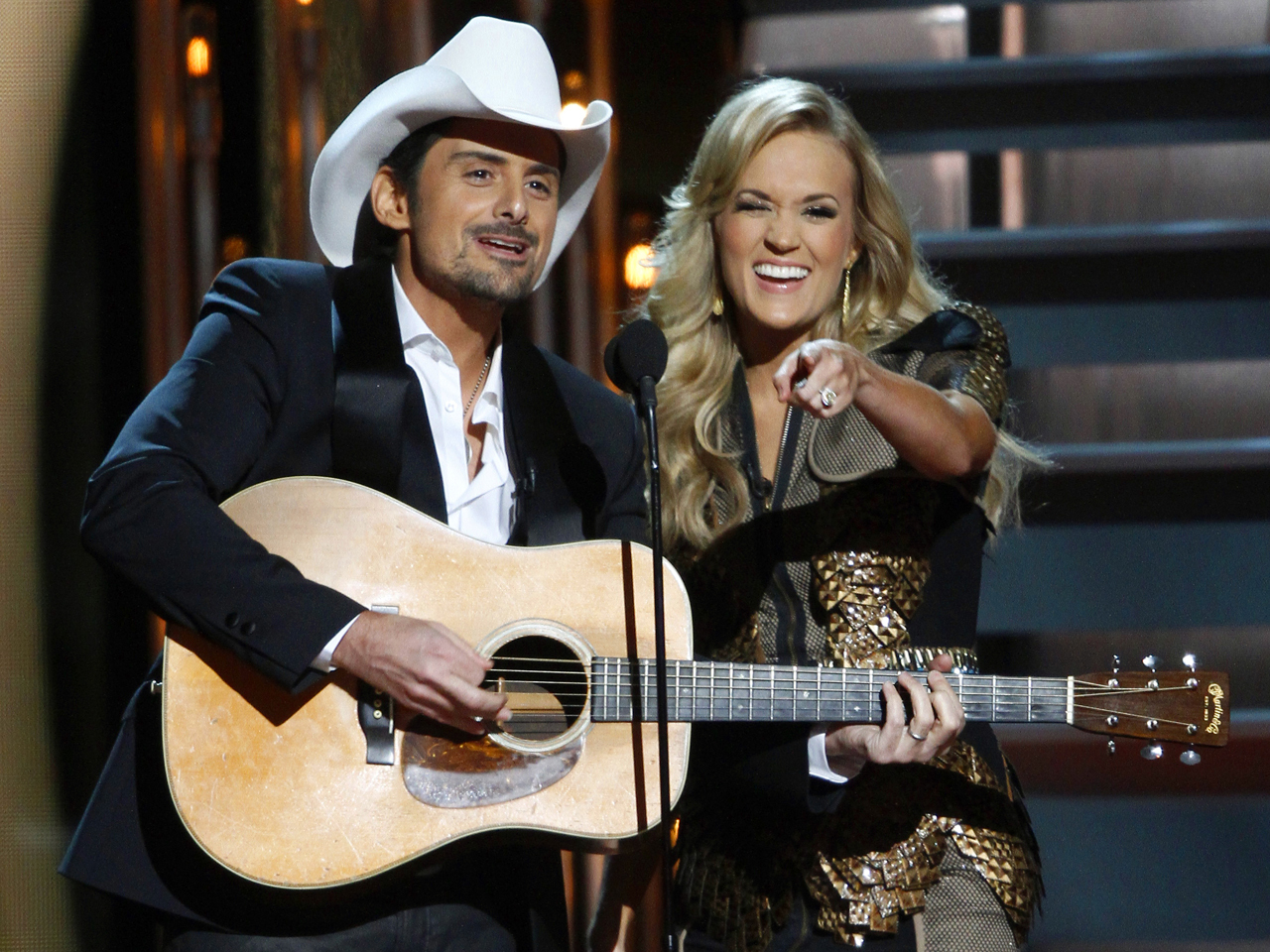 Carrie Underwood and Brad Paisley feigned feuds, skewered Obamacare and even got a few Miley Cyrus jokes in as they hosted this year's

The duo, in their sixth year as CMAs hosts, took the stage with an opening skit in which they joked about feuds in music. They got Bryan and Zac Brown to hug it out after their mild feud over song trends in Nashville, Tenn., where the show aired live Wednesday from the Bridgestone Arena.

They also joked about Juliette Hough's

misguided blackface Halloween costume, urging Darius Rucker to start his own feud with the singer, and made fun of Obamacare to an audience that roared with approval.

And, of course, they took a moment to poke fun at Cyrus. Paisley thanked

Taylor Swift "for never once humping a teddy bear or gyrating with Beetlejuice." Swift responded with an imaginary tip of the cap.

Underwood added, "If someone in music was gonna be caught naked licking a hammer, I think we know we all thought it'd be Blake Shelton."

Then, they brought out the guys from the hit show "Duck Dynasty" and parodied "Blurred Lines" (singing "Quack, quack, quack" instead of Robin Thicke's "Hey, hey, hey") with Willie Robertson doing a little twerk for Underwood.

Later in the telecast, the two joked about the royal baby -- not Britain's Prince George, but Kim Kardashian and Kanye West's daughter, North West.

Tell us: How did Underwood and Paisley do this time as hosts?