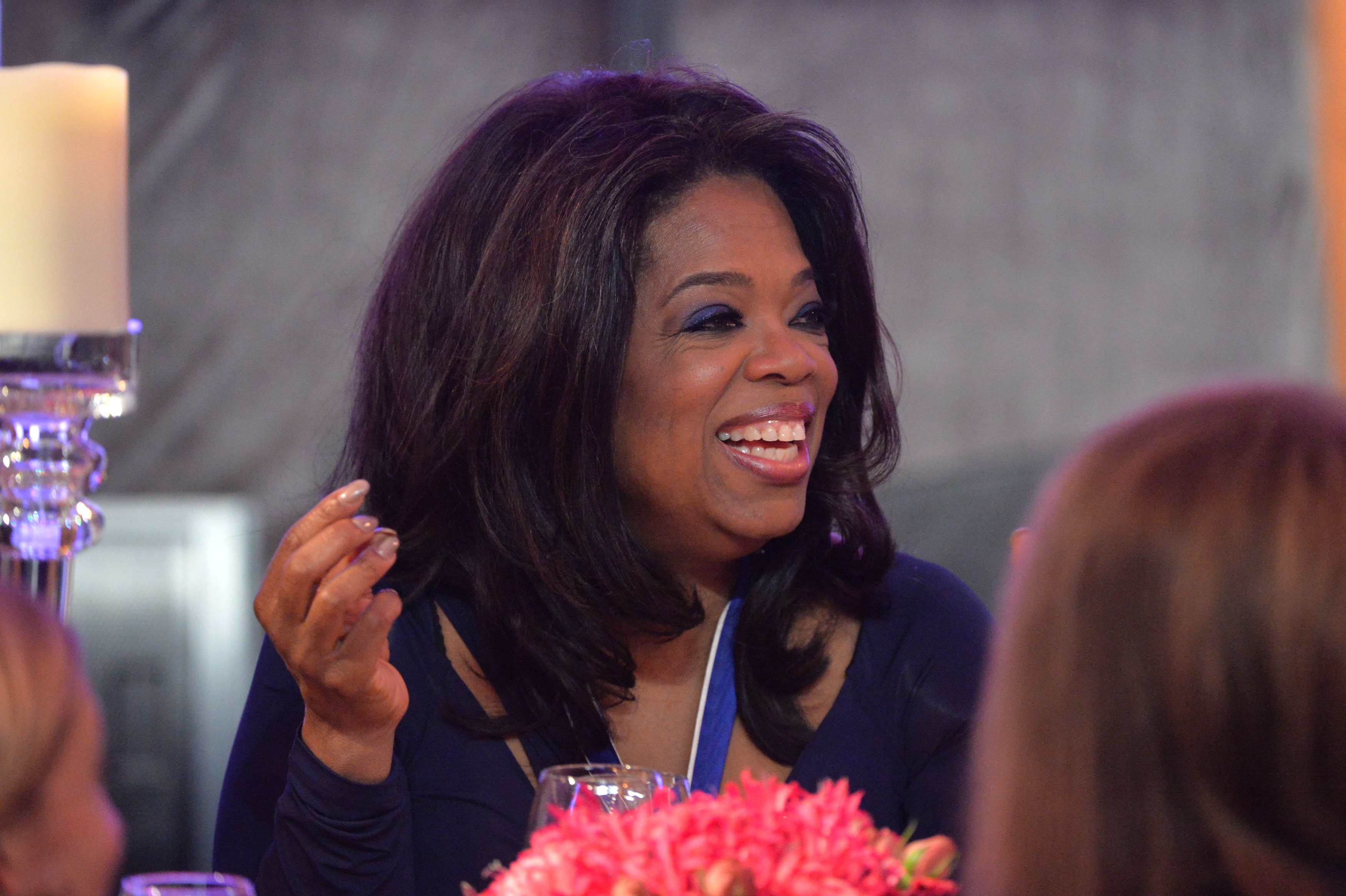 After the NBA gave Los Angeles Clippers owner Donald Sterling a lifetime ban for racist comments he made on a recorded conversation, Commissioner Adam Silver said he would call on the owners to vote to force Sterling to sell the team.

It didn't take long for a list of deep-pocketed suitors to express interest in buying the Clippers.

CBS News has confirmed that Oprah Winfrey is considering teaming with media mogul David Geffen and Oracle CEO Larry Ellison to make a bid to buy the team.

Geffen told Forbes Tuesday that he "would very much like to buy" the Clippers if Sterling is forced to sell the team. Forbes says Geffen has an estimated net worth of about $6.2 billion. The Los Angeles Times reported that Geffen tried in vain to buy the team in 2010.
Meanwhile, boxing champ Floyd Mayweather Jr. said Tuesday that he's interested in putting together a group - with himself as a majority owner - to buy the team if it is put up for sale.

"Do we want to buy the Clippers? Yes we do," Mayweather said. "I'm very, very interested in buying the Clippers."

Mayweather may not have enough money to buy the Clippers by himself, but he's certainly got enough for a good down payment. The boxer will make another $40 million or so Saturday night when he takes on Marcos Maidana in the third fight of a six-fight deal with Showtime that is reportedly worth $250 million.

And he's plenty familiar with the team. Mayweather has a condo next to Staples Center and is a courtside fixture at both Lakers and Clippers games.

Sterling bought the Clippers for $12.5 million in 1981. Forbes says the team's value now totals at least $575 million, however, it could sell for much more than that. Earlier this month, investors purchased the beleaguered Milwaukee Bucks, which Forbes had valued at $405 million, for a record $550 million.

Mayweather said he had nothing bad to say about Donald Sterling, who he said often invites him to sit next to him and his wife at the games and has always treated him with respect.

Mayweather could have a few issues if he decides to pursue a purchase. He served a jail term in 2012 after pleading guilty to domestic violence and harassment charges in a case involving the mother of his children and he's a big sports bettor, often wagering six-figure amounts on NBA games.

Meanwhile, former boxing star Oscar De La Hoya told reporters that he would be interested joining forces with Mayweather on the purchase.

Actor Matt Damon told CNBC that he is also interested in entering into a minority ownership role with the team.

Meanwhile, real estate tycoon Rick Caruso told the L.A. Times that he also had interest in joining a group that would buy the franchise.

Magic Johnson, who has an ownership stake in the Los Angeles Dodgers, had been mentioned as a possible buyer for the Clippers but the Hall of Fame basketball player knocked down that report via Twitter on Monday:

Forcing Sterling to sell the franchise would require approval of three-quarters of the current owners, and the process wouldn't be easy, experts say.

"They'd have huge legal hurdles," CBS News legal analyst Jack Ford said. "It'd be tough to go into a court of law and say we're going to force him to give up his property, what he owns, because of his comments."