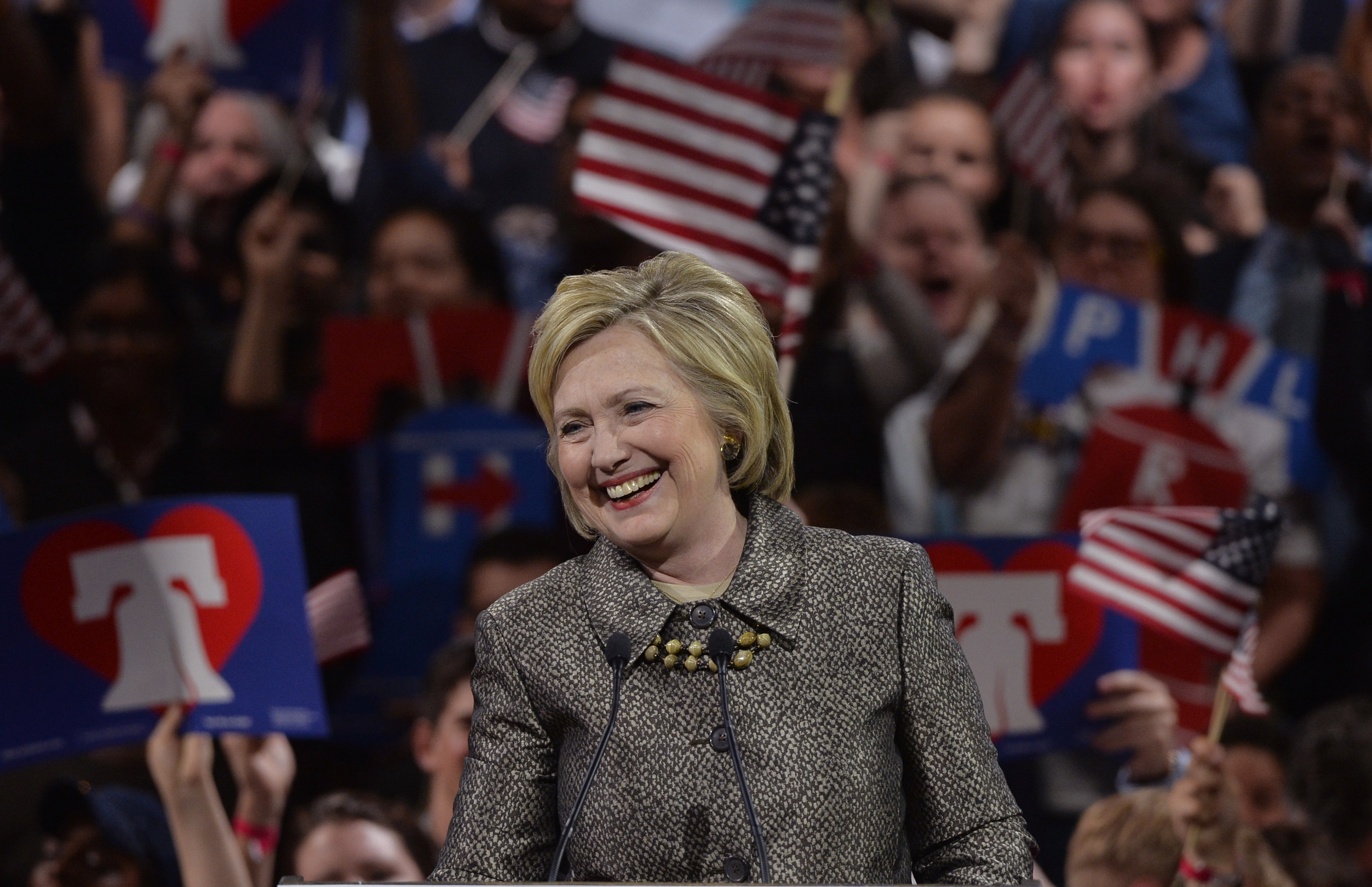 PHILADELPHIA -- Hillary Clinton pledged to unify the Democratic party and beat Republicans in November on Tuesday night, after she was declared the winner of the Democratic primaries in Pennsylvania, Delaware and Maryland.

"With your help," she told 1,300 of her supporters gathered here, "we're going to come back to Philadelphia for the Democratic National Convention with the most votes and the most pledged delegates. We will unify our party to win this election and build an America where we can all rise together."

Clinton went on to win Connecticut, ceding only Rhode Island to her opponent, Bernie Sanders. Clinton stopped short of calling on Sanders to exit the race, but stressed that "there's much more than unites us than divides us."

"I applaud Senator Sanders and his millions of supporters for challenging us to get unaccountable money out of our politics and giving greater emphasis to closing the gap of inequality," she said, "and I know together we will get that done."

She acknowledged that "too many people" feel powerless, and worried "that those of us in politics put our own interests ahead of the national interest." But she reminded her supporters, in a message to Sanders' supporters as well, that bold goals must be "backed up by real plans."

"After all, that is how progress gets made," she said. "We have to be both dreamers and doers."

Clinton's call for unity extended outside the Democratic party, to independents and "thoughtful Republican[s]" to push back against the agenda put forth by the GOP's front-runners.

"You know their approach is not going to build an America where we increase opportunity or decrease inequality," she said, "so instead of letting them take us backwards, we want America to be in the future business."

Clinton's communications director, Jennifer Palmieri, told reporters that the remaining primaries are front of mind for Clinton and her team. But Palmieri said that Clinton's campaign is preparing for the general election, and Clinton's remarks reflected that shift.

"It is certainly prudent at this point and necessary to prepare for a general election," Palmieri said, "and we have been making preparations and will continue to do so as the next several weeks wind down and going into" July's Democratic convention.