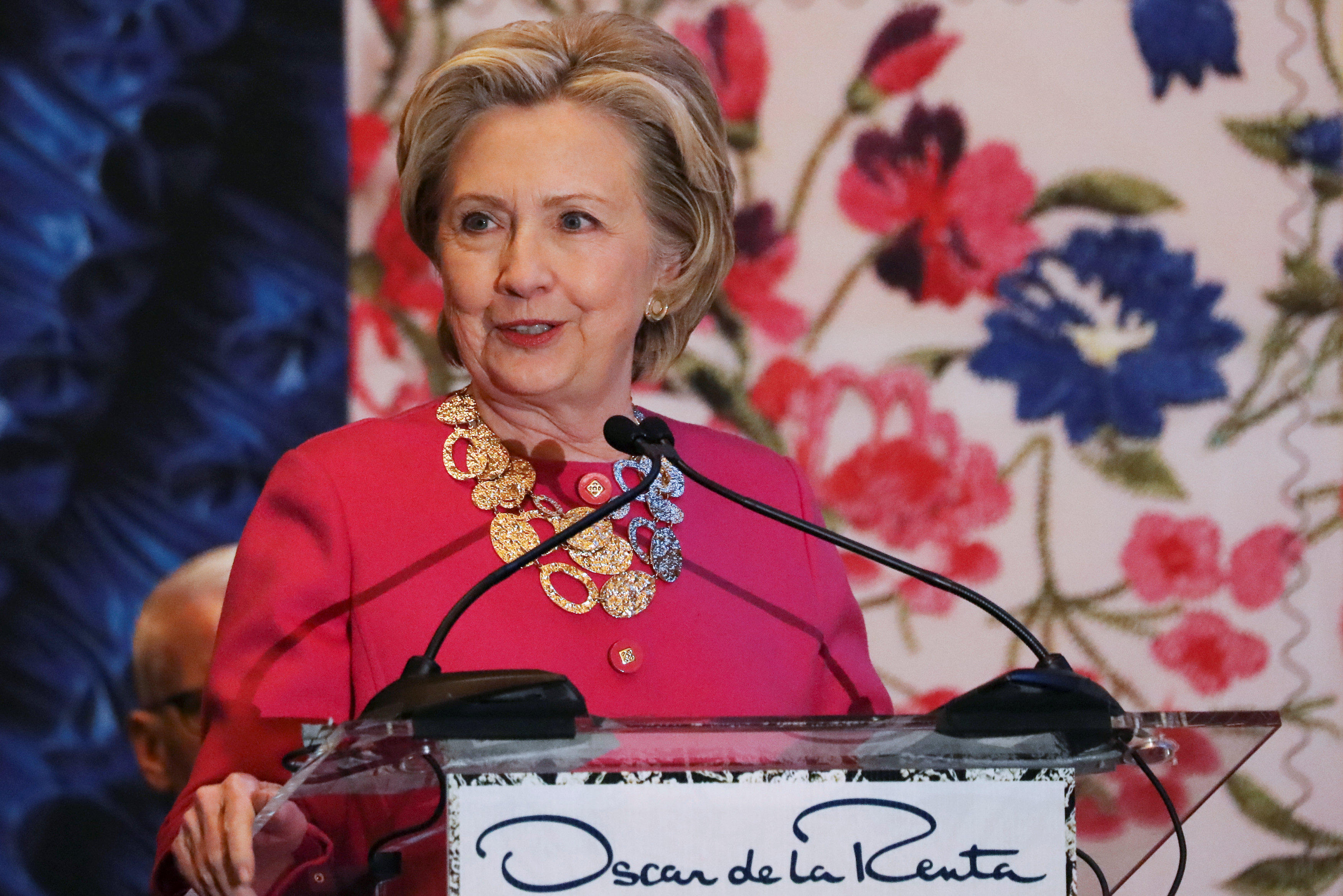 “Oscar de la Renta was an immigrant … And aren’t we proud and grateful that he was?” she said during her speech, held at Grand Central Station’s Vanderbilt Hall in New York. She noted that the stamps also say “USA Forever.”

“Let there be many, many more immigrants with the love of America that Oscar de la Renta exemplified every single day,” the former first lady said.

De la Renta, who had designed clothes for every first lady from Jacqueline Kennedy to Michelle Obama, died in 2014 at the age of 82. At the dedication ceremony, Clinton wore a signature de la Renta cashmere wool coat.

While she did not explicitly mention President Trump’s court-challenged travel ban nor the recent immigration crackdowns nationwide, Clinton, a former secretary of state, seemed to take swipes at her former rival’s policies.

De la Renta, she said at one point, was “a fitting person to be chosen by our Postal Service — mentioned, by the way, in the Constitution, something we should all read and reread in today’s times.”

Former New York City Mayor Michael Bloomberg, who himself pondered a third-party run in the 2016 presidential election, made a much more explicitly political statement Thursday at the ceremony.

“Our country is great because we welcome people from around the world. They come here to work hard and build a better future for their families, no matter where they come from,” he said. Bloomberg noted that de la Renta was able to speak out “in support of fixing our broken immigration system so that more people would have a chance to make it in America just the way he did.”

Meanwhile, immigrants across the country stayed home from work and school Thursday to demonstrate how important they are to America’s economy and its way of life, and many businesses closed in solidarity, in a “Day Without Immigrants” protest.