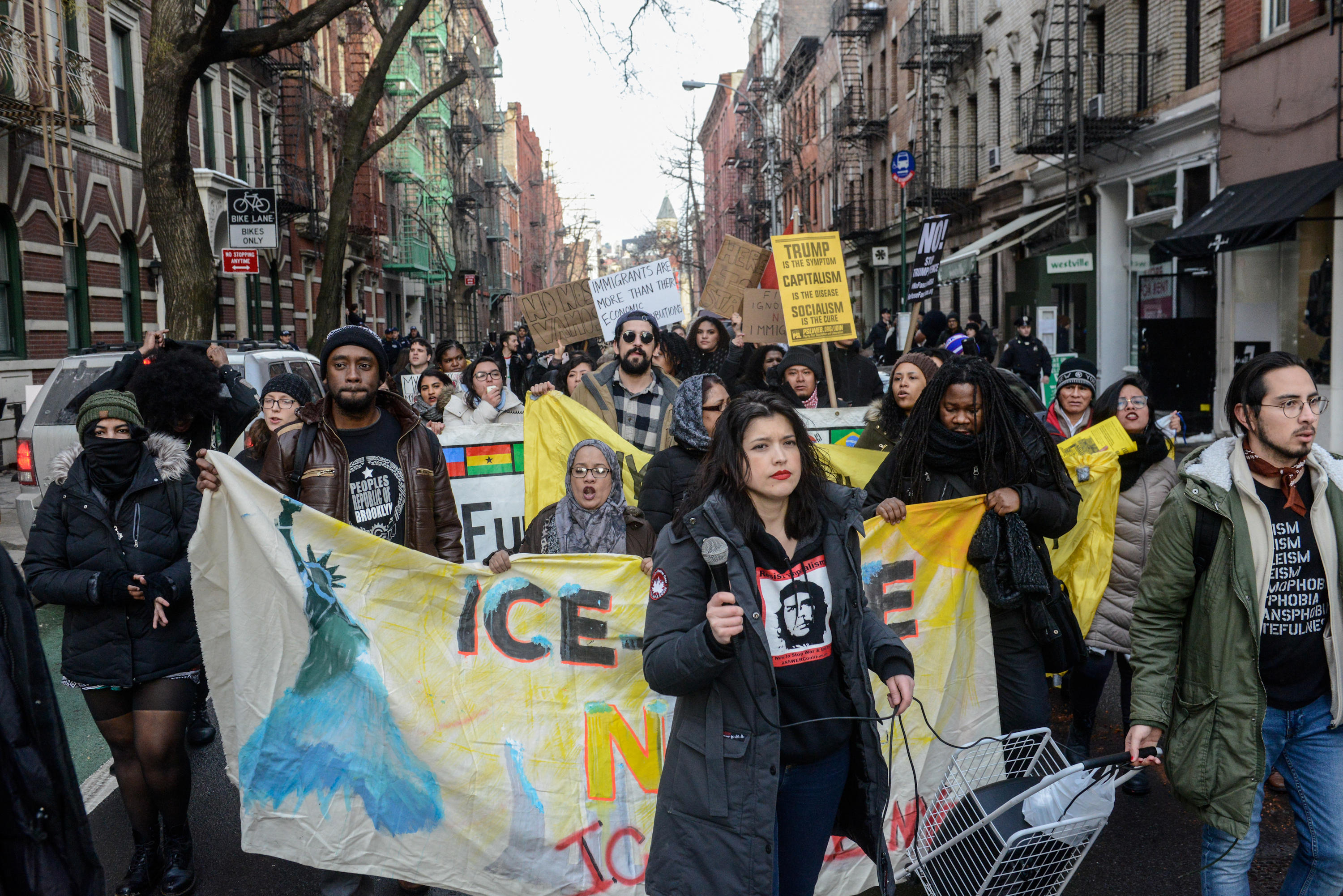 Pastor Fred Morris looked out over his congregation Sunday as news ricocheted around the world that American authorities were rounding up immigrants in an enforcement surge that President Donald Trump promised on the campaign trail.

Parishioners did not smile as on any other Sunday morning. They stared down at their feet. Others didn’t attend at all.

“There is a dreadful sense of fear. It’s more than palpable. It’s radiating. People are terrified,” said Morris, whose United Methodist mission is in a predominantly Hispanic neighborhood of Los Angeles. “They were just sitting there in stunned silence.”

For days, fear and confusion have gripped immigrant communities after word spread that federal agents were rounding up hundreds of immigrants in cities across the country. The scope of the operation remained unclear on Sunday.

Advocates and immigration lawyers scrambled to contain the panic and to organize seminars and social media campaigns to teach people their rights.

The Immigration and Customs Enforcement agency said the efforts were “routine” and no different than the arrests carried out under former President Barack Obama that targeted those with criminal histories or multiple immigration violations.

But Mr. Trump took to Twitter to claim credit.

“The crackdown on illegal criminals is merely the keeping of my campaign promise,” the president wrote. “Gang members, drug dealers & others are being removed!”

The raids included nearly 200 people in the Carolinas and Georgia, more than 150 in and around Los Angeles, and around 40 in New York, ICE confirmed. Among those arrested were a Salvadoran gang member and a Brazilian drug trafficker, officials said.

A decade ago, immigration officers searching for specific individuals would often arrest others encountered along the way, a practice that drew criticism from advocates. Under the Obama administration, agents focused more narrowly on specific individuals who posed a security or public safety threat.

Trump signed an executive order days after taking office that made clear that almost any immigrant living illegally in America could be targeted.

Immigrant-rights groups cite the case of Manuel Mosqueda, a 50-year-old house painter, as an example of how they believe ICE agents in the new administration are again going too far.

During last week’s enforcement operation, ICE agents showed up at Mosqueda’s home in the LA suburbs looking for someone else. While there, they inquired about Mosqueda, learned he was here illegally and put him on a bus to Mexico.

Karla Navarrete, a lawyer for the advocacy group CHIRLA, said she sought to stop Mosqueda from being placed on the bus and was told by ICE that things had changed. She said another lawyer filed federal court papers and got a judge to stop the deportation. The bus turned around, and Mosqueda is now jailed in Southern California, waiting to learn his fate.

In Virginia, agents who went to an apartment Thursday looking for a wanted man picked up everyone else in the apartment too, except for one women with a baby in her arms, said Simon Sandoval-Moshenberg, legal director for Legal Aid Justice Center’s immigrant advocacy program in northern Virginia.

“Here’s what happens on the ground: Somebody knocks on the door, they ask for a name, the people are very scared,” said Tessie Borden, an advocate in Los Angeles. “Then they round everybody up and say ‘We’ll sort it out later.’ But sorting it out later may mean separating families and breaking down support systems for these folks.”

For supporters of Trump’s immigration policies, the new and broader approach was welcome news.

“The main thing is to send the message that the immigration laws are actually being enforced again,” said Mark Krikorian, executive director of the Center for Immigration Studies, a think tank that advocates for tighter controls on immigration.

Immigration advocates said many immigrants are now afraid to send their children to school and afraid to go to church or work or the hospital. Panicked rumors spread as quickly as the truth.

“Every time so much as a white guy with a clipboard is walking around, everyone runs into their apartments and locks the doors,” Sandoval-Moshenberg said.

One case that sowed widespread fear was that of Guadalupe Garcia de Rayos, a mother of two in Phoenix who pleaded guilty nearly a decade ago to a felony for using a false ID to get a job as a janitor. The government declined to deport her. On Wednesday, she showed up at the ICE building in Phoenix for a scheduled check-in with immigration officers and was deported to Mexico.

In Baltimore, another immigrant mother from Mexico said she’s been afraid to let her children go outside after school. She’s even considering giving up custody of her children, who are American citizens, in case she’s deported. She said she feels powerless.

Adriana spoke to The Associated Press through a translator on the condition that her last name not be used because she is here illegally. She has lived in Baltimore for 12 years. She teaches Mexican art courses at a local nonprofit organization, babysits on the side and pays taxes.

At his Sunday service, Morris handed out a double-sided sheet listing congregants’ civil rights: Don’t open the door to anyone without a warrant. Don’t talk. Don’t sign any document.

He is planning a community meeting for Monday night.

“The only weapon we have,” he said, “is solidarity.”