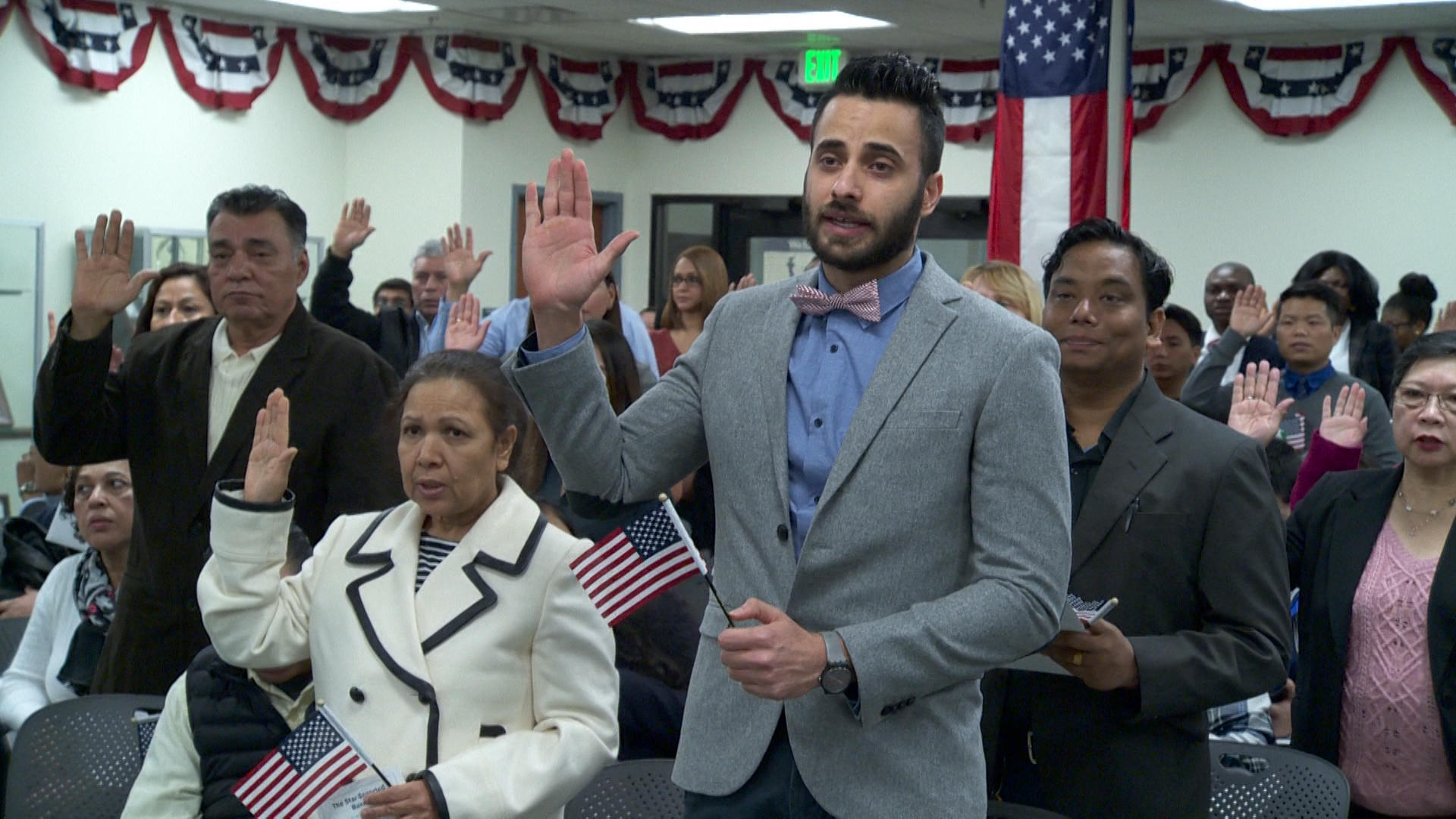 Just five days after President Trump banned all Iraqi citizens from traveling to the U.S. for at least 90 days, Layth Baheej walked into a U.S. Citizenship and Immigration Services office in Baltimore, Maryland, and became a U.S. citizen.

For Baheej, 25, it was the culmination of a nine-year process that began when he first applied for a visa to come to America from his home country of Iraq. For him, Iraq was a country where he saw no future: he had lost four siblings in the war. As a schoolboy, if he didn’t come home immediately after class, his parents would call, worried, because bombs were dropping in Baghdad.

“I had to make a change and live my life just like a normal human being,” he said.

It took four years, but at age 20 Baheej finally got his visa and left his family for the first time.

During his five years in America, he began studying for a college degree in international business. He also found a job at the Corner Bakery, a chain of cafes. Baheej’s hard work was recognized, and he earned a promotion to supervisor. Two years ago, he applied for visas to bring his parents and three surviving siblings to join him in America.

But on January 27, President Trump signed an executive order that suspended all immigration from seven countries, including Iraq, over concerns about terrorism. Although the order was suspended by a federal court about a week after it went into effect, it has still ensnared students, doctors, former U.S. army interpreters – and Baheej’s parents. The president’s ban is still being fought over in the courts, and Mr. Trump has indicated that he may sign a new version of the ban soon.

Just five days before he was set to receive his U.S. citizenship, Baheej was afraid the life he built might come undone.

“I couldn’t sleep for the last two days. I was very worried about it,” Baheej said. “Even though I had a ceremony scheduled but I was very [afraid] about what’s going to happen just because of a religion I follow or the country where I born.”

His naturalization ceremony went on as planned, and Baheej wiped away tears as he took the oath of citizenship and listened to USCIS Baltimore Field Office Director Conrad Zaragoza invite his full participation in American democracy. But the question of whether he will be able reunite with his family has been thrown into doubt.

Returning to Iraq is no longer an option for Baheej. When he went home to visit his family two years ago, he said he felt like he no longer belonged there.

He checks on the status of his parents’ and siblings visa applications every six or seven months, but they have not even had an interview scheduled with immigration officers.

He describes his neighborhood in Silver Spring, Maryland as welcoming and says he has always felt welcome in the U.S. But this ban feels religiously motivated to him.

“I believe it’s a ban on Muslim people,” Baheej said. “I believe the president wants to keep America safe and he wants to make a plan, but this is not a real plan.”

The future already seems much dimmer for his family, Baheej fears.

“Maybe this ban, the 90 days, will turn into permanent or forever,” he said.