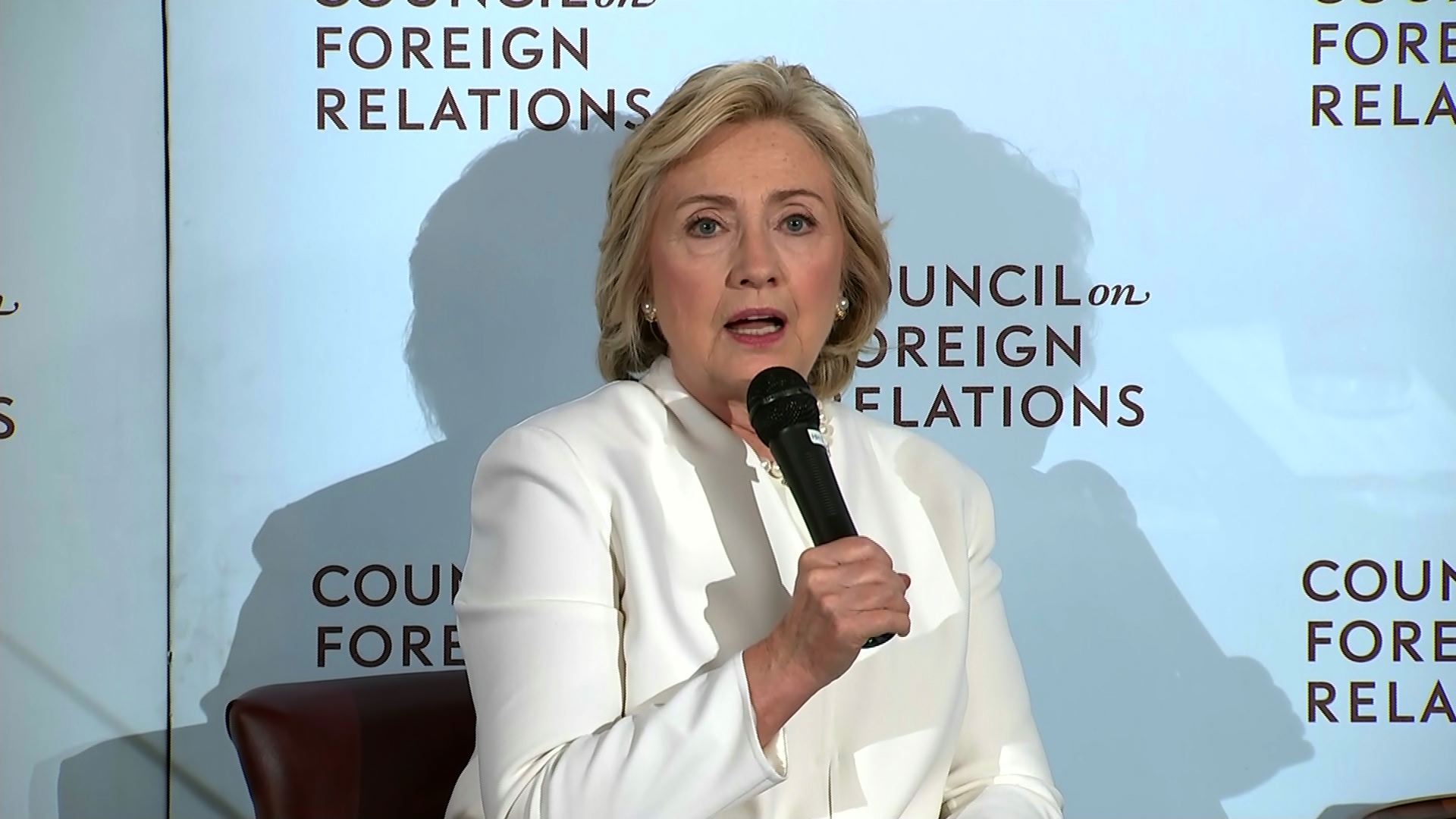 NEW YORK -- Hillary Clinton said on Thursday that it's time to "begin a new phase" in the American effort to defeat the Islamic State with "more allied planes" and "more strikes" on terrorist enclaves in Syria and Iraq.

"We have to fit a lot of pieces together, bring a lot of partners along, move on multiple fronts at once," she said, speaking to a small audience gathered at the Council on Foreign Relations in Manhattan. "But if we press forward on both sides of the border, in the air and on the ground, as well as diplomatically, I do believe we can crush ISIS's enclave of terror."

Clinton called on Congress to "swiftly pass" an updated authorization to use military force, saying: "The time for delay is over."

Clinton's strategy, which she called an "intensification" and "acceleration" of President Barack Obama's strategy in the region, would match a stepped-up air campaign with a greater effort by ground forces in Syria and Iraq, bolstered by an "immediate intelligence surge" in the region that would put technical assets like Arabic speakers and regional intelligence experts to work.

"Our goal should be to achieve the kind of penetration we accomplished with Al Qaeda in the past," she said. "This would help us identify and eliminate ISIS's command and control and its economic lifelines."

Clinton said, however, that she did not believe that American troops should not be among those fighting ISIS on the ground. While Clinton reiterated her support for Obama's plan to send 50 special operations forces to northern Syria on Thursday, and said that the administration should be "prepared to deploy more," she said it would be a "mistake" to send in American combat troops, even in the event of another attack on U.S. soil.

Instead, Clinton said she would work to persuade more Iraqi Sunnis to join the fight against ISIS, arming them if necessary, and to convince Turkey and Gulf countries like Saudi Arabia and Qatar to become the U.S.'s partner.

Another key part of Clinton's strategy is a no-fly zone over northern Syria, which she said Thursday would in part provide "safe refuge" for Syrians and stem the flow of refugees into other countries, including the U.S.

The issue of Syrian refugees has fueled fierce debate on both sides of the presidential race since the terrorist attacks in Paris last Friday. In her remarks, Clinton said it would be a "cruel irony" to turn away those fleeing a common enemy.

"Turning away orphans, applying a religious test, discriminating against Muslims, slamming the door on every single Syrian refugee," Clinton said, referring to comments and proposals made by Republicans in recent days. "That is just not who we are. We are better than that."

Clinton called on Congress to provide the "necessary resources" for comprehensive background checks and intelligence gathering for the vetting process.

The details of Clinton's strategy to defeat ISIS fit within a broader plan to undermine the growing infrastructure that fuels other terrorist groups around the world by targeting "hot spots" of radicalization and attacking their online spaces and their lines of financial support.

"Let's be clear though," Clinton said. "Islam itself is not our adversary."

Democrats, including President Obama, have been chastised by Republicans for refusing to use the words "radical Islam" to describe the ongoing terror threat around the world. Clinton made it clear Thursday that she would not give in to those attacks.

"The obsession in some quarters with...repeating the specific words 'radical Islamic terrorism' is not just a distraction," she said. "It gives these criminals, these murderers, more standing than they deserve and it actually plays into their hands by alienating partners we need by our side."

With her speech Thursday, which was attended by New York City Mayor Bill de Blasio, Clinton offered her most detailed outline yet of how, as President, she would manage the threat of terrorism in the U.S. and around the world. Following her remarks, CNN's Fareed Zakaria asked her if she thought Obama had underestimated the threat of ISIS.

"I don't think it's useful to go back and re-plow old ground," she said.