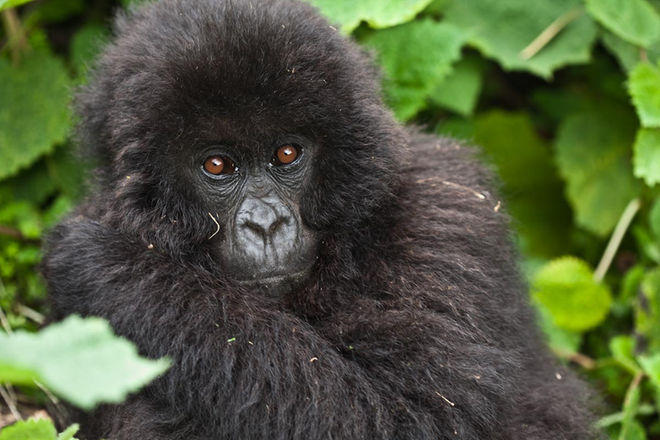 More than 700 of the world’s threatened and endangered animal species may be directly affected by climate change, according to a new study — vastly more than the number of animal species scientists initially thought would face risks from global warming.

Scientists had previously determined that only 7 percent of mammals and 4 percent of birds on the International Union for Conservation of Nature (IUCN) “Red List” of threatened species are affected by climate change. However, a new study finds that the threat from climate change may have been massively underreported.

In a comprehensive analysis of 130 previous studies on the subject, researchers found that nearly half of the world’s threatened and endangered mammals and nearly a quarter of birds are already seriously impacted — more than 700 species total. [8 Ways Global Warming Is Already Changing the World]

Most climate change studies focus on impacts in the future, but the researchers said the effects of global warming are being felt “here and now.” And research on present threats were focused on specific species and were spread across numerous journals, according to study co-author James Watson, director of the Science and Research Initiative at the Wildlife Conservation Society.

“We did the study because no one had really pulled together the evidence of how much climate change has impacted species to date,” Watson told Live Science. “We know that the last 50 years have been warmer than the 50 years before that, and that there’s already been a 1-degree [Celsius] global warming event, but no one really talks about it.”

Once the researchers combined the studies into one analysis, Watson said the evidence of change was apparent and they could generalize trends across species. For example, the species most threatened lived in areas that have already warmed dramatically, or they had very specific survival requirements.

Primates, in particular, are threatened because they have specialized diets and their tropical homes are vulnerable to extreme weather events caused by climate change. In some cases, species can adapt to the changes, but others are facing dire consequences, Watson said.

“For instance, mountain gorillas live on top of mountains — they’ve got nowhere else to go if the climate changes,” Watson said. “They’re stuck on top of these mountains, so they might not survive climate change because they can’t move anywhere else.”

Though birds can fly from mountaintop homes, the researchers found that species that live at higher altitudes and experience little seasonal temperature changes are negatively affected by climate change. Animals that dwell in aquatic environments also face even higher risks because these ecosystems are among the most vulnerable to global warming, according to the scientists.

While the analysis notes that slightly more than 700 species may be affected by climate change, the researchers said this study only scratches the surface of how many of the planet’s endangered species are at risk. The studies reviewed for their research only focused on mammals and birds — the most well-studied taxonomic groups, according to the scientists.

“We looked at only the most mobile species that probably should adapt the best and we found that they’re getting hammered,” Watson said. “Cold-blooded animals are probably even more susceptible to climate change and we didn’t even look at them yet. Certain types of plants even are far more susceptible, because they can’t move — they’re actually stuck in the soil.”

The researchers are also calling for conservation efforts and governmental policies on climate change to focus on the present impacts on animals.

“We have to give species their best chance to overcome this, and the only way to do that is to keep nature intact,” Watson said. “It’s pretty simple really, we’ve just got to stop altering nature and degrading nature. We’ve got to keep things functioning and hope for the best.”

The new analysis is detailed in a paper published online Monday, Feb. 13, in the journal Nature Climate Change.