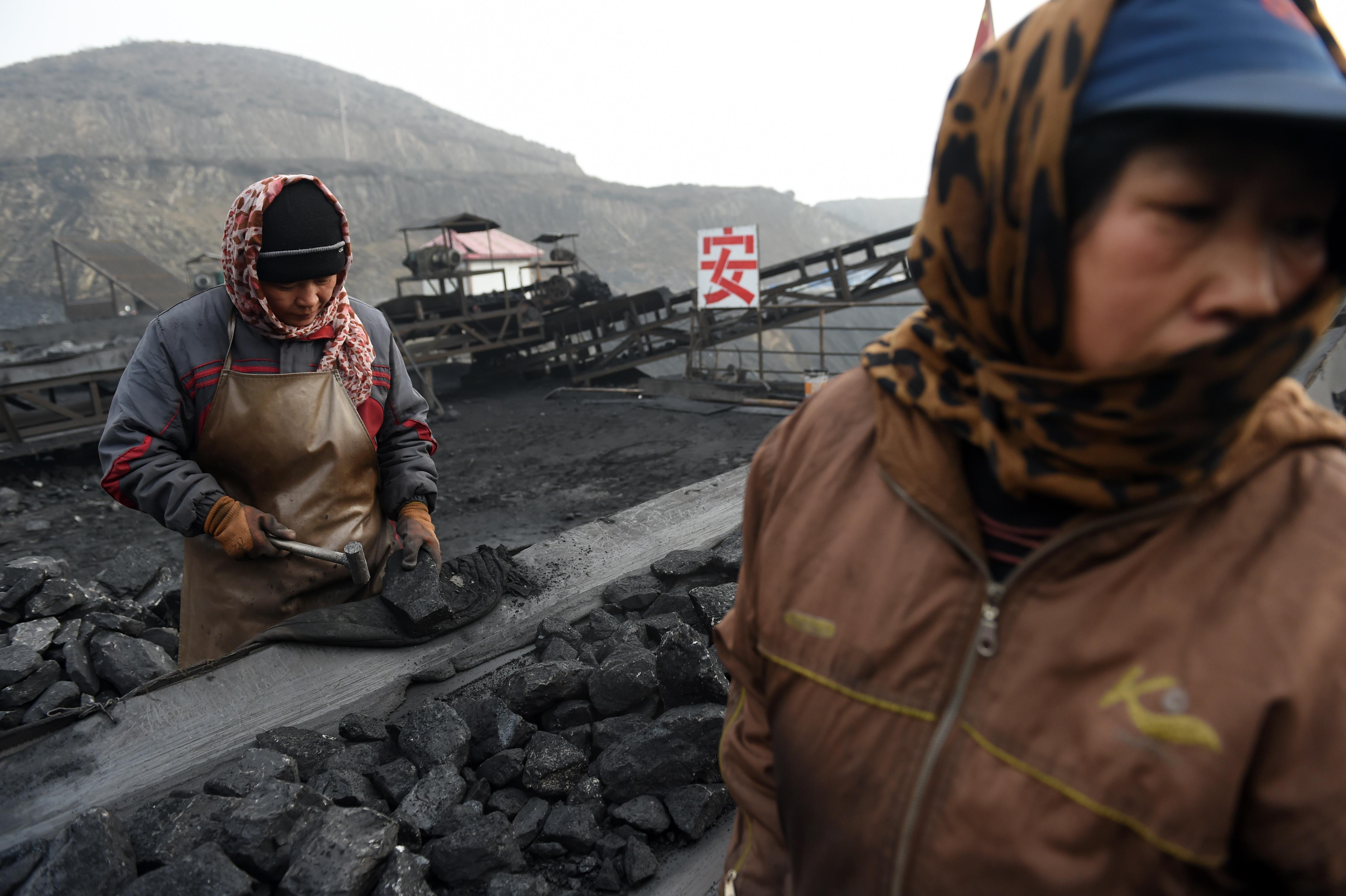 JAENSCHWALDE, Germany — Amid whiffs of chemicals and the electric hum of transformers, Kraftwerk Jaenschwalde rises like an ash-colored fortress over a landscape disfigured by decades of open-pit coal mining.

The communist-era colossus in eastern Germany is one of Europe’s dirtiest power plants, belching 24 million tons of climate-warming carbon dioxide into the air every year.

It could have been closed for good when former owner Vattenfall, a Swedish utility, decided to get rid of its coal assets in Germany to reduce its carbon footprint. But as local officials point out, the lignite industry employs thousands in this region and together with hard coal accounts for more than 40 percent of Germany’s power production.

“This is the reason why you can’t shut down a coal mine or power plant from one day to another,” plant spokesman Thoralf Schirmer says.

That the fight against climate change ran into that cold hard reality here in the heart of Europe — the world’s climate leader — shows how challenging it’s going to be to keep the global temperature rise “well below” 2 degrees Celsius, as agreed in last year’s Paris emissions pact.

A growing body of evidence suggests that the power plants, buildings, cars, trucks, ships and planes in use today are likely to emit enough CO2 over their lifetime for the world to miss that target. Coal plants alone could blow the carbon budget for 1.5 degrees C of warming, the lower threshold also mentioned in the agreement, unless they are shut down early.

“For 1.5 degrees we would have to start retiring things like crazy and we wouldn’t be able to build anything new,” says University of California, Irvine, scientist Steven Davis. “Two degrees is starting to look equally bleak.”

That hasn’t quite sunk in amid the fanfare surrounding the Paris Agreement, which entered into force with record pace.

Temperatures have already risen by about 1 degree C since the industrial revolution, when countries started burning fossil fuels for energy.

In 2010 Davis and others estimated that the world’s existing energy infrastructure had locked in 496 billion tons of CO2 emissions if left to operate for their expected lifetime. By 2013, as hundreds of additional power plants had come online in Asia, the number rose to 729 billion tons.

That’s roughly what’s remaining of the so-called carbon budget for 2 degrees, according to recent estimates based on the Intergovernmental Panel on Climate Change’s latest assessment.

That budget is significantly lower for 1.5 degrees. Joeri Rogelj of the International Institute for Applied Systems Analysis in Laxenburg, Austria, estimated that it’s 150 billion tons or somewhat higher, while researchers at the Climate Interactive group said it’s about 210 billion tons.

There is uncertainty surrounding the estimates partly because it’s unclear exactly how sensitive the climate system is to increases in atmospheric CO2 levels.

Davis’ research shows that, assuming an average lifespan of 40 years, the world’s coal-fired power plants will emit 280 billion tons of CO2, exceeding the budget for 1.5 degrees. And that doesn’t even count the hundreds more that are under construction or on the drawing board, primarily in China and other Asian countries.

“Those things wouldn’t be able to operate over their normal 30, 40 year lifespan,” says Davis. “Instead they’d need to be closed down after 10 or 15 years. And so it’s a matter of paying for that. That’s a lot of life in those power plants that we’d basically have to throw away.”

This is happening in some places like the United States where coal plants are being shut down because of competition from natural gas, which is cheaper and has lower emissions. But not fast enough to meet the goals of the Paris Agreement, as globally more coal plants are built every year than are retired, according to a report this year by environmental groups CoalSwarm, Greenpeace and the Sierra Club.

The report said there are 7,273 operating coal plants around the world this year, with 719 under construction and more than 1,000 in the planning stages.

At U.N. climate talks in Morocco this week, governments and clean energy advocates noted that the world’s transition toward a low-carbon economy is well underway, with renewable sources like wind and solar expanding quickly.

But global energy demand is also growing, meaning renewables are adding power capacity rather than replacing existing capacity from fossil fuels, said Glen Peters of the Center for International Climate and Environmental Research in Oslo.

“There is a bit of displacement going on in U.S. and in China,” he said. “But for emissions to go down you need to not build any more fossil (fuel) infrastructure. And to go down faster you would have to close down existing infrastructure.”

Very few of the scientific projections count on countries retiring fossil fuels fast enough to meet the Paris targets. Instead they assume the world will find a way to suck vast quantities of CO2 from the atmosphere in the latter half of the century.

The story of Jaenschwalde helps explain why. When Vattenfall, which is owned by the Swedish government, decided to offload its coal plants and mines in Germany, it came under pressure from environmentalists to decommission them instead. But that would have been “financially burdensome,” says Vattenfall CEO Magnus Hall.

“So we decided to divest it,” he says, adding that what to do with them is a question for the German government and people.

Environmental groups protested the sale of the mines and plants to Czech investors, saying this just means their carbon footprint is passed on to someone else.

But there was no appetite among German decision-makers for closing down the lignite industry, which employs 8,000 people in the eastern Lausitz region bordering Poland.

The new Czech owners are considering expanding the mines, saying Germany’s decision to phase out nuclear power means the demand for lignite power “will remain stable.”

That’s encouraging to Schirmer, a bookish man with a purple scarf. On the other side of the border, he says, Poland is planning to open new lignite mines, meaning Germany could end up importing electricity generated from Polish coal if it shuts down its own mines.

He agrees that Germany needs to go “100 percent renewables,” but that’s still “a long way away” because until energy storage makes a quantum leap, coal power will be needed on days when there’s no wind or sunshine.

“It wouldn’t be wise to sink the ship,” he says, “before you even have seen land.”