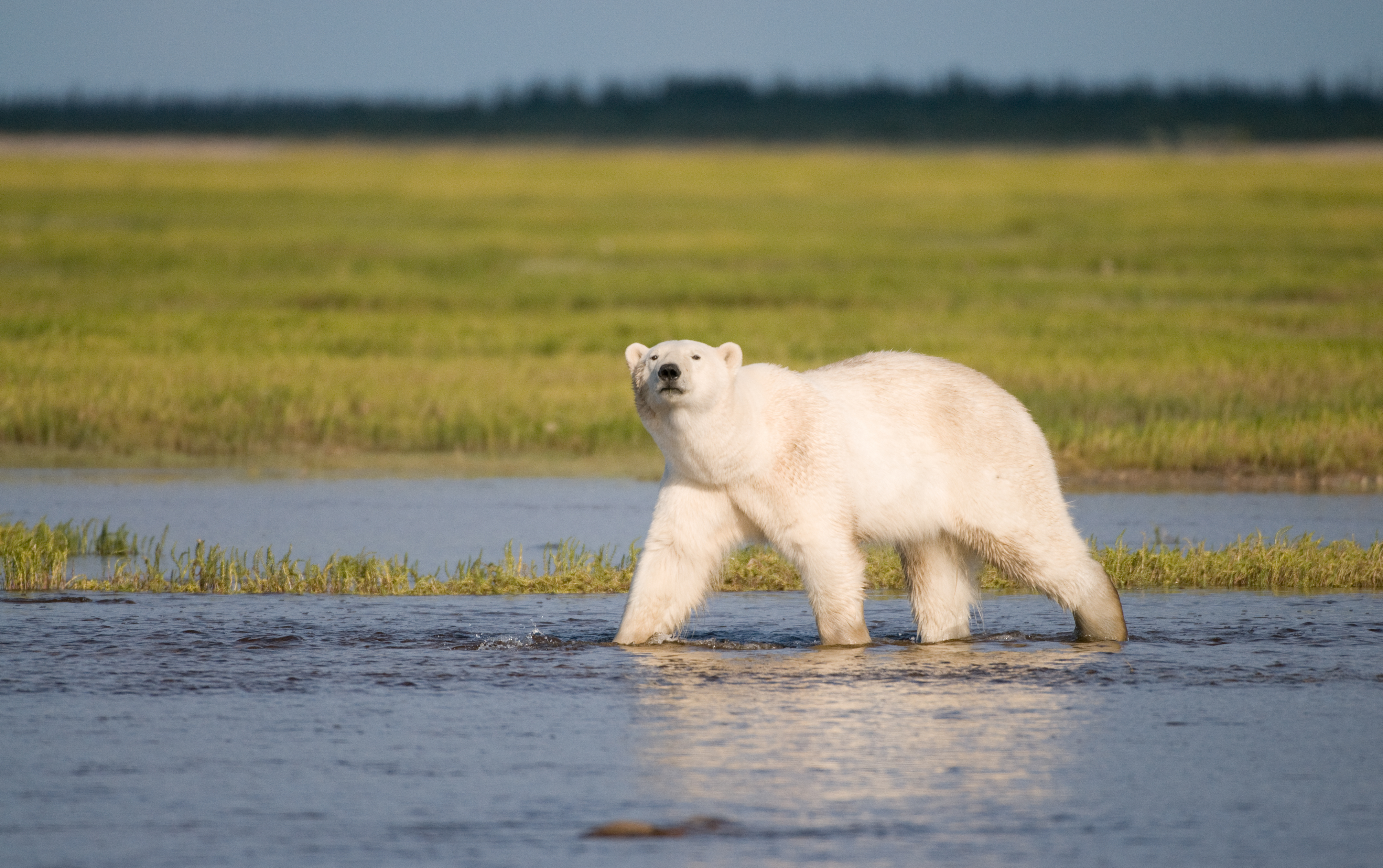 Forced onto land by melting sea ice, polar bears are struggling to find enough to eat.

A team of scientists led by the U.S. Geological Survey found the bears are getting by on berries, birds and their eggs. But these appetizers, if you will, cannot compensate for diminishing access to their traditional diet of ice seals.

"The bears are being forced off the ice earlier and they are not just going to sit around and wait for the sea ice to refreeze if there is something available for them to eat," Steve Amstrup, the chief scientist of Polar Bears International and a co-author of the study in Frontiers in Ecology and the Environment, told CBS News.

"The issue is whether or not eating these things will benefit the bears," he said. "The one terrestrial food rich enough to support bears is bird eggs. But the problem is that there aren't enough of those in the polar bear's range to make much of a difference."

And despite media reports of their newfound diets, the researchers said bears eating many of these items is still not the norm. The study found that fewer than 30 individual polar bears have been observed consuming bird eggs from any one population, which typically range from 900 to 2000 individuals.

"Although some polar bears may eat terrestrial foods, there is no evidence the behavior is widespread," USGS scientist Karyn Rode said. "In the regions where terrestrial feeding by polar bears has been documented, polar bear body condition and survival rates have declined."

The other challenge, the authors note, is that the polar bears on land have to compete with grizzly bears for what food sources are available. And tellingly, these grizzly bears are among the smallest of their species because of their diet.

"The smaller size and low population density of grizzly bears in the Arctic provides a clear indication of the nutritional limitations of onshore habitats for supporting large bodied polar bears in meaningful numbers," Rode said. "Grizzly bears and polar bears are likely to increasingly interact and potentially compete for terrestrial resources."

This is just the latest dose of bad news for the polar bears, which were added to the Endangered Species List due to the impact that global warming is having on their icy world.

Last year, the USGS found that polar bear numbers in Alaska and Canada have declined by almost half, mostly due to the impact thinning ice was having on their ability to hunt ringed seals and bearded seals.

Scientists found polar bear numbers in the southern Beaufort Sea dropped about 40 percent, to 900, between 2000 and 2010. Survival rates were especially dire from 2004 to 2006; they began to recover in 2007 and stabilized two years later.

Amstrup said he did not expect conditions to improve much, noting polar bears simply don't have the time to adapt to a new environment with completely different food sources.

"There doesn't seem to be anything out there that could replace rich foods that polar bears get off the sea ice," he said.

"We are talking temperatures being warmer in 50 years and certainly in 100 years than has ever occurred in the evolutionary history of polar bears," he said. "You can't undo a million years of evolution in 50 years."

Amstrup acknowledged a short-term solution might be for humans to feed the bears - as is sometimes done with snow-bound deer in the United States or reindeer in Norway. But the only real fix, he said, was cutting greenhouse gas emissions, which are contributing to the rise of record temperatures in the Arctic.