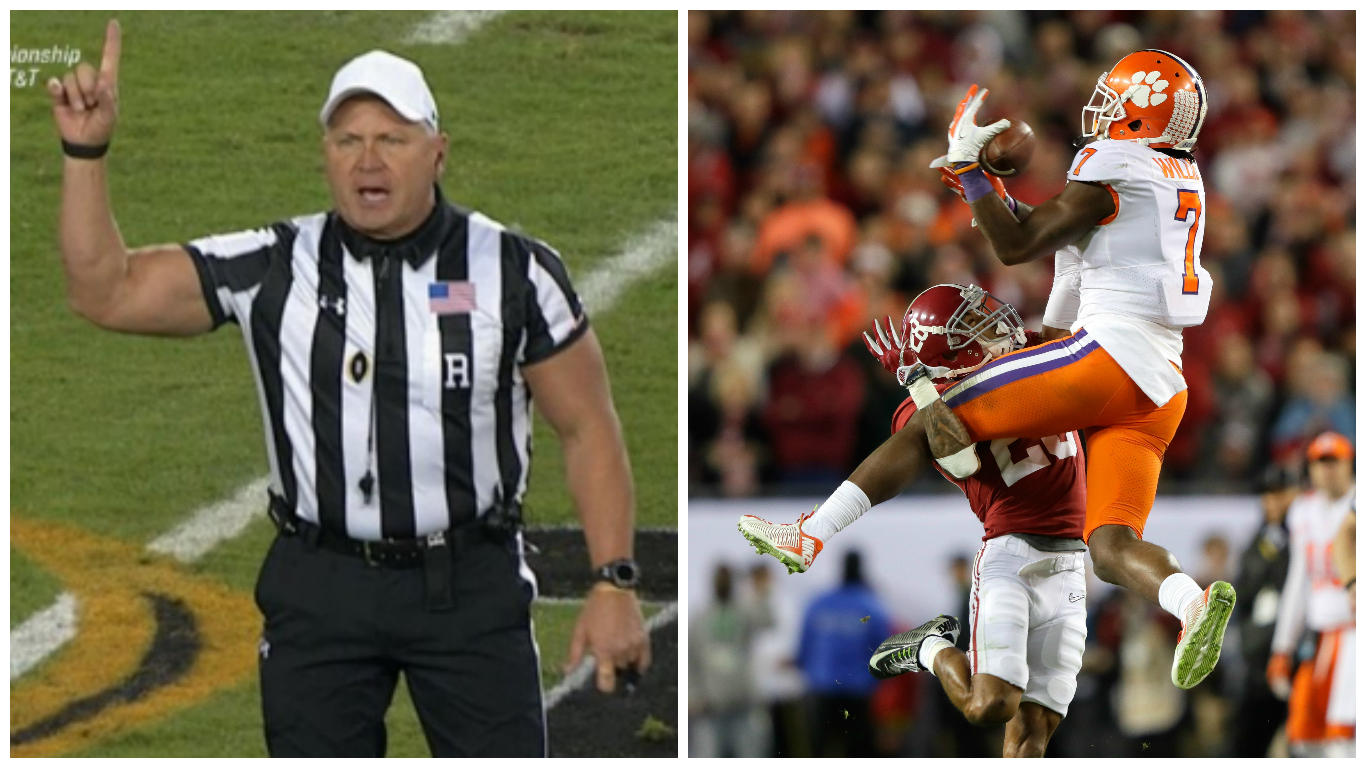 When the Clemson Tigers and the Alabama Crimson Tide took the field Monday night to face off in the college football national championship game, all eyes were on the star players. With Heisman runner-up Deshaun Watson on one side and 18-year-old superstar Jalen Hurts on the other, that could have easily been predicted.

What no one predicted was that, as early as the coin toss, a completely different star would emerge on social media -- one who played for neither Clemson nor Alabama. One who wasn’t a player at all.

Meet 54-year-old referee Mike Defee. He normally calls games in the Big 12 conference, but this time, he -- and his very large arm muscles -- were on the national stage. And just like that, a social media sensation was born.

Almost as immediately as Defee stole the social media spotlight, Twitter users began comparing -- and consequently, fantasizing about a boxing match between -- he and veteran NFL ref Ed Hochuli.

This sequence of events rendered the referee, an often overlooked player in the game of college football, an undisputed winner of the night.

In the end, Deshaun Watson and the Tigers proved the kings of the day. But for those few fleeting hours, every time the ESPN cameras focused in on the explanation of a call on the field, one very jacked ref jacked the spotlight.