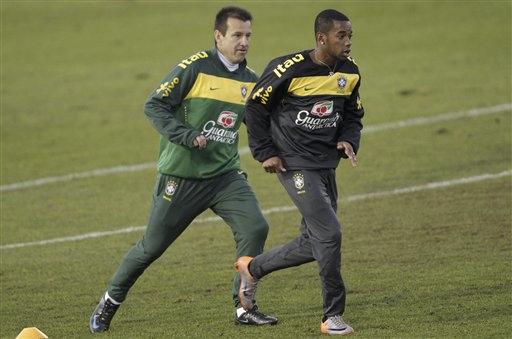 The World Food Program has suspended its operations in most of the Sudanese state of North Darfur and relocated its staff to the capital due to renewed clashes between rebels and government forces, the U.N. agency said Thursday.

The move leaves 300,000 people displaced by the fighting without access to WFP food aid, the agency said in a statement.

Clashes broke out last week between government-backed militias, known as Janjaweed, and Sudan Liberation Army rebels, in violation of a Nov. 9 cease-fire.

On Monday, 45 humanitarian aid workers who fled the fighting were rescued by African Union troops.

"All WFP staff and many NGOs were withdrawn from the field as a precautionary measure and relocated in El Fasher," the statement said.

It said the fighting halted a truck convoy carrying about 260 tons of food aid from El Fasher to other towns, "threatening the delivery of assistance to 100,000 internally displaced people."

The violence was the subject of rebel talks with government officials later Thursday in the West Darfur capital of El Geneina.

Much of the fighting has centered around the town of Tawilla, about 40 miles west of the state capital of El Fasher. Sudanese authorities said rebels killed at least 30 people on Monday. Rebels said government planes dropped bombs Wednesday on Tawilla, as well as Tadit, 25 miles south of El Fasher, killing 25 SLA fighters and some civilians.

The WFP said that SLA have withdrawn from Tawilla but that the situation is "highly volatile" in North Darfur and "tense" in the other two Darfur states, "continuing to hamper WFP's efforts to bring food aid to Darfur's distressed IDPs and local residents."

The WFP has delivered more than 13,000 tons of food aid to central distribution points this month, enough to feed 700,000 people, the statement said.

The 21-month Darfur conflict has driven more than 1.8 million people from their homes. International agencies estimate that disease, malnutrition and clashes among the displaced have killed more than 70,000 people since March. Many more have been killed in the fighting, but no firm estimate of the direct war toll exists.