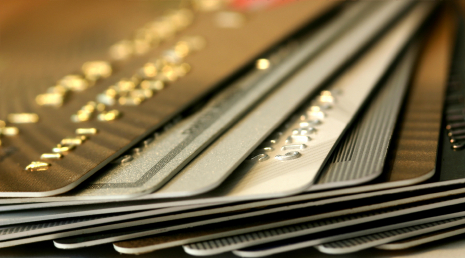 Citigroup (C) is set to become the first global bank to issue its own credit cards in China. The financial giant said Monday that Chinese banking regulators have given the company the green light to begin issuing credit cards in the country.

Although credit cards are fairly new to China (local banks introduced them to the mainland only in the mid-1980s), the market is growing fast. Some 268 million credit cards are in use in China (compared with more than 1 billion in the U.S.), roughly five times as many as were in circulation on the mainland as of 2006. Amid persistent economic weakness in the industrialized world, large Western financial institutions are eager to tap the country's enormous market.

For Citi, consumer lending in Asia-Pacific is already big business, generating profits last year of $1.9 billion on $8 billion in revenue. The company disclosed last year that expansion in the region has been the largest contributor to the bank's earnings. To this end, Citi CEO Vikram Pandit has made the push into China and other emerging markets, such as Brazil and India, a pillar of the company's growth strategy. As much as three-quarters of incremental consumer spending will come from these economies by 2020, according to some industry estimates. By that measure, Asia would surpass North America as the world's biggest consumer market in less than a decade.

Until 2008, foreign banks were required to partner with Chinese banks to issue credit cards. The only bank outside the mainland to offer its own credit cards in China to date is Hong Kong's Bank of East Asia. Such restrictions have left the card market largely under the control of a single local payments processing company, UnionPay.

But non-Chinese financial firms have been pushing the People's Republic for years to open the industry to foreign players. Now, Citi is expected to introduce a bank-branded credit card in China by year-end, which is certain to spur other big financial institutions to try to follow suit. One key in how China's credit-card sector will develop in the coming years -- whether Chinese authorities will end UnionPay's monopoly on card processing by permitting MasterCard (MA) and Visa (V) to launch rival networks.

Why Chinese savers could thwart Citi

Several factors are driving the growing use of credit cards in China. The country has a burgeoning middle class, especially in the large coastal cities that dominate trade on the mainland. Younger, tech-savvy consumers are also increasingly comfortable using credit, especially with the emergence of online shopping.

Still, as of last year only some 6 percent of all commercial transactions in China were conducted using a credit card. That reflects the significant obstacles that could slow the adoption of credit cards in China and impede Western banks. For one, China's payments infrastructure outside its biggest cities remains rudimentary.

More important is the traditional focus in China on saving money. Chinese households save about one-fourth of their discretionary income, six times the average savings rate in the U.S. A corollary to such concerns is the widespread cultural aversion to debt. Debit cards are a far more popular form of payment in China, with more than 2 billion of the cards believed to be in use (for a population of 1.3 billion). As one marketing expert who has studied Chinese consumer attitudes told Shanghai Daily last year:

"There is a great reluctance to go into debt and to then pay interest on that debt, which of course is a defining feature of credit card products," says [the] study's co-author Steve Worthington of China and Australia's Monash University.

Help for the U.S. trade deficit?

Yet such social attitudes are changing, easing Chinese consumers' reluctance to buy on credit. In 2010, credit card-based transactions in China amounted to $1.6 trillion, the Financial Times notes. During last month's week-long Chinese Lunar New Year holiday, mainland consumers racked up $15.9 billion in credit-card charges, up more than 30 percent compared with the same period last year, according to UnionPay.

Growing credit-card use in China could have repercussions for the broader global economy. It could foster a pick up in domestic consumption, long a goal of Western governments eager to boost exports to China. That, in turn, could stimulate growth in the U.S. and in Europe.

It also could help shrink America's enormous trade deficit with the People's Republic, a persistent source of tension in U.S-China relations. Since 2001, that gap has cost the U.S. 2.8 million jobs, according to the Economic Policy Institute, a Washington think-tank. Alluding to his concerns about the deficit, President Obama said in his State of the Union speech in January that the U.S. will form a trade enforcement group to investigate "unfair trade practices in countries like China."