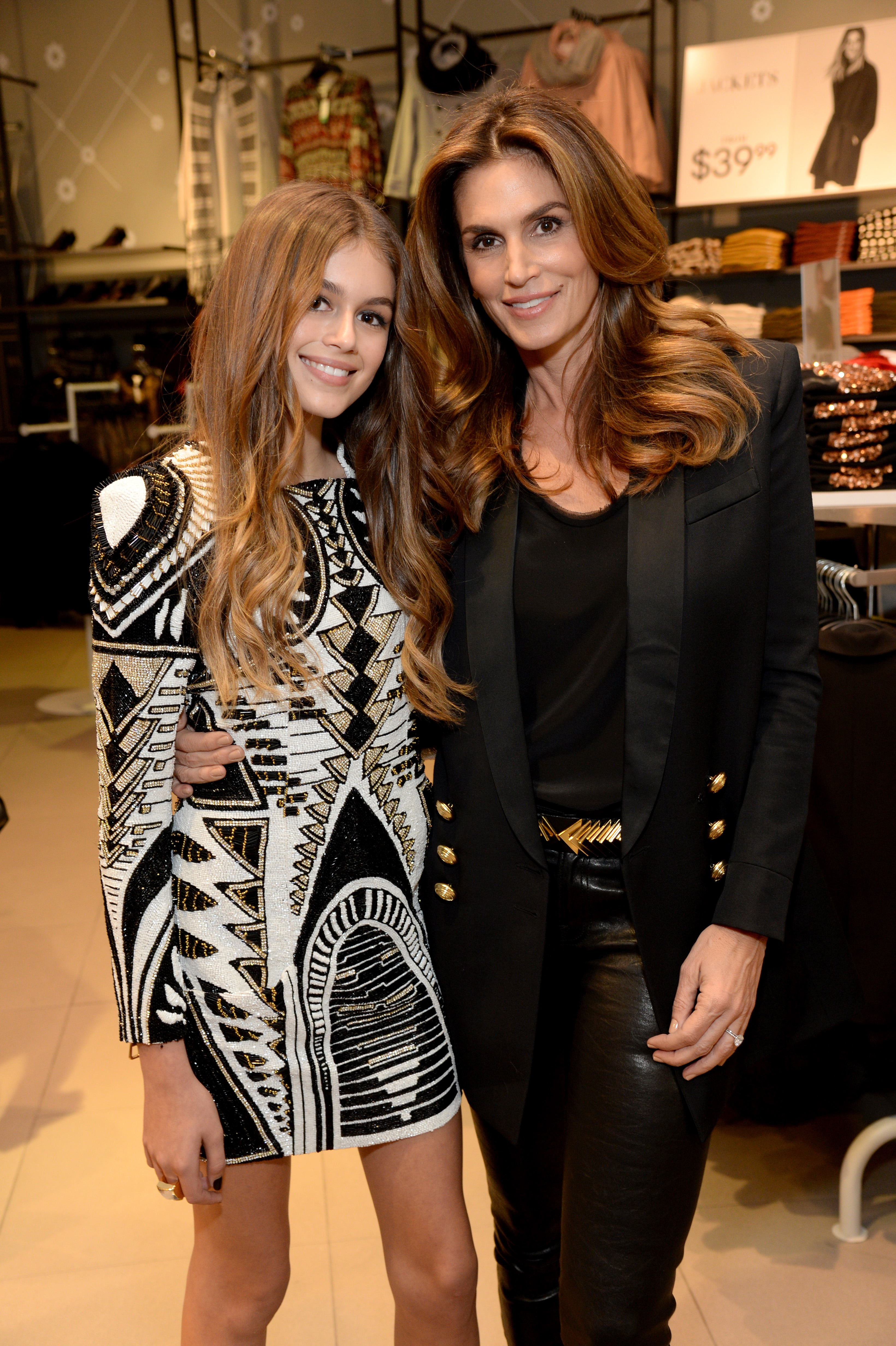 Cindy Crawford and her 14-year-old daughter, Kaia Gerber, are twinning on the cover of Vogue Paris.

The shoot was their first together. Emmanuelle Alt, Vogue Paris editor-in-chief, described the tender moment between the two models.

"The family resemblance is striking," wrote Alt. "There's the same brown eyes that gaze out from underneath the same full brows, the smile could charm the stars out of the sky, the cascade of hair would have Barbie green with envy and same enviable figure from the same genetic miracle. Cindy Crawford's daughter, Kaia Gerber, joins her on our cover this month and she's a carbon copy of her mother at the same age, the original supermodel in the 1990s. For the first time, the pair pose together for Vogue, in the safe hands of Mario Testino."

Crawford and Gerber shot their photos on the beach in Malibu, where Crawford gave her daughter modeling advice, according to Vogue Paris. Gerber recently landed a gig as a model for Alexander Wang.

If you're hoping to see more modeling shots of Crawford and Gerber in the future, you're out of luck. Crawford says this will be their last together, as she wants Gerber "to find her own feet in the industry."