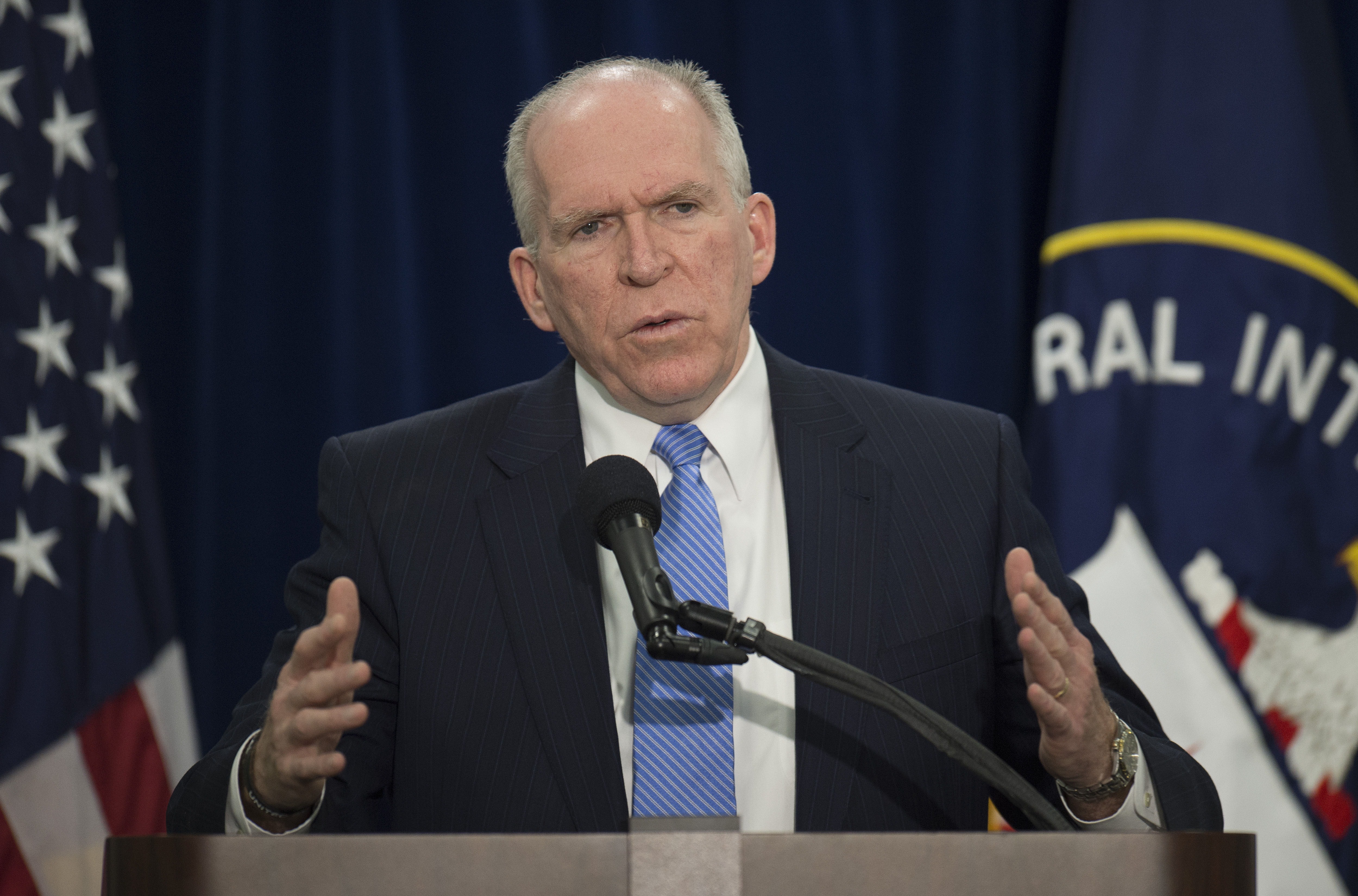 CIA director John Brennan said Thursday that the CIA obtained valuable information from detainees who had been subjected to enhanced interrogation techniques (EITs), but the question of whether that information could have been obtained without brutal interrogation sessions was "unknowable."

He added that his view, however, is that "effective, non-coercive methods are available to elicit such information, methods that do not have a counterproductive impact on our national security and on our international standing. It is for these reasons that I fully support the president's decision to prohibit the use of EITs."

The CIA director appeared in public and took questions on the CIA's enhanced interrogation methods for the first time since the Senate Intelligence Committee released its report earlier this week on the agency's actions in the wake of the Sept. 11 attacks. The report concluded that the CIA's methods were not only more brutal than believed, but also ineffective at gathering actionable information. The report also said that the CIA consistently misled Congress and the public about the program to keep it going.

The CIA has denied many of the charges and issued its own lengthy rebuttal of some of the report's points Tuesday, a redacted version of its 2013 response to the Democrats' report.

Brennan reiterated some of the CIA response in his remarks Thursday, acknowledging the CIA was unprepared to conduct the detention and interrogation program as quickly as it did after the 9/11 attacks, and he conceded that the agency's monitoring of the EIT activities was inadequate.

Though Brennan said that some officers went beyond the list of interrogation techniques that had been authorized by the Justice Department, he contends that only a few officers acted inappropriately and that most CIA agents acted in accordance with the legal and policy guidelines they were given.

"CIA officers' actions that did comport with the law and policy should neither be criticized nor conflated with the actions of the few who did not follow the guidance issued. At the same time, none of these lapses should be excused, downplayed or denied. In some instances we simply failed to live up to the standards that we set for ourselves," he said.

Still, Brennan declined to characterize the actions of those agents as torture.

"I certainly agree that there were times when CIA officers exceeded the policy guidance that was given and the authorized techniques that were approved and determine to be lawful," he said. "They went outside of the bounds in terms of their actions as part of that interrogation process, and they were harsh. As I said in some instances, I considered them abhorrent, and I will leave to others how they might want to label those activities. But for me it was something that is certainly regrettable but we are not a perfect institution, we made up of individuals and as human beings we are imperfect beings."

Brennan listed reforms he will be implementing as a result of the CIA's own internal investigation, as well as the Intelligence Committee's report. They included broadening the scope of accountability reviews, strengthening the planning, management, oversight and evaluation of the CIA's covert action program, regularly reexamining the legal rationales that justify sensitive programs, and improving record keeping to help the House and Senate Committees that are responsible for oversight of the agency. He also said the CIA would give those committees notice when the CIA had a "significant legal interpretation of the Constitution or other U.S. law affecting intelligence activities conducted by the CIA."

One of the criticisms of the Senate report was that the full Senate Intelligence Committee was not briefed on the detention and interrogation program until just hours before it was publicly disclosed by former President George W. Bush in September 2006.

Brennan said he valued congressional oversight, saying there was no relationship more important than the one the CIA has with its oversight committees. But he objected to the fact that the committee declined to interview any CIA personnel during the course of its investigation.

Brennan said he'd hoped the report would "offer an impartial and authoritative assessment of the program, help us learn from our mistakes, and inform how we conduct sensitive activities in the future."

"Unfortunately, the committee could not agree on a bipartisan way forward," he said.

Most of the committee's Republicans did not agree with the report's conclusions, and, like the CIA, they issued their own lengthy report rebutting many of its charges.

One question raised related to waterboarding, and how many detainees were subjected to it. Although the CIA has said technique was only used on three detainees, the committee found a photograph during their investigation that showed a waterboard and buckets of water at a detention site where the CIA claims it never used the technique.

Brennan spoke at length Thursday and took questions, which is a rare occurrence for the head of the CIA. But at one point, when a reporter urged him to share his thoughts on whether the the Senate report should have been released "in the interest of transparency," Brennan indicated he'd had enough.

"I think there's more than enough transparency that has happened over the last couple days," he said. "I think it's over the top."