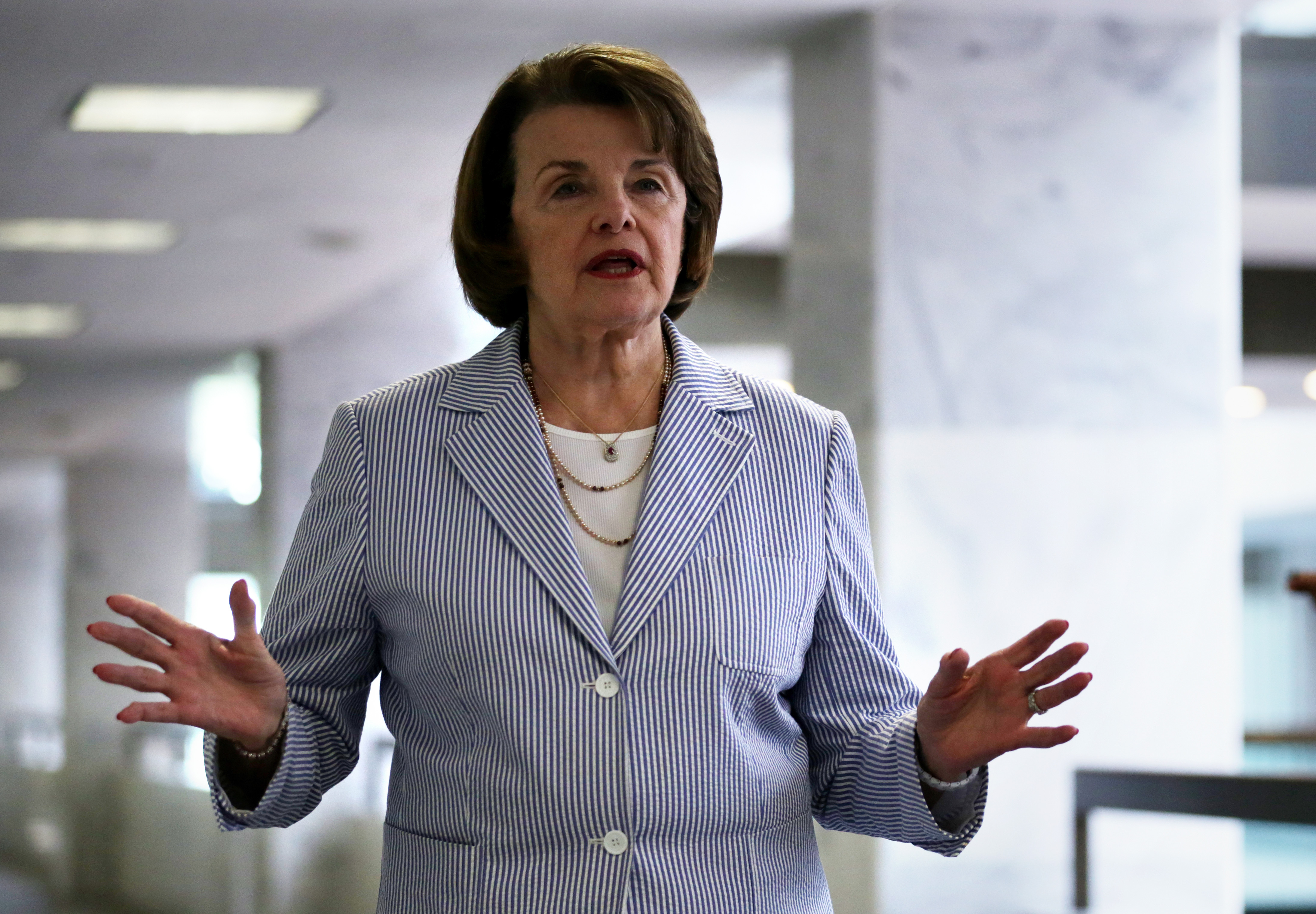 The Senate Intelligence Committee released the findings from their three and a half year investigation into the CIA's enhanced interrogation techniques Tuesday, saying that the agency's methods were not only ineffective at gathering necessary information, but that the CIA consistently misled Congress and the public about the program to keep it going.

"This document examines the CIA's secret overseas detention of at least 119 individuals and the use of coercive interrogation techniques - in some cases amounting to torture," said Sen. Dianne Feinstein, D-California, the chairwoman of the Senate Intelligence Committee.

The investigation began as a bipartisan endeavor, with all but one member of the intelligence committee voting to start the review in March 2009. Ultimately, however, just one Republican on the Senate Intelligence Committee, Sen. Olympia Snowe, R-Maine, joined Democrats in voting to approve it in 2012. Many of the Republicans on the committee joined Democrats in voting to declassify the report in April, arguing that the public should draw its own conclusions about the effectiveness of the enhanced interrogation program.

The report covers practices that occurred during the Bush administration. President Obama closed the remaining CIA secret prisons overseas and banned harsh interrogation practices on his first day in office in 2009.

Both Republicans and the CIA are releasing their own responses to the report. Senate Minority Leader Mitch McConnell, R-Kentucky, and Sen. Saxby Chambliss, R-Georgia, the ranking member and vice chairman of the Senate Intelligence Committee, said in a joint statement that they believe the report "will present serious consequences for U.S. national security." They say it is "an ideologically motivated and distorted recounting of historical events."

There are four key findings: That the CIA's enhanced interrogation techniques did not lead to the collection of critical intelligence that disrupted a plot; that the CIA provided extensive inaccurate information about the operation of the program and its effectiveness to both lawmakers and the public; that the management of the program was deeply flawed, and that it was far more brutal than the CIA led lawmakers and the public to believe once it was revealed in 2006.

"The report documents a troubling program involving enhanced interrogation techniques on terrorism suspects in secret facilities outside the United States, and it reinforces my long-held view that these harsh methods were not only inconsistent with our values as nation, they did not serve our broader counterterrorism efforts or our national security interests," Mr. Obama said in a statement after hte report was released. "Moreover, these techniques did significant damage to America's standing in the world and made it harder to pursue our interests with allies and partners. That is why I will continue to use my authority as President to make sure we never resort to those methods again."

He also said, however, that intelligence professionals are "patriots" and that "we owe a profound debt of gratitude to our fellow citizens who serve to keep us safe, among them the dedicated men and women of our intelligence community, including the Central Intelligence Agency."

Just the 480-page executive summary of the report was released Tuesday. The full report, which is more than 6,000 pages long, was the result of the Senate Intelligence Committee's review of more than 6.3 million pages of CIA records. They reviewed 20 of the most frequent and prominent examples of so-called successful interrogations cited by the CIA, that resulted in actionable intelligence.

There were 119 known detainees that were in CIA custody during the life of the program. Twenty-six of them were wrongfully held, the report concludes, and detainees often remained in custody for months after the CIA determined they should have been detained.

The information gained from the detainees during the interrogations, the report finds, was often fabricated, but the interrogators did not know that they were receiving fabricated information. It also cites examples of CIA personnel calling into question the effectiveness of the techniques.

The report also documents inaccurate information the CIA provided to the White House, Congress, the Justice Department, the CIA inspector general, the media, and the American public about the program. The CIA said the intelligence gained from the detainees subjected to enhanced interrogation techniques saved American lives, and it provided examples of what it said were thwarted terrorist plots, but that information contradicted the CIA's own records.

Another point of contention--the full Senate Intelligence Committee was not briefed on the detention and interrogation program until just hours before it was publicly disclosed by former President George W. Bush in September 2006. At the time, several senators, including Sen. John McCain, R-Arizona, objected to the techniques used by the CIA. Methods like waterboarding and sleep deprivation were torture, he said. Other lawmakers expressed concerns to the CIA in writing, but the CIA still told the Justice Department that no senators objected to the enhanced interrogation techniques they were seeking to use.

CBS News Congressional Correspondent Nancy Cordes also reports that Mr. Bush himself was not fully briefed on the program until 2006, and he seemed "uncomfortable" with the information he was receiving. The CIA had prepared to brief him on the program in 2002, but the White House ultimately told the CIA that he would not receive the briefing.

The report finds serious mismanagement of the entire detention and interrogation program. The CIA told Congress in 1989 that "inhuman physical or psychological techniques are counterproductive because they do not produce intelligence and will probably result in false answers," a fact that the agency did not take into account when it used these techniques on detainees captured after the 9/11 attacks.

At a poorly managed facility referred to as "COBALT" in the report, a junior officer with no relevant experience was placed in charge. The facility opened in September 2002, and by November a detainee who had been held partially nude and chained to a concrete floor died from suspected hypothermia. It was previously reported that Gul Rahman, a detainee, died of hypothermia at a secret CIA prison in Afghanistan known as the "Salt Pit"

The report details ways in which the program was far more brutal than the CIA described to Congress and the public. Beginning with the first detainee in the program, Abu Zubaydah, enhanced interrogation was used on several detainees in near non-stop fashion for days or weeks at a time. One technique employed was sleep deprivation, which involved keeping detainees awake for up to 180 hours, usually in standing or painful stress positions, sometimes with their hands shackled above their heads. At least one detention facility was kept in complete darkness with the detainees constantly shackled in isolated cells, subjected to loud noise and given only a bucket to use for human waste.

Multiple detainees who were subjected to the techniques exhibited psychological and behavioral issues like hallucinations, paranoia and attempts at self-harm. Multiple psychologists attributed the problems to a lack of human contact.

The report also suggests that the CIA told the Justice Department (DOJ) that waterboarding was less physically harmful, but said that it induced convulsions and vomiting. During one session cited in the report, Abu Zubaydah became "completely unresponsive with bubbles rising through his open full mouth."

Although the CIA has said waterboarding was only used on three detainees, the committee found a photograph during their investigation that showed a waterboard and buckets of water at a detention site where the CIA claims it never used the technique.

The report says the CIA prioritized Abu Zubaydah's interrogation over the medical care he needed for a bullet wound sustained during capture, contrary to what it told DOJ. And at least five CIA detainees were subjected to "rectal feeding" or "rectal hydration" without any documented medical need, the committee found.

The CIA told DOJ it would begin interrogations in a non-threatening manner and start with the least coercive techniques necessary to extract information. Instead, the committee found, the most aggressive techniques were used immediately, in combination and nonstop.

The CIA also used two outside contract psychologists to develop, operate and assess the program, although they had no experience as interrogators, specialized knowledge of al Qaeda, backgrounds in counterterrorism, or relevant cultural and linguistic experience. The psychologists were allowed to assess the effectiveness of their own program and the company they formed to do work for the CIA was paid more than $80 million.

After reviewing the full committee report, the DOJ is not expected to initiate any criminal charges against CIA officers who were involved in the detention and interrogation program.

In 2009, Attorney General Eric Holder oversaw a preliminary review of two cases involving individuals who were alleged to have been mistreated while in government custody after the 9/11 attacks. Holder said at the time that no one who had acted in good faith and within the scope of the Office of Legal Counsel's directives on interrogation of detainees would be prosecuted by the DOJ.

Countries where the U.S. warns Americans may be wrongfully detained
Rebecca Kaplan