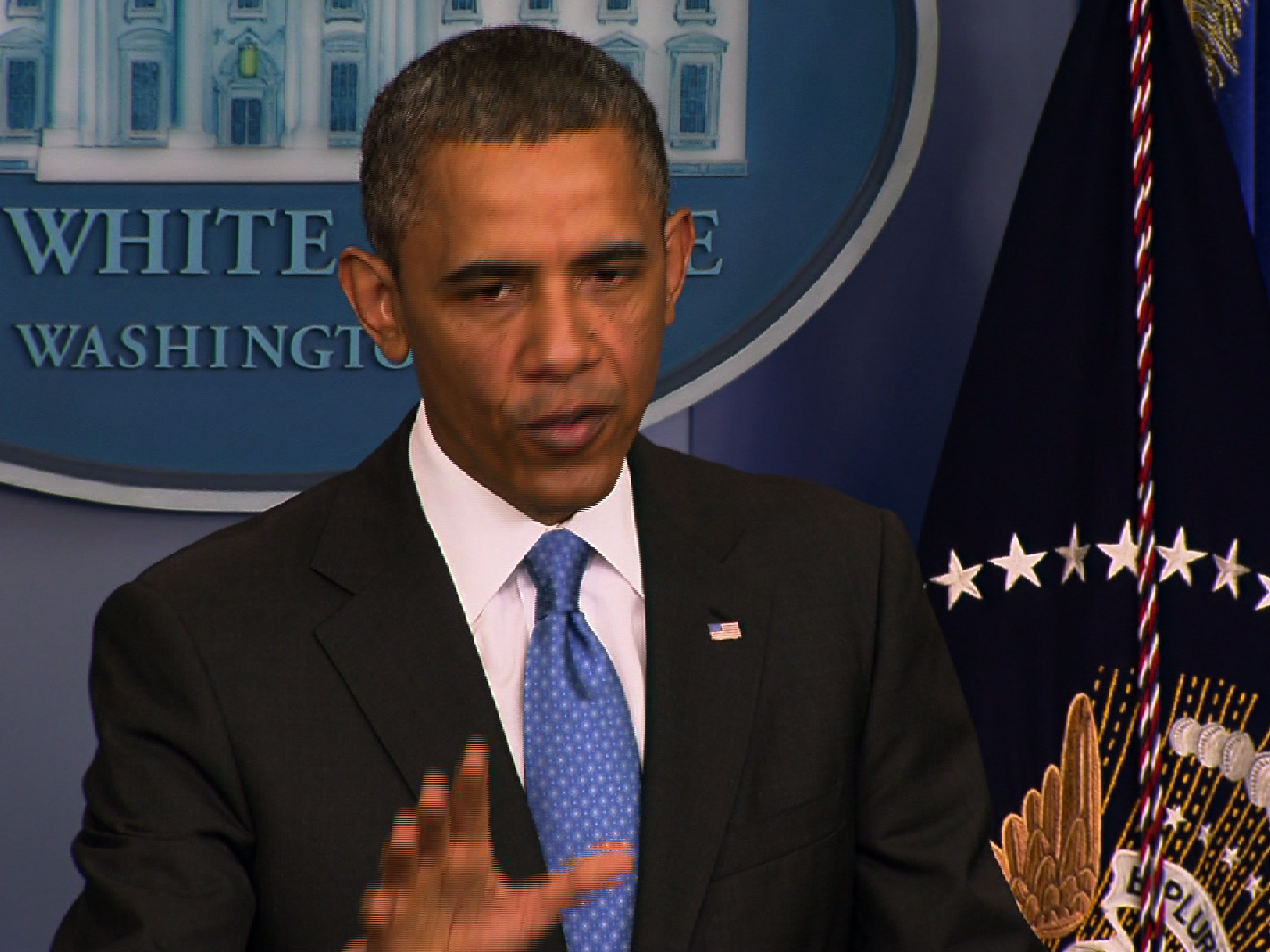 Amid a protracted and widespread hunger strike at Guantanamo Bay, President Obama on Tuesday vowed to revisit the idea of closing the detention camp, though he conceded that "ultimately we're also gonna need some help from Congress."

The president, speaking to reporters Tuesday morning in a press conference, told CBS News' Bill Plante "it is not a surprise" to him "that we've got problems in Guantanamo," which he had pledged to close in the 2008 presidential campaign.

"I continue to believe that we've got to close Guantanamo," he told Plante. "I think it is critical for us to understand that Guantanamo is not necessary to keep America safe. It is expensive. It is inefficient. It hurts us, in terms of our international standing. It lessens cooperation with our allies on counter-terrorism efforts. It is a recruitment tool for extremists. It needs to be closed."

Despite his longstanding rhetorical commitment to closing Guantanamo, where a medical team was recently called in to help deal with the 100 detainees who are currently refusing food, Mr. Obama has not seriously addressed the issue since 2009, when he was unable to comply with an executive order declaring the prison would be closed within the year. Now, he says, "I'm gonna go back at this."

"I've asked my team to review everything that's currently being done in Guantanamo, everything that we can do administratively, and I'm gonna reengage with Congress to try to make the case that this is not something that's in the best interest of the American people," he said. "It's not sustainable. I mean, the notion that we're going to continue to keep over 100 individuals in a no-man's land in perpetuity, even at a time when we've wound down the war in Iraq, we're winding down the war in Afghanistan, and we're having success defeating Al Qaida core."

In the meantime, Mr. Obama said, "the Pentagon is -- is trying to manage the situation as best as they can."

"But I think all of us should reflect on why exactly are we doing this," he continued. "I understand that in the immediate aftermath of 9/11, with the traumas that had taken place, why for a lot of Americans the notion was somehow that we had to create a special facility like Guantanamo and we couldn't handle this in a normal, conventional fashion. I understand that reaction. But we're now over a decade out. We should be wiser. We should have more experience in how we prosecute terrorists. And this is a lingering, you know, problem that is not gonna get better. It's gonna get worse. It's gonna fester."