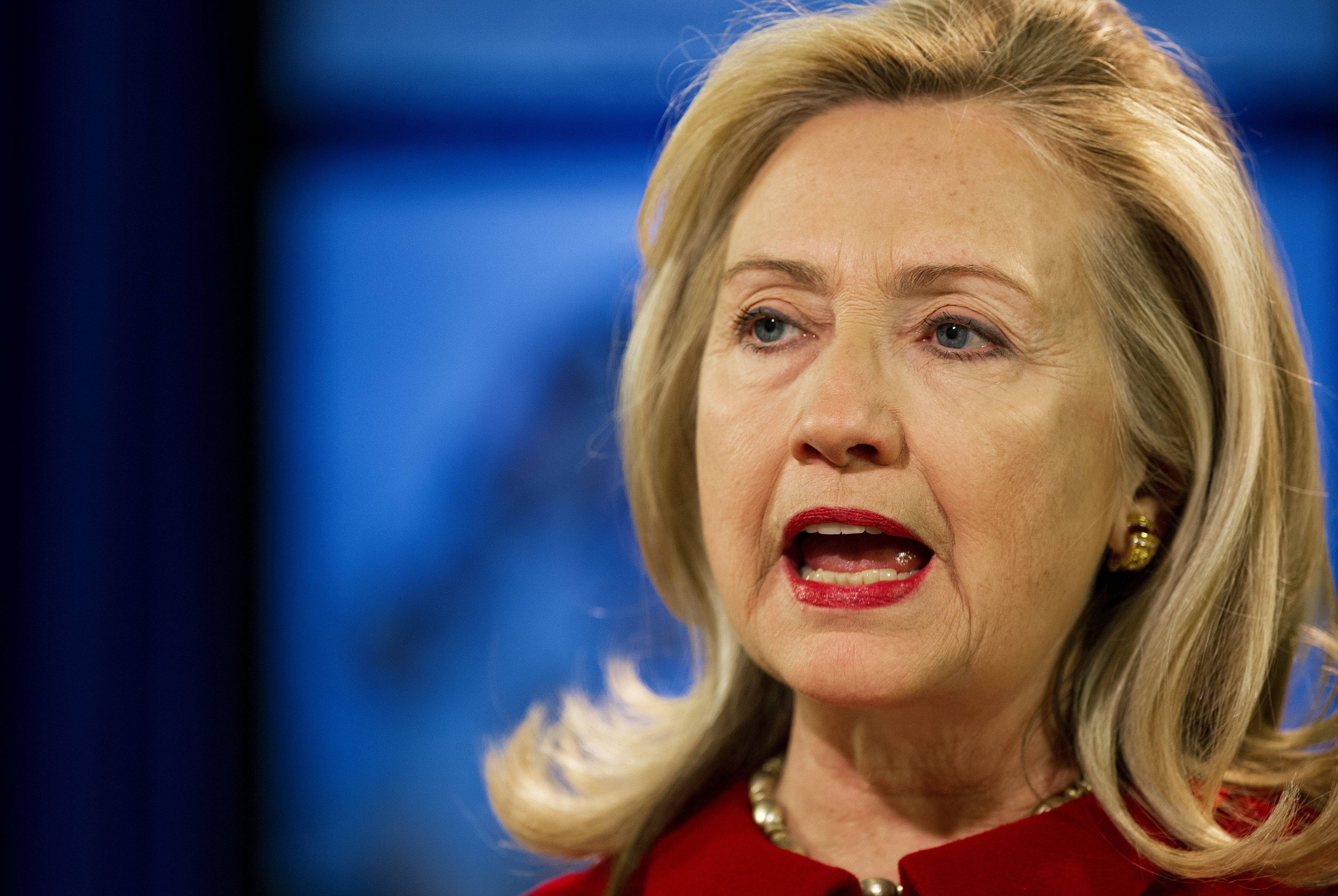 Former Secretary of State Hillary Clinton opposed a prisoner swap to exchange Taliban detainees for Sgt. Bowe Bergdahl when the idea first came up in 2011, according to a former senior administration official cited by the Washington Post, joining several high-level Obama officials that include former CIA Director Leon Panetta, former Defense Secretary Robert Gates and Director of National Intelligence James Clapper, who were also not supportive at the time.

The official said the opposition was rooted in, "whether or not we could get a travel ban for the five in Qatar. Once they got that travel ban, there was support," The Post reports. Under the terms of the agreement with the Taliban, the detainees will remain in Qatar for one year, where they will be allowed to travel freely.

Clinton aides dispute reports that she opposed a prisoner swap.

"The notion that Secretary Clinton ever rejected a transfer like this out of hand is not accurate. In fact, she authorized negotiations with the Taliban that included a transfer for Sgt. Bergdahl," said Clinton spokesman Nick Merrill. "She set a high bar and insisted on strict conditions for any deal, but as she said this week, America has a noble tradition that we leave no soldier behind."

In the days since the deal was executed Clinton has been publicly supportive. "This young man, whatever the circumstances, was an American citizen - is an American citizen - was serving in our military...The idea that you really care for your own citizens and particularly those in uniform, I think is a very noble one," she said at an event in Colorado on Monday.

Noting the difficulty of the decision, she said, "You don't want to see these five prisoners go back to combat. There's a lot that you don't want to have happen. On the other hand you also don't want an American citizen, if you can avoid it, especially a solider, to die in captivity."

One document that might offer insight into Clinton's exact thinking on the prisoner swap is a January 2012 letter she wrote to members of Congress who had expressed concern when they were last briefed on a potential exchange in late 2011 and 2012. The contents of the letter are classified.

Several members of Congress, both Democrat and Republican, have expressed concern that Congress was not briefed prior to the final exchange and instead were notified after it had taken place. The White House called several lawmakers to apologize over the weekend for failing to notify them first. CBS News Congressional Correspondent Nancy Cordes reports that several members of Congress have cast doubt upon the claims that Bergdahl's health had seriously deteriorating, believing that the administration moved ahead without notifying them because they knew there would be stiff opposition.

Sen. Lindsey Graham, R-S.C., who has expressed doubt that Bergdahl's health was truly at risk, also suggested the administration was taking advantage of an opportunity to further its goal of closing the Guantanamo Bay prison.

"The idea you had to release these five Taliban prisoners because we're about to withdraw from Afghanistan therefore the war is over is a false construct," he said Wednesday. "I think they seized a moment her to get rid of five hard core guys and their goal is to empty that jail. My goal is to keep them in jail when appropriate to protect the United States."

Senate Majority Leader Harry Reid, D-Nev., became one of the few lawmakers to praise President Obama for the exchange.

Reid took to the Senate floor Wednesday and chastised several Republican senators who had called on the U.S. to do anything possible to bring Bergdahl home, but have now joined the chorus of criticism against the administration.

"Opponents of President Obama have seized upon the release of an American prisoner of war -- that's what he was -- using a moment of celebration for our nation as a chance to play political games. The safe return of an American soldier should not be used for political points," Reid said. "They're worried his release could be seen as a victory for President Obama."

The website Mashable has been keeping a list of the lawmakers who sent out tweets praising Bergdahl's return only to delete them after questions began circulating about the circumstances of the sergeant's capture.

Most of the handful of tweets were from Republican lawmakers and candidates, but Rep. Stephen Lynch, D-Mass., also deleted two messages. One read, "Great to hear that Bo Bergdahl has been released from captivity in Afgh/Pak," and the other read, "Warmest regards to his family with gratitude for his/their service and sacrifice."