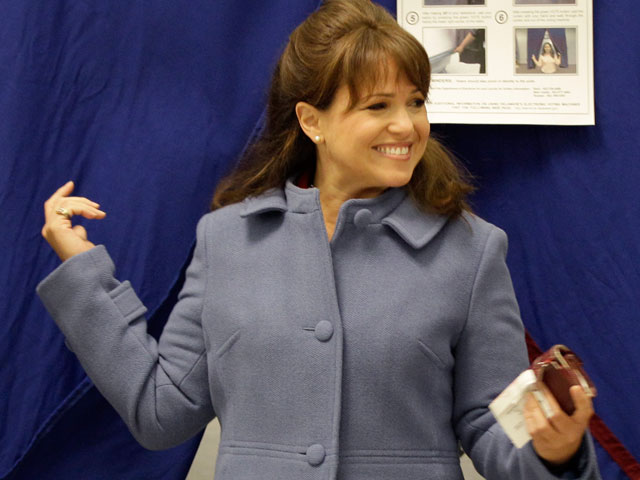 Democrat Chris Coons trounced Republican Christine O'Donnell by a 56% to 40% margin in a special election to win the Delaware Senate seat that Vice President Joe Biden had occupied for more than 30 years.

He pledged to "all the working families across Delaware that I will work tirelessly to get our nation and our state back on track."

Coons thanked O'Donnell in his speech as he alluded to the sharp differences between them during the election campaign. But he nonetheless held out an olive branch to his defeated rival and her supporters. "I am convinced that Ms. O'Donnell worked her heart out because she loves this country," he said. Speaking directly to supporters, Coons said that even if he did not win their votes, he hoped to have a chance "to win your respect and your partnership."

He said that the vote was a vote of confidence that "our ideas are the right ones to grow our economy and to get our state and our people back on track."

In recent days, Coons' lead had widened to double digits. However, earlier today there were worries about low turnouts in some areas and by midday the Coons campaign sent out an email to supporters urging them to get to vote.

At first blush, O'Donnell seemed to be a very unlikely candidate. Yet in the Republican primary she stunned the pundits, O'Donnell received solid support from the state's tea party movement and went on to defeat congressman and former Delaware governor Mike Castle. She was also aided by endorsements from former Alaska Governor Sarah Palin as well as South Carolina's Jim DeMint.

O'Donnell was also put on the defensive after she was shown describing evolution as "a myth" in a 1998 appearance on the ABC series, "Politically Incorrect."

You can follow CBSNews.com's full coverage of Campaign 2010 here.