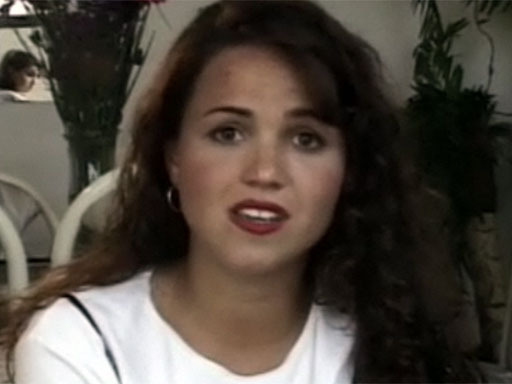 Christine O'Donnell, the Delaware GOP Senate nominee, said during a 2003 television appearance that she agreed with the suggestion that she wanted to stop "the whole country from having sex." She made the comments during a discussion of her efforts to keep young people from having sex before marriage.

Check out the video at left, which a Democratic source provided to the Washington Post's Greg Sargent. It's the latest video showing memorable comments from O'Donnell, who appeared regularly as a television commentator before becoming a politician.

In the video, O'Donnell is shown on MSNBC debating Eric Nies, who was talking about his efforts to encourage young people to practice safe sex.

"I tell them to be careful," Nies says in the video. "You have to wear a condom. You have to protect yourself when you're going to have sex, 'cause they're having it anyway. There's nothing that you or me can do about it."

O'Donnell responds: "The sad reality is -- yes, there is something you can do about it. And the sad reality, to tell them slap on a condom is not..."

Interjects Nies: "You're going to stop the whole country from having sex?"

"I'm a young woman in my thirties and I remain chaste," she adds. "It's unrealistic to think they're just going to do it anyway. Kids are not just dogs in heat."

As Salon.com notes, O'Donnell told the Wilmington News Journal in 2004 that in college (as the News Journal writes) she "did things she regrets -- drinking too much and having sex with guys with whom there wasn't a strong emotional connection. But it was also during college that she found her faith again and chose to live a life of chastity."

"You're going to be pleasing each other, and if he already knows what pleases him, and he can please himself, then why am I in the picture?" she said.

You can see a slideshow of more controversial past comments from O'Donnell below: