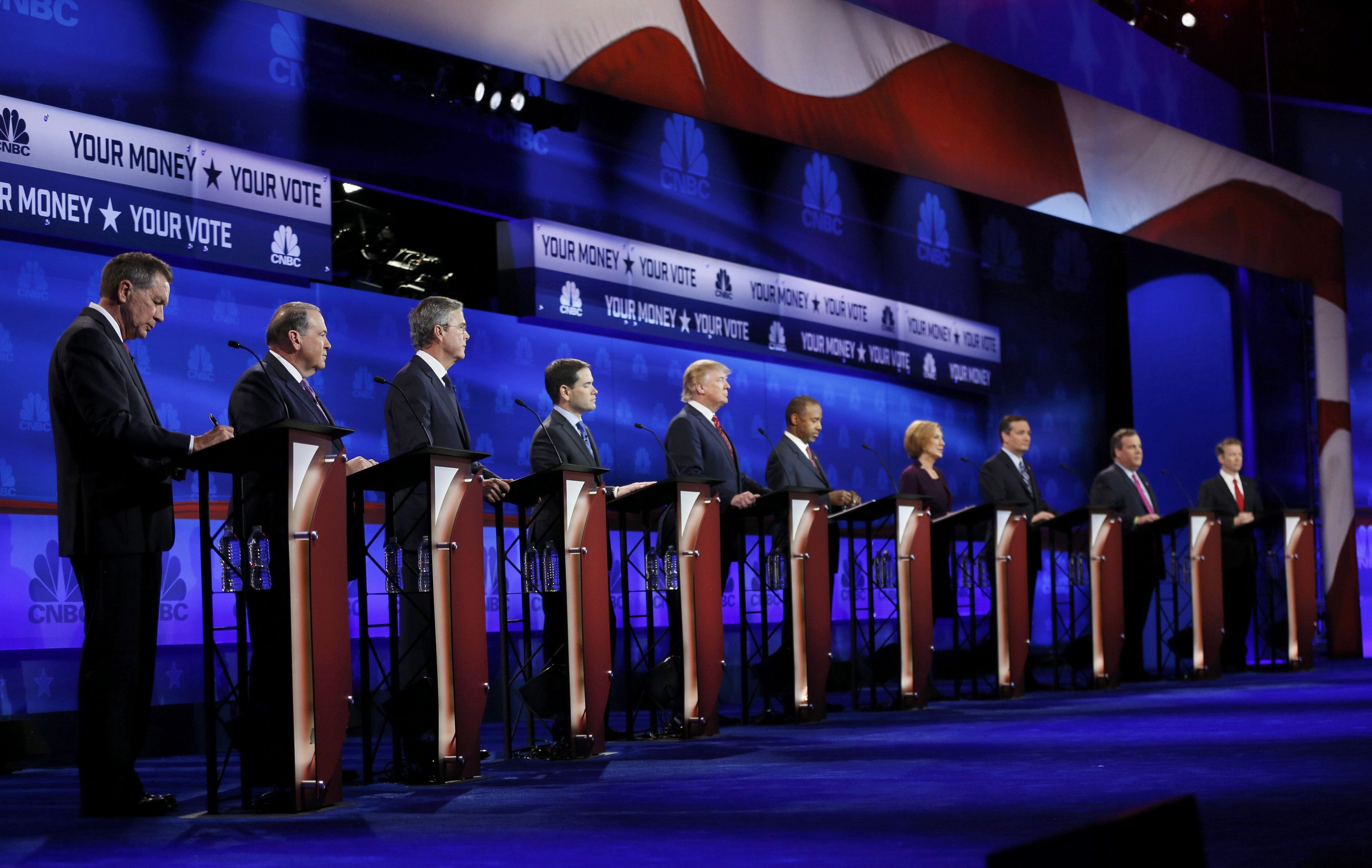 In spite of some encouraging results in some recent polls, New Jersey Gov. Chris Christie didn't make the cut for Republican main stage presidential debate hosted by the Fox Business Network and the Wall Street Journal next week. Former Arkansas Gov. Mike Huckabee will also be bumped from the main stage to the "undercard" debate.

To make the cut for the main debate stage, candidates had to have an average of 2.5 percent support in four recent polls -- polls from Fox News, Quinnipiac, Investor's Business Daily, and a poll from the Wall Street Journal and NBC.

Christie fell short, in spite of some recent relatively positive news. While he only received 3 percent support in this week's Quinnipiac poll, his favorability rate came in at 57 percent -- a marked improvement from a poll in March. Additionally, a poll out of New Hampshire showed that Christie's support in that key, early-nominating state has risen to 8 percent. Meanwhile, millions of people this week watched a video of Christie's emotional remarks regarding the problem of drug addiction.

In his response on Twitter to the news that he'll be bumped to the "undercard" debate, Christie linked again to those remarks.

To qualify for the undercard debate, candidates had to have at least 1 percent support in the four polls chosen by Fox Business and the Wall Street Journal.

Christian Ferry, Graham's campaign manager, said in a statement that regardless of his absence in next week's debate, "Senator Graham continues to be the foremost expert on foreign policy and national security in this field of candidates, on either stage... It is ironic that the only veteran in the race is going to be denied a voice the day before Veterans Day."

Ferry noted that one of the polls used to determine the debate participates -- the NBC/ Wall Street Journal poll -- only listed ten candidates as options rather than the full GOP field.

To ensure the Tuesday night debate is widely available, Fox Business Network has teamed up with cable and satellite providers nationwide to unbundle the channel for the event.