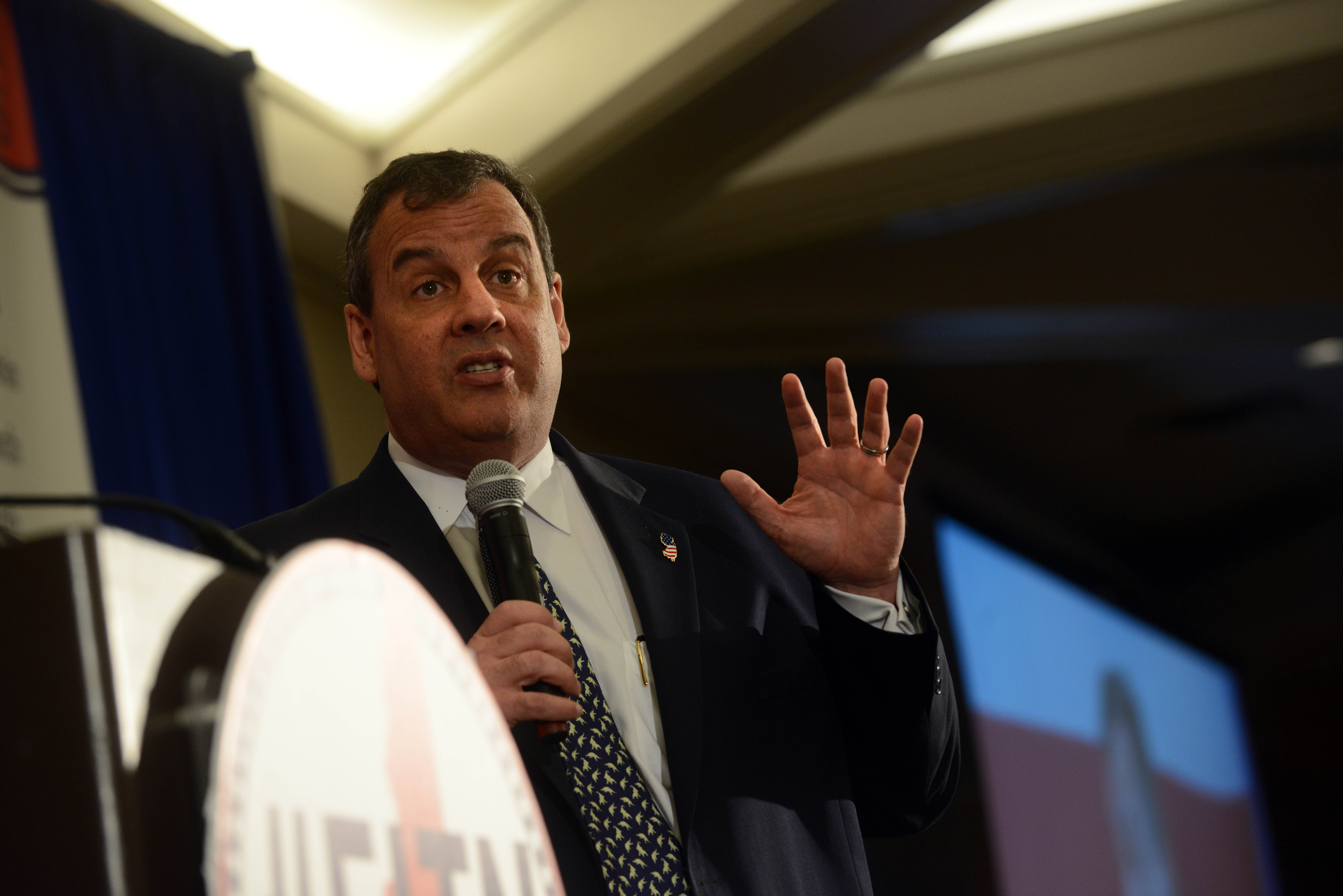 NASHUA, N.H. -- The brash Chris Christie might have met his own match at a New Hampshire craft expo featuring local fudge, hand-made jewelry, glass and artwork.

The New Jersey governor received a warm greeting from many of the vendors as he made the rounds with Manchester Mayor Ted Gatsas. At one point, he sank into a giant lime-green beanbag chair and joked he'd like one for his office.

But he also ran into Mike Morningstar, who bellowed at the governor, "You've gotta get tougher."

"You're the only person who's ever told me that," Christie responded.

Later, Morningstar, 70, who was selling moose antler dog chews, said he was a fan of Christie.

"I'm a fan of any tough guy," he said. "We got too many wimps in government already."

Later, Christie was peppered with press questions about his blunt campaign style and his recent comments on Jeb Bush, another possible contender for the Republican presidential nomination.

"I have great respect for Jeb, I've said that all along. He was a really good governor in Florida, and if he decides to run for president, we'll see what kind of candidate he is," Christie said.

To the reporter that posed the question about the former Florida governor, Christie said in an aside: "If you think that was an attack then I'm glad you're not running for president, because if you were, you'd be in the fetal position."

He also fielded a question about how his style compares with the declared Democrat in the race, Hillary Clinton. Christie, who's 52 years old compared to Clinton's 67 years, suggested that style is a function of age. "Listen, we're different people from different generations. We're going to approach things in different ways. As I've said to folks many times before, I'm not like most anybody else. I contrast pretty well with almost everybody. That's fine. We'll see how that goes, if it ever goes anywhere."

But whether this week has built momentum for a campaign, however, is "much, much too early" to tell.

Christie, in his turn on stage at a Republican summit Friday afternoon, kicked off his speech by noting that his son Patrick teased him for the trip, calling New Hampshire his "new home state."

"We've been here a few days this week" Christie joked.

But the light-hearted moments didn't take too much time from his criticisms of the current White House resident. The New Jersey governor also described President Barack Obama's leadership as aimless and said other countries take advantage of that.

"People around the world know the same thing that the people of the United States know," Christie said, "that they have a weak president who has weakened our country. And they are taking advantage of that in every way they possibly can."

Christie played up his direct style and said people "are hungry for that after nearly seven years of the type of aimless leadership that we've had from Barack Obama."