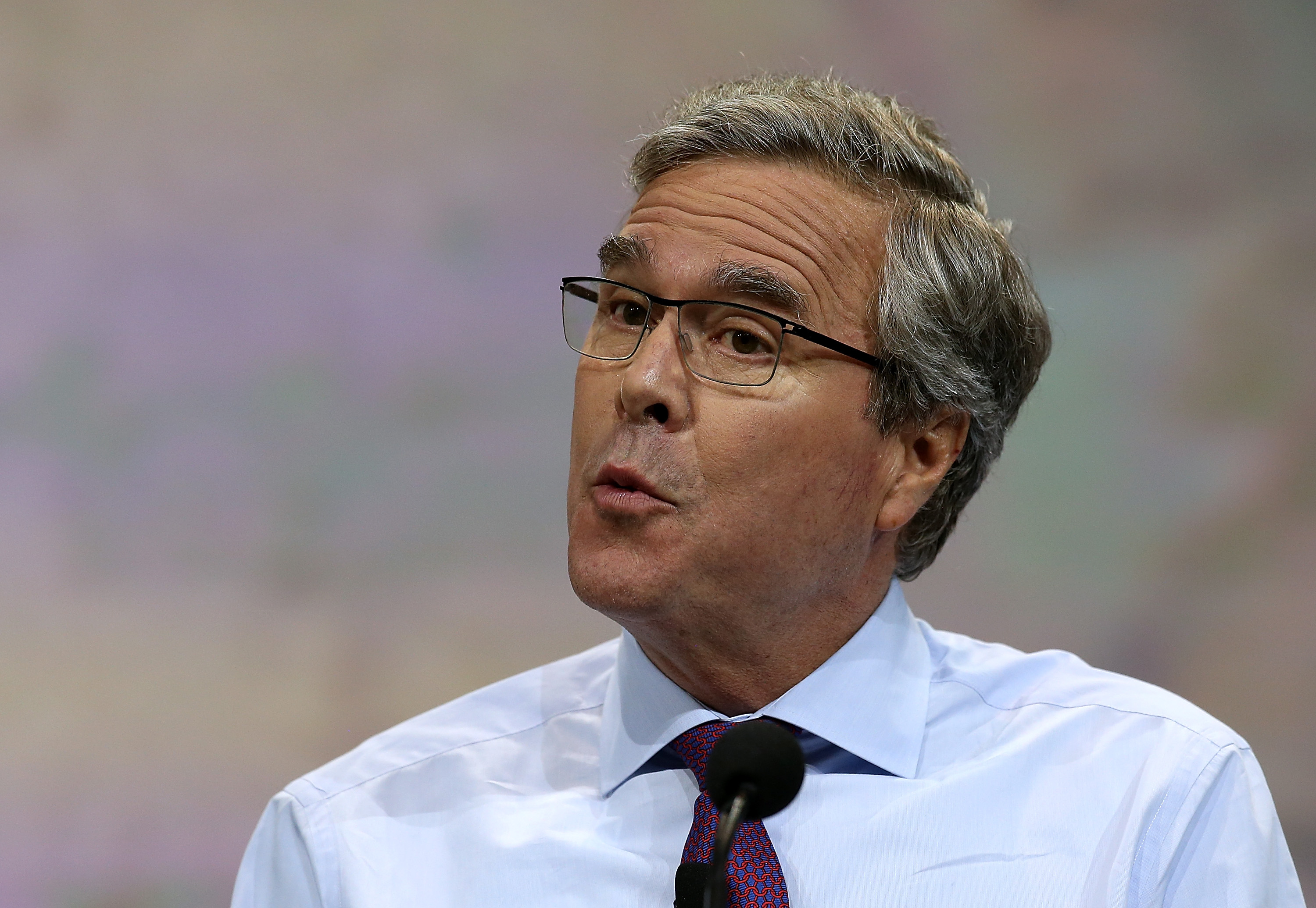 "We need to recognize that someone in their 30's is not going to get the benefits under the current situation," he said. "I think we need to raise the retirement age, not for the people who are already on it, but raise it over a long period of time for people who are just entering the system. And we need to do that in relatively short order."

Bush's remarks on the matter were less specific than Christie's, though the Florida politician discussed a range of issues at the Manchester event, including the national debt, foreign policy, energy, and veterans' rights.

GOP proposals to reform entitlements, he said, are "disastrous, not only politically, but I think they [would] be disastrous in terms of further breaking the trust between the government and its people."

Responding to a question about Christie's proposal to raise the retirement age and impose means testing, Huckabee said, "I don't know why Republicans want to insult Americans by pretending they don't understand what their Social Security program and Medicare program is."

"I'm not being just specifically critical of Christie, but that's not a reform," he continued. "That's not some kind of proposal that Republicans need to embrace because what we are really embracing at that point is we are embracing a government that lied to its people--that took money from its people under one pretense and then took it away at the time when they started wanting to actually get what they have paid for all these years."

As the Weekly Standard points out, Huckabee was strongly in favor of entitlement reforms in 2012.

"We already know that with no reform, Medicare is on track to go bankrupt in about 10 years," he wrote in a 2012 Facebook post.

The Weekly Standard did not report whether Huckabee on Friday explained why he changed his views.