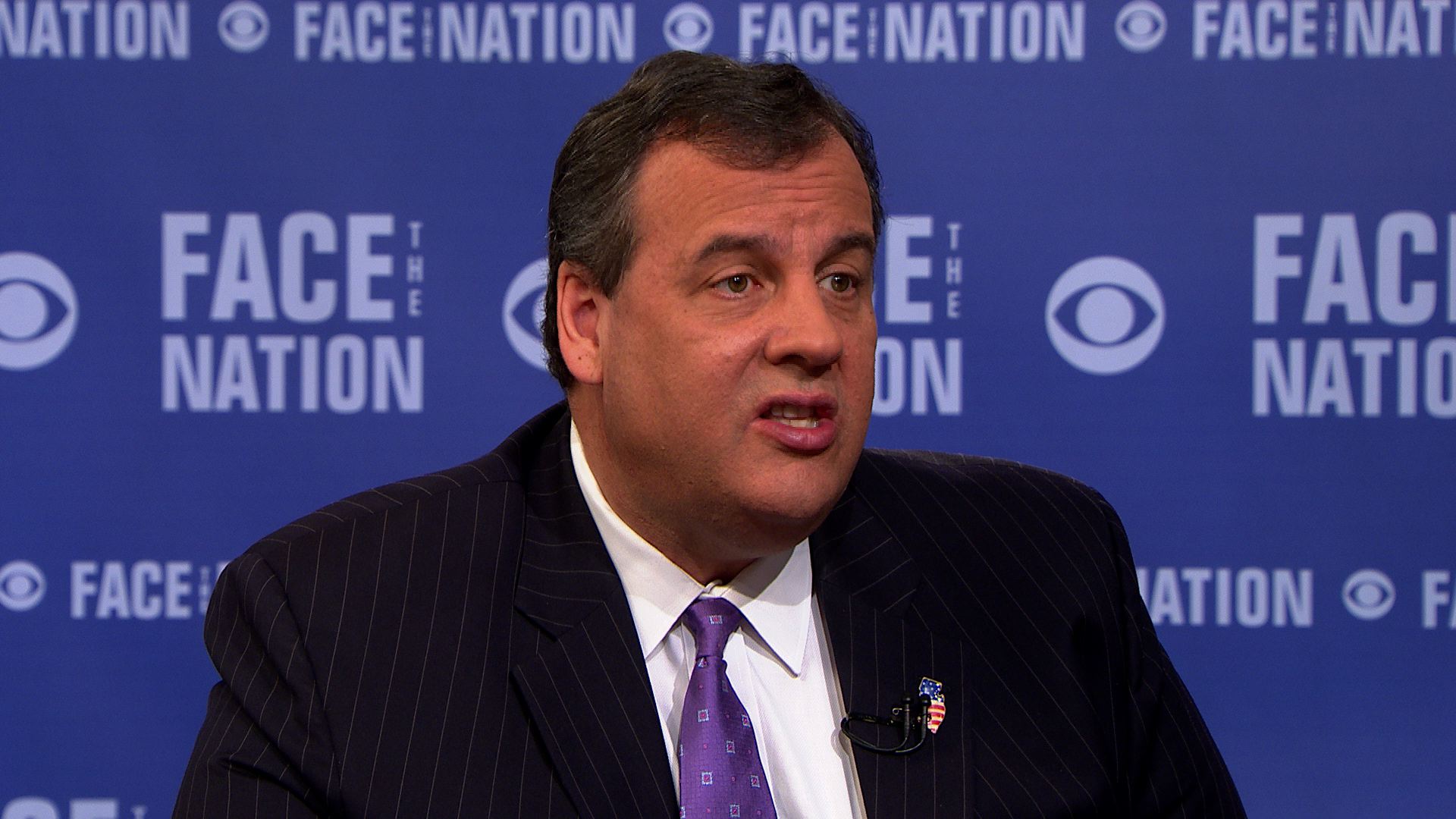 The president spoke Thursday at a White House forum on the problem of police violence among African-American communities, defending the movement as something that "we, as a society, particularly given our history, have to take this seriously."

But when pressed on whether the Black Lives Matter shouldn't be justified at all, Christie said: "I don't believe that movement should be calling for the murder of police officers."

When host John Dickerson interrupted to say that "they're not calling for the murder of police officers," Christie fired back.

"Sure, they are," the New Jersey Republican responded. "They've been chanting in the streets for the murder of police officers."

"That's what the movement is creating," Christie added. "And the president of the United States is justifying that, but not only that, he hasn't backed up police officers from the minute he's gotten into office. And we can cite instance after instance."

Christie cited the "lawlessness about no sanctuary cities" as another way the president has supported the breakdown of legal boundaries.

"We should not have sanctuary cities in this country," the 2016 contender said. That type of lawlessness sets a tone."

If he were elected president, Christie, who once served as New Jersey's Chief Federal Law Enforcement Officer, promised that he "will back up law enforcement, back up police officers."

"When there are bad cops, they need to be prosecuted, like there are bad lawyers and bad doctors and bad engineers, they all need to be prosecuted when they see something wrong," he added."But our police officers are putting their lives on the line every day, let's back them up so we can end the real violence in this country that's happening in the streets of our cities all across this country.

Christie also slammed the president for his record on working with a Republican majority in Congress.

"Our members of Congress have a job to do and what you need to do as president is to bring them together to set the priorities and then to get to know them, to cajole them, to threaten them, to hug them, to do all the things that you need to do to get them to do the things that have to be done," Christie said. "That's what a president's job is. This president has been AWOL on this for seven years. He doesn't have a relationship with the folks in his own party, let alone the Republicans."

On the upcoming elections for the House speaker, Christie said it didn't matter to him -- or to any voters in the Republican party.