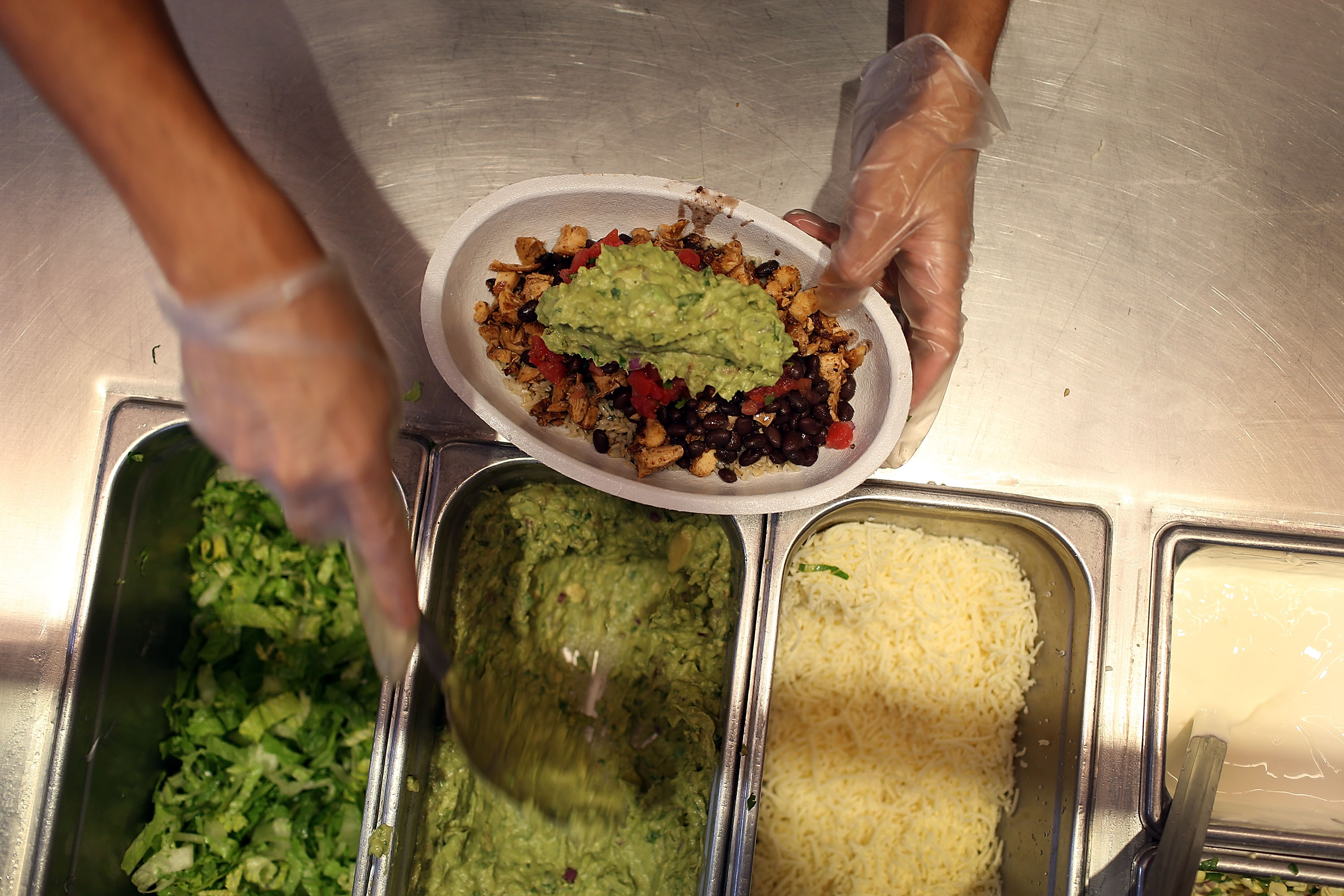 NEW YORK -- After an E. coli outbreak that sickened more than 50 people, Chipotle is tweaking its cooking methods.

Onions will be dipped in boiling water to kill germs before they're chopped. Raw chicken will be marinated in re-sealable plastic bags, rather than in bowls. Cilantro will be added to freshly cooked rice so the heat gets rid of microbes in the garnish.

"When you're given a project like this, you look at the universe of hazards," said Mansour Samadpour, CEO of IEH Laboratories, which was hired by Chipotle to tighten its procedures.

The changes mark a dramatic turn in fortunes for Chipotle, which has surged in popularity by touting its "Food With Integrity" slogan. As it expanded to more than 1,900 locations, the company also sought to draw a distinction between itself and other fast-food chains that executives said use "chemical additives" and "cheap artificial ingredients."

Now, Chipotle Mexican Grill Inc. may be suffering from traits that helped define it. In its annual report in February, the Denver company noted it may be at a higher risk for foodborne illnesses because of its use of "fresh produce and meats rather than frozen," and its traditional cooking methods," rather than "automation."

The warning began coming to life this summer when the chain was tied to foodborne illnesses in California and Minnesota, although those cases didn't get as much attention.

Then, at the end of October, E. coli cases were reported in Oregon and Washington, prompting the company to shut down 43 restaurants in those states. YouGov Brand Index said customer perceptions about Chipotle sank to their lowest level since it began tracking the company in 2007. That was before additional cases popped up in seven more states.

In November, sales crashed 16 percent. Then, an unrelated norovirus outbreak sickened dozens of students at Boston College. And this week, the Centers for Disease Control and Prevention reported five more cases of E. coli in later November linked to Chipotle, which it said might be part of a different outbreak.

In an editorial Wednesday, The Wall Street Journal said Chipotle's fast-food competitors could be forgiven if they indulge "in a little Schadenfreude" about the chain's recent troubles.

And Bloomberg Businessweek raises the question, "Can Chipotle get over food poisoning?" on the cover of its latest issue, complete with an illustration of a burrito vomiting its ingredients.

The cover story argues that these repeated incidents of foodborne illness were neither inevitable nor just an unfortunate coincidence. "There's a problem within the company," Michael Doyle, the director of the center for food safety at the University of Georgia, told the magazine.

The CDC hasn't identified what triggered the E. coli cases, and Chipotle executives say they may never be able to identify what made people sick.

In the meantime, the company can't risk waiting to figure out what went wrong.

Chipotle spokesman Chris Arnold said many of changes will be implemented in coming weeks, but that the company doesn't expect the taste of its food to suffer. Among the tweaks the company is making:

-Ingredients like onions will be macerated with lemon or lime juice to kill germs.

-60 samples of every 2,000 pounds of steak will be tested before it's sent to stores. A similar testing program will be implemented for chicken in coming weeks. Pork and barbacoa beef are already delivered cooked in sealed bags.

-Tomatoes, cilantro and other ingredients will be chopped in centralized locations, rather than in stores, so they can be tested. Chipotle has said in the past that tomatoes taste better when freshly diced in restaurants. After the outbreak, Chipotle co-CEO Steve Ells changed tunes: "If I'm eating a burrito that had tomatoes that were chopped in a central kitchen in the salsa or one that was chopped in house, I probably couldn't tell the difference," he said in an interview on CNBC last week.

Not all chopping will be moved to centralized locations. Onions, for instance, would oxidize and smell bad if they were chopped days in advance, Samadpour said. So they will remain chopped in restaurants, along with lemons, limes and jalapenos. All will now be blanched to kill germs.

Still, Chipotle's road to recovery may be long.

The industry got a wake-up call in 1993, when an E. coli outbreak linked to Jack in the Box sickened hundreds and left four dead. But the scare didn't extinguish the problem. After being tied to an E. coli outbreak in late 2006 followed by a widely publicized video of rats in one of its restaurants, Taco Bell's sales fell for multiple quarters.

"Frustratingly, there is no good precedent for Chipotle's food safety issues," wrote RBC Capital Market analyst David Palmer. But citing Taco Bell's past troubles, he forecast a year of sales declines for Chipotle.

Barclays analyst Jeffrey Bernstein has noted Chipotle's recovery may take longer than other chains that have been hurt by foodborne illnesses, because social media has increased people's awareness of such incidents.

He also noted that Chipotle's "Food With Integrity" slogan makes the E. coli cases all the more damaging.