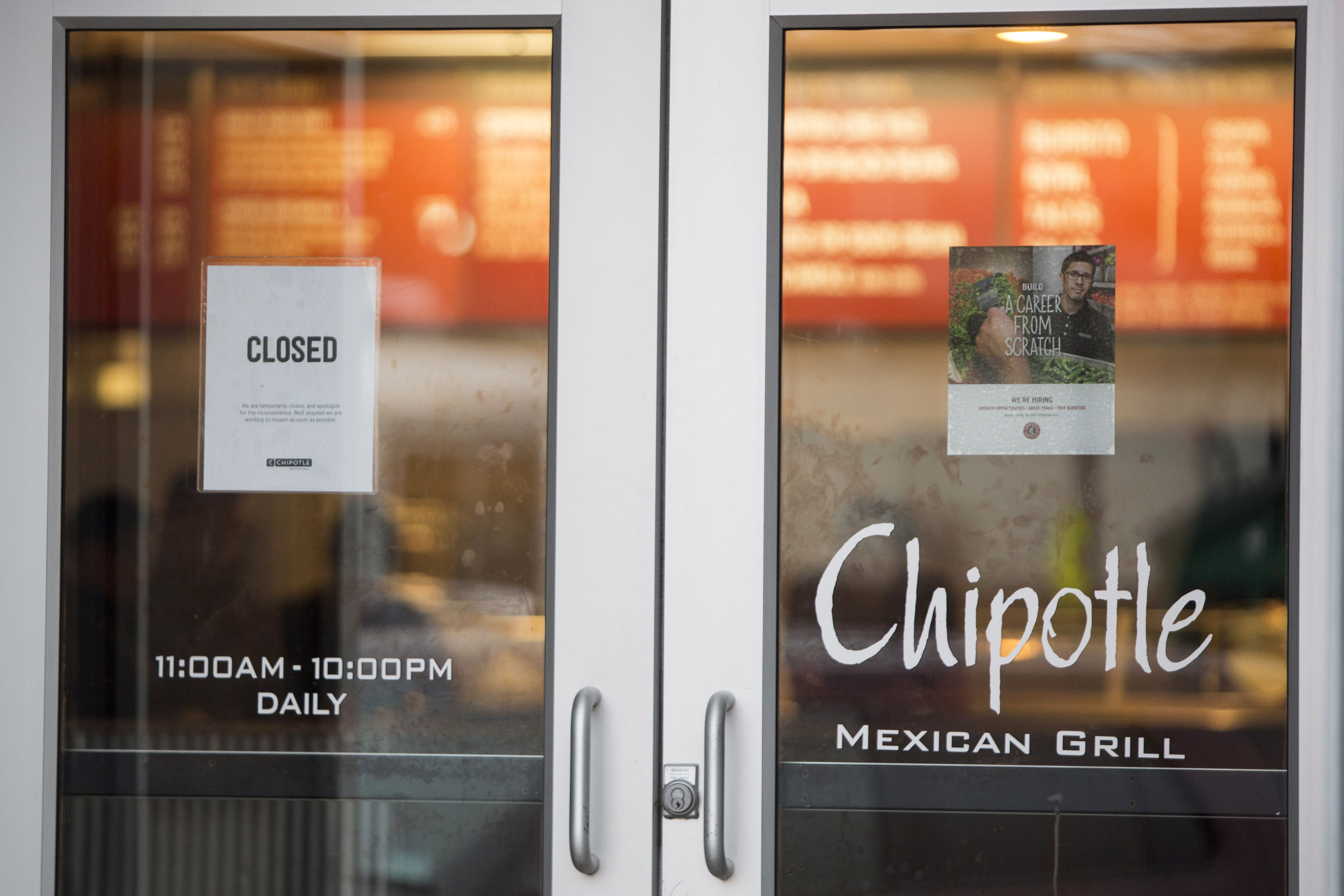 BOSTON - The number of Boston College students who became sick after eating at Chipotle has now risen to triple digits, CBS Boston reports.

Boston College officials said on Wednesday that 120 students are suspected of catching norovirus after eating at the restaurant in the Cleveland Circle neighborhood. Members of the Boston College men's basketball team were among those who became ill.

Chipotle closed the location in order to clean it and determine what caused the illness to spread.

Impacted students have suffered from vomiting and nausea that can last 24 to 48 hours and diarrhea that may last longer. The school asks anyone who has norovirus symptoms to contact Health Services.

Boston College says facilities staff members have stepped up efforts to clean common areas, and dining facilities on campus stopped self-service as of noon Wednesday to help prevent the infection from spreading to more students. BC Dining Services is offering "Flu Buddy Packs" that friends can purchase for their sick roommates.

Norovirus, the most common cause of foodborne illness in the United States, is often spread by infected food service workers.

The Boston outbreak comes not long after a multi-state outbreak of E. coli linked to the restaurant chain. At least 52 people in nine states have been sickened by E. coli since October. Most of those cases were in the Pacific Northwest, but several occurred on the East Coast in New York, Pennsylvania and Maryland.

Chipotle said it was temporarily closing the Boston restaurant where the students ate and was working with local health officials to investigate the cause of the outbreak. "The safety and well-being of our customers is always our highest priority," the company said in a statement.